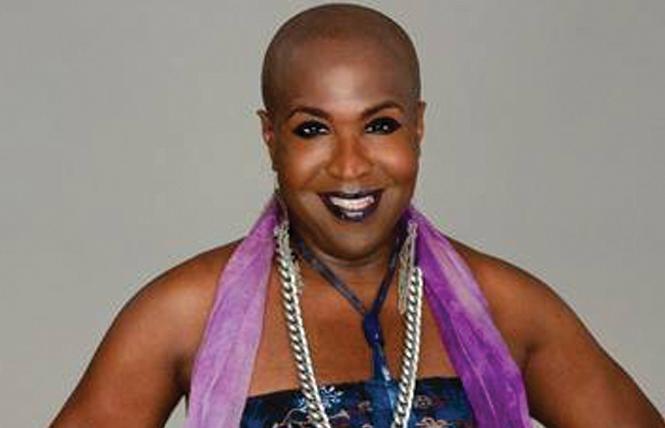 Toni Newman has resigned as the executive director of St. James Infirmary, effective February 25, to move back to Los Angeles.

"I have been commuting from SF to LA for five years and I decided I wanted to go home to Los Angeles," Newman wrote in an emailed statement to the Bay Area Reporter February 25. "I want to thank those who supported St. James Infirmary during my tenure and for all the support I personally received. St. James Infirmary is an amazing organization with a talented staff of 30 doing awesome work. These five years in San Francisco have been the best years of my life and I feel so blessed and honored to have worked in SF."

Newman, 57, a transgender woman who originally hails from North Carolina, came to San Francisco several years ago to be the director of development for Maitri Compassionate Care, which provides hospice care to people with AIDS.

In May 2018, Newman became the executive director of St. James Infirmary. Situated in the Polk Gulch, St. James focuses on offering health care and social services to current and former sex workers and others.

Newman told the B.A.R. that her "proudest moment" was being awarded a two-year case management contract for $2.3 million in rental subsidies for transgender and gender-nonconforming people. The funds are distributed by Larkin Street Youth Services.

"TGNC folks need housing more than anything else and to be able to provide that service was truly amazing," Newman wrote.

"She's been such a tremendous leader for our community," Haney wrote to the B.A.R. "She will be impossible to replace, but she's left an amazing legacy having impacted so many lives, and has done extraordinary work building up St. James Infirmary. I wish her the best with her next steps."

Clair Farley, a transgender woman who serves as director of San Francisco's Office of Transgender Initiatives, said, "We are so sad to lose her." She called Newman "an incredible community leader."

"It's hard to measure all she gave to San Francisco," Farley wrote in an email to the B.A.R. Tuesday. "Her partnership on Trans Home SF was a constant inspiration and her legacy of working to get our community housed will live on forever. I know she will continue to make important changes for the community as she moves on to new opportunities.

Newman said she did not know who will be leading St. James in the interim. St. James did not immediately respond to a request for comment.

Newman said that she is currently writing a second book. Her first book, a memoir titled, "I Rise — The Transformation of Toni Newman" was released in 2011.

"My partner and I are excited for the next chapter of our lives in Los Angeles," she added.