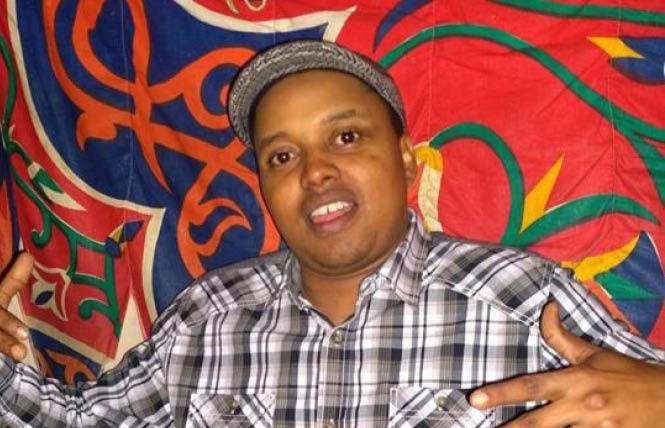 At a hearing in federal court February 14, an ICE official had to explain to Judge Charles Breyer why Oumar Yaide (pictured) — a gay, San Francisco man deported to Chad last year — has not been returned. Photo: courtesy Pangea Legal Services.

At a federal court hearing February 14, an officer of United States Immigration and Customs Enforcement had to explain what steps the agency would take to bring back a San Francisco gay man who a federal judge ruled had been deported erroneously.

Oumar Yaide, 32, was deported to Chad in December 2019. Within days, Judge Charles Breyer of the U.S. District Court for the Northern District of California ordered that the U.S. Department of Homeland Security had to bring Yaide back so that his asylum claim on the grounds of his sexual orientation could be heard.

Subsequently, DHS has not done so.

ICE official Polly Kaiser explained to Breyer Friday that DHS submitted a parole application for Yaide, (known in court documents as Abderman Yaide), which will be expedited so that it takes one week instead of one month.

After that, the U.S. Department of State can issue a letter authorizing Yaide's return.

Yaide's attorney, Sean Lai McMahon of Pangea Legal Services, asked for the State Department to expedite the letter to shorten the length of time for that process.

Breyer scheduled a status update conference for February 28, at which time he may order someone from the State Department to appear and explain what is happening.

The U.S. Attorney's office signaled that the federal government was going to comply with Breyer's order to return Yaide, but that it was going to issue a court filing Friday in case it wants to appeal later — a move that McMahon called "incredibly bizarre."

"This is very frustrating, but we have to assume they are going to comply," McMahon told the Bay Area Reporter after Friday's hearing.

McMahon noted that the federal government had a window to appeal before Breyer's December ruling went into effect, which it did not take advantage of.

McMahon also said he did not know the grounds of any potential appeal. Assistant U.S. Attorney Neill Tseng did not respond to a request for comment as of press time.

Yaide is still in Chad and has obtained a passport, though it was not his responsibility to do so to be brought back to the U.S., McMahon said.

As the Bay Area Reporter previously reported, federal inaction on complying with Breyer's order led friends of Yaide's to have a petition delivered to the office of Senator Dianne Feinstein (D-California) asking her to put pressure on the department to bring Yaide back.

After the petition, District 9 Supervisor Hillary Ronen introduced a resolution at the San Francisco Board of Supervisors asking for DHS to return Yaide. It passed unanimously February 4, and urges California Governor Gavin Newsom to make a comment on the situation.

At the time of his arrest by ICE, Yaide was working at a restaurant and lived in the Mission, according to his friend Haley Kay. He was held in Yuba County Jail (outside Sacramento), which contracts with ICE to hold people in the U.S. without legal permission.

In November — before a motion to reopen Yaide's asylum case on the grounds of his being gay could be heard — he was flown by ICE to Chad. Homosexuality is illegal in Chad, and is punishable there with up to three years in prison.

A habeas corpus petition was filed, but by the time the court enjoined ICE, Yaide had already left U.S. airspace, according to court documents.