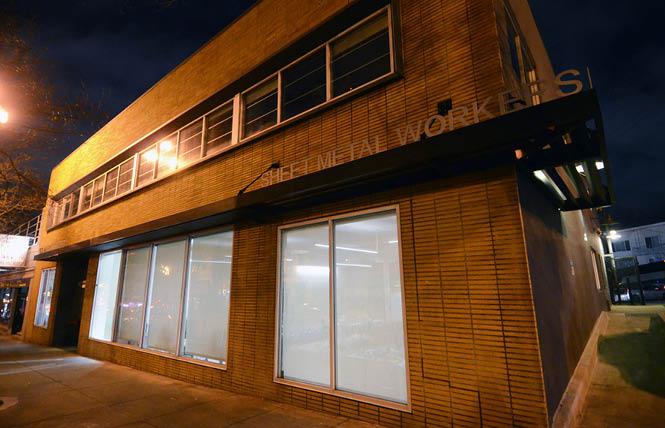 The city has announced its planned purchase of the building and parcel at 1939 Market Street in the Castro, where it aims to construct affordable senior housing. Photo: Rick Gerharter

With the city's planned $12 million purchase of a triangular lot on upper Market Street, San Francisco officials aim to provide additional affordable senior housing on the property. The development is expected to benefit older residents of the LGBT Castro district, as a certain number of units will be set aside for people residing in the neighborhood.

Mayor London Breed's office announced Tuesday that the city is in "advanced negotiations" to buy the existing building and parcel at 1939 Market Street from the union representing sheet metal workers. Once the sale is complete, the city will put out a call for proposals from developers to construct 100% affordable housing for seniors on the 7,840 square foot lot. 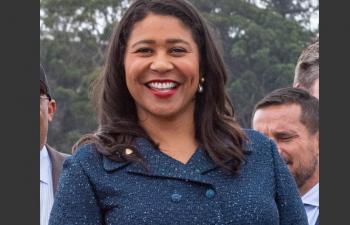 The bond also included language giving priority to projects in parts of the city that have seen little affordable housing built, such as the Castro neighborhood. The Board of Supervisors is expected to sign off on the acquisition of the land.

"Projects like 1939 Market are exactly the kinds of much-needed housing developments that we can now fund thanks to the 2019 Affordable Housing Bond," stated Breed.

Gay District 8 Supervisor Rafael Mandelman told the Bay Area Reporter he is hopeful of seeing the project primarily house LGBT seniors. The site, at the corner of Market and Duboce streets, is near the affordable senior housing project at 55 and 95 Laguna Street that was built specifically with LGBT older adults in mind.

"We have a lot of LGBT seniors and others in District 8 at risk of eviction and need a place to be to spend the rest of their days in San Francisco," said Mandelman. "Getting another bunch of units online for them is a real priority for me."

The 119 units of LGBT-welcoming affordable senior housing on Laguna Street was the result of a collaboration between Openhouse, a nonprofit provider of LGBT senior services in San Francisco, and affordable housing developer Mercy Housing. The first apartments at 55 Laguna, a rehabilitated former college building, opened in late 2016 and the residents of the newly built building at 95 Laguna started moving in last spring.

Due to anti-discrimination laws, any senior regardless of their sexual orientation or gender identity could enter the lotteries for the two buildings if they met the age requirements and financially qualified. It is estimated that roughly 65% of the residents in the buildings identify as LGBT.

Mercy oversaw construction of the housing, while Openhouse is responsible for providing services to the residents. It also relocated its offices into a ground floor space at 65 Laguna and is overseeing the build out of new community spaces at 75 Laguna. Construction on that project should be completed in February, and Openhouse hopes to start offering programming there in March.

Need for senior housing
It is too soon to know if the nonprofit would team up with Mercy again or another developer to bid on the 1939 Market Street site, Openhouse Executive Director Karyn Skultety, Ph.D., told the B.A.R. She did note the overwhelming need for additional below-market-rate housing for LGBT seniors and others in the city, pointing out there are 3,000 seniors on a waiting list for any vacancies at the two Laguna Street buildings.

"Obviously, we are really excited to see the city move forward with the intent to purchase this land. At this point there is a lot to be sorted out and figured out," said Skultety. "Of course we are thrilled to see the city moving forward to create more affordable housing in the city. We celebrate every day the strong community of residents we have at 55 and 95 Laguna. Our heart breaks everyday for the thousands of seniors caught in our housing crisis."

LGBT seniors in particular, said Skultety, "feel pushed out by the city they helped to build."

The city's current budget included $40,000 to hire a consultant to look at how to construct more affordable housing in District 8, which includes the Castro, Noe Valley, Diamond Heights, and Glen Park. The Mayor's Office of Housing and Community Development recently hired Rick Jacobus, the principal of Street Level Urban Impact Advisors, to conduct the study, said Mandelman.

Across the street a condo development, featuring 96 units, 14 of which are to be below-market-rate, was approved in 2018 for 1965 Market Street and 255-291 Duboce Avenue, currently the site of a surface parking lot and a commercial building with several tenants, one of which is a FedEx Office Print and Ship Center. Construction has yet to begin, and the property with the entitled project was listed for sale last spring for a reported $15 million.

Number of units unclear
It is unclear how many units of affordable senior housing will be built at 1939 Market Street. A listing for the sale of the property noted its zoning places no limits on unit-density and allows for the construction of structures up to 85 feet in height. What is known is that 25 to 40% of the units built there would be reserved for people living in District 8 or within a half-mile of the project.

"Once built, 1939 Market Street will add to our ever-expanding portfolio with over 80 new units of permanently affordable housing for seniors where they can age in place with a sense of continuity and grace," stated Mayor's Office of Housing and Community Development acting Director Dan Adams.

The mayor's office also noted the housing would be built above sidewalk-fronting spaces, allowing for "expansive ground-floor activation opportunities." Under recent zoning changes that Mandelman pushed through last fall, nonprofits that provide activities and programs onsite are an allowable use in the upper Market Street corridor.

With the desire to maximize the property for as much senior housing as possible, it is doubtful the site could double as a home for the GLBT Historical Society's future, permanent LGBTQ history museum or the National AIDS Memorial Grove's planned center for social conscience where it can display the AIDS quilt, which it is now steward of, as both projects are planned for the Castro.

"My hope is this is going to be an LGBT-affirming senior residential community along the lines of 55 and 95 Laguna," said Mandelman. "I would be excited to see Openhouse be part of that."