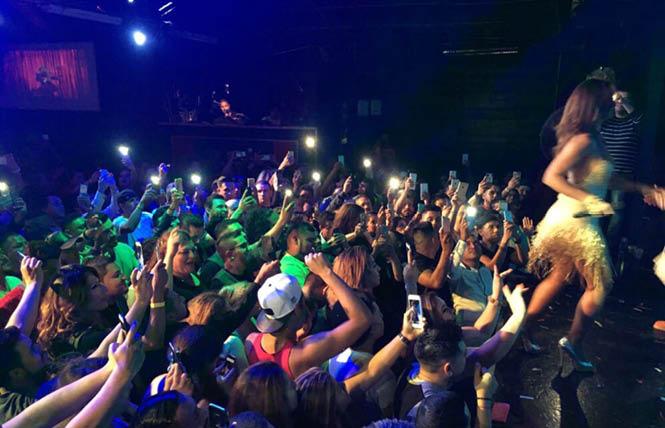 Two Oakland LGBT bars are closing next month after they were given move-out dates by a new landlord who wants to transition the property to office use, according to Club 21 and Club BNB general manager Carlos Uribe.

The news comes as downtown Oakland is undergoing a rebirth, with new housing developments and office buildings under construction or in the pipeline, and a host of new restaurants opening this year.

Club 21 and Club BNB (formerly the Bench and Bar) — which are located at 2111 Franklin Street and 2120 Broadway Street in downtown Oakland, respectively — were told they had to leave by January 15. Their last day of business will be Sunday, January 12.

Uribe said that the building both bars are housed in was bought "maybe two years, a year-and-a-half ago" by San Francisco-based real estate firm Ellis Partners.

"Initially it was up in the air," Uribe said. "They didn't know exactly what they were doing. They considered purchasing nearby properties for a larger project."

Uribe said that the bars operated on a month-to-month lease for a while until Ellis gave a final move-out date.

Ellis Partners did not immediately respond to a request for comment.

"We don't want to close," Uribe said. "We are losing queer spaces left and right, not only in Oakland and San Francisco but around the country.

"Club BNB and 21 cater specifically to queer communities of color — Club 21 has been Latinx and caters to that and Club BNB to the black community," he added.

"When (BNB) was on 17th Street we were encouraged to move to this location because they wanted more bars and businesses to make this an arts district," Uribe said. "Ultimately, it has led to us being pushed out."

Sean Sullivan, a gay man who co-owns the nearby Port Bar at 2023 Broadway next to the Paramount Theatre with his partner, Richard Fuentes, said he is "sorry to see them go." The Port Bar had teamed with Club 21 operations and marketing director Valentino Carrillo, who goes by Valentino Presents, to host the Qué Rico! party, which is on the second Saturday of the month.

"We were always hoping that we'd be able — with them — to increase the footprint of queer spaces in uptown and downtown," Sullivan said in a phone interview. "There's a real need for entertainment for the migrant population, the Latinx, Spanish-speaking population."

Sullivan said that the Port Bar is "looking forward to welcoming them."

With Club 21 and BNB's closure, the Port will be the only LGBT bar in downtown Oakland. The White Horse, one of the country's longest, continuously operating gay bars, is located on the Oakland-Berkeley border.

Oakland Mayor Libby Schaaf and at-large Oakland City Councilwoman Rebecca Kaplan, a lesbian who is president of that body, did not immediately return messages seeking comment.