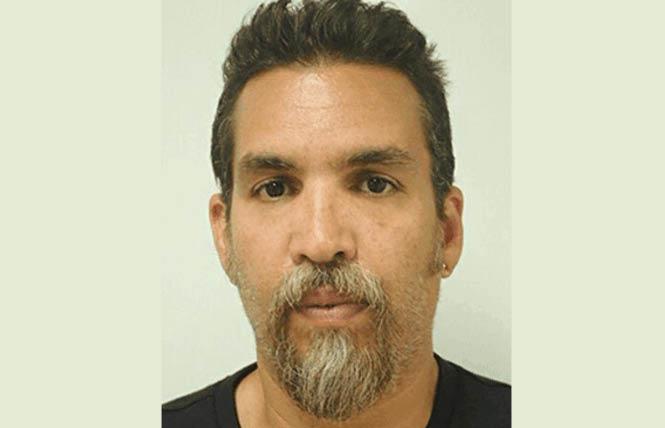 In an extraordinary jailhouse interview on the eve of closing arguments in the Ghost Ship trial, defendant Derick Almena told the Bay Area Reporter he believes the fire was set by arsonists and may have been a hate crime targeting a "totally queer event."

He also said officials are motivated to cast blame on him to deflect culpability from numerous city officials who effectively gave the Ghost Ship space a stamp of approval.

Almena spoke to the B.A.R. Sunday, July 28, on a videophone from the cellblock where he is being held in the Santa Rita Jail in Dublin. He spoke for the maximum allowed 25 minutes before the call cut off. Almena and co-defendant Max Harris have been in custody since their arrests a little over two years ago. Prosecutors say the men created a death trap in the Oakland warehouse that resulted in the deaths of 36 people in the December 2016 fire. Almena was the master tenant in the warehouse dubbed Ghost Ship. Prosecutors say Harris was the second-in-command.

The cause of the fire has not been determined but defense attorneys presented witness testimony suggesting that arson was the likely cause.

When asked if he believed the fire was caused by an arsonist, Almena replied, "I have always thought that."

Almena noted that 30 days before the fire, there was a fire at an event in a neighboring warehouse and that the hooded suspects connected with that fire matched a witness' description of possible arsonists seen at the Ghost Ship at the time that fire broke out.

Almena told the B. A. R. that the arsonists could be "pyros" or may have been motivated by "hate."

"It was a totally queer event," Almena said. "If word got out that we were hosting and housing those kinds of situations, I could see a bunch of these street kids and totally, like, 'Oh man remember that building they kicked us out of. That guy's always fuckin' with us.' I could totally see that."

Among the 36 people killed were three who identified as transgender individuals.

Almena noted although he lied to police when he told them he wasn't living in the warehouse, the safety regulations are higher for public events than for private residences and that city officials who visited the space never objected.

"So, there's all these officials that were inside that know we're having events. They know what we're doing and not one single citation, not one single reprimand," Almena said.

Almena noted the civil lawsuits against the City of Oakland and said it is in the city's best interest to focus the blame on him and Harris.

When asked if he had thoughts on how the jury was leaning, he responded, "I think that I've been painted like such a monster that it's hard, especially if you're trying to focus on changing their mind by, like, staring at them by smiling at them or focusing on, I think, that's kind of rude so really I gave the jury their space. I kind of rarely even shifted my attention to them. I didn't want to make them uncomfortable like I was trying to manipulate them. So honestly, I don't know."