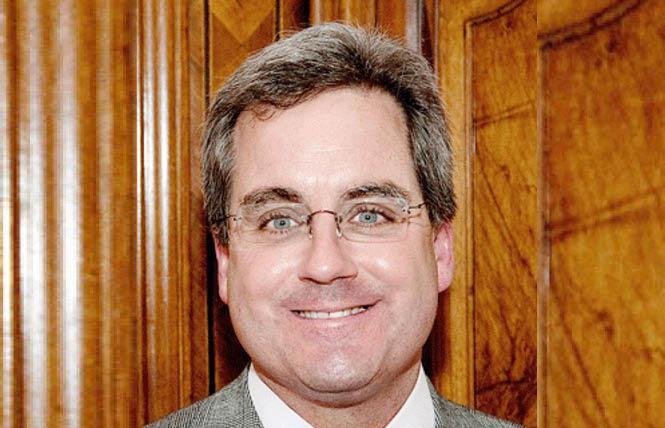 On the eve of San Francisco's Pride weekend, City Attorney Dennis Herrera on Friday forced the Trump administration to delay implementation of a rule that would allow health care staff to refuse to provide medical treatment to people, even in emergencies.

The rule was to have gone into effect July 22.

According to a court filing by the U.S. Department of Justice, that date has been pushed back to November 22.

Both parties agreed to the delay, Herrera's office told the Bay Area Reporter. Herrera sued after the rule was announced in May and sought a preliminary injunction. The new legal filing means the Trump administration has agreed to a court order preventing it from implementing the rule for four months.

"Faced with the law, the Trump administration blinked," Herrera said in a news release. "We have won this battle — and it was an important one — but the fight is not over."

The federal Department of Health and Human Services issued the rule that Herrera said would reduce access to health care, particularly for women; LGBT people; and other medically and socially vulnerable populations.

The new rule would allow health workers to refuse to perform or assist medical procedures — like sex reassignment surgery, abortion, or assisted suicide — if it violates their "conscience" or religion.

Herrera filed the lawsuit in U.S. District Court for the Northern District of California. He said in May that HHS exceeded its statutory authority by creating its "conscience" rule and violated the Administrative Procedure Act, the spending clause, separation of powers principle, and other provisions of the U.S. Constitution.

"The Trump administration is trying to systematically limit access to critical medical care for women, the LGBTQ community, and other vulnerable patients," Herrera said Friday. "We're not going to let that happen. We will continue to stand up for what's right."

According to Herrera's May release, the new rule requires cities like San Francisco — in all circumstances — to prioritize a staff person's religious beliefs over the health and lives of patients. The rule is so broad that it applies not just to doctors and nurses, but anyone even tangentially related to health care, like receptionists. Schedulers, for example, could refuse to schedule appointments for LGBTQ patients or a woman seeking information about an abortion, the release stated.

If San Francisco refused to comply with the rule, Herrera said it would have faced losing nearly $1 billion in federal money that funds everything from Medicaid to Medicare to HIV treatment to assistance for low-income families and foster children.

The Service Employees International Union Nurse Alliance of California, which represents more than 35,000 registered nurses from both public and private sector health systems in the state, wants congressional leaders to direct the Office of Civil Rights in the U.S. Department of Health and Human Services to disband its Conscience and Religious Freedom Division and instead work to eliminate bias in health care.

The office of Speaker Nancy Pelosi (D-San Francisco), who is in town to host a number of fundraisers this weekend and to march in Pride Sunday, told the B.A.R. that she supports the nurses' goals.

"The creation of HHS' Conscience and Religious Freedom Division is the Trump Administration's latest ploy to license discrimination against the LGBTQ community and deny women their right to comprehensive health care," Pelosi spokesman Taylor Griffin wrote in an emailed reply.