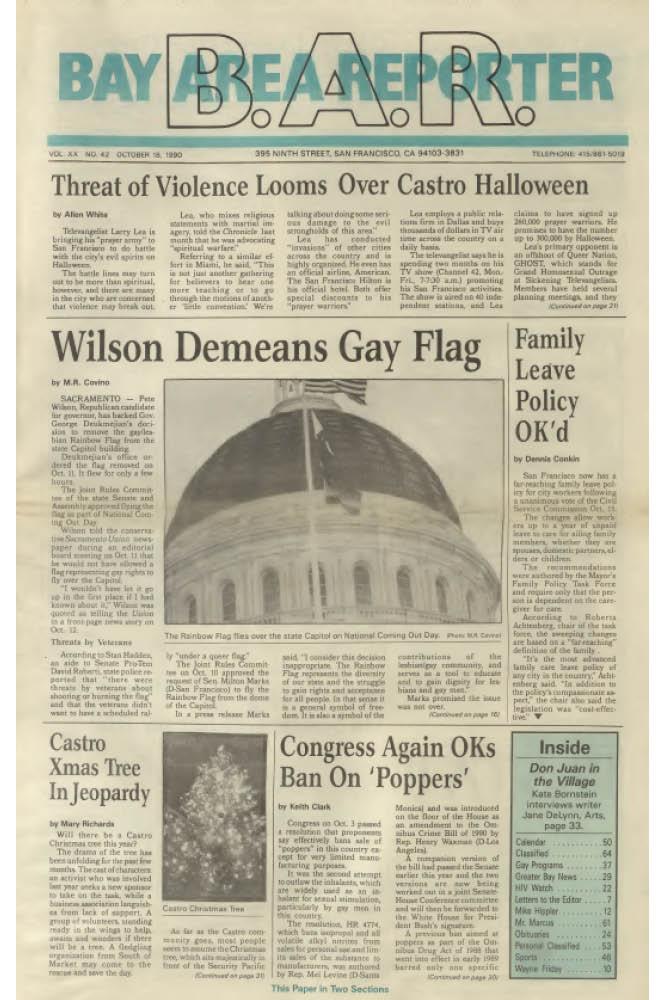 Asked about seeing not only Newsom, but Wisconsin Governor Tony Evers and gay Colorado Governor Jared Polis fly the Pride flag at their state Capitols for the first time this year in honor of Pride month, Bosia replied he was surprised it hadn't happen sooner.

"To be honest, I am surprised that it has taken this long for the second raising of the flag. But now it is much easier in some ways," wrote Bosia, an associate professor of political science at Saint Michael's College. "Imagine how dark 1990 was, and how much anger, after nearly a decade of AIDS, the Bush administration, the 1990 AIDS Conference in San Francisco, the failure of Prop S, state and local budget cuts. We really needed something that gave us hope, and that's why we did it."

For the first time in our state's history, the Pride flag has been raised at our State Capitol!! pic.twitter.com/j37udcMTZ9— Gavin Newsom (@GavinNewsom) June 17, 2019

Updated, 6/18/19: This article has been updated to include comments from Governor Newsom.