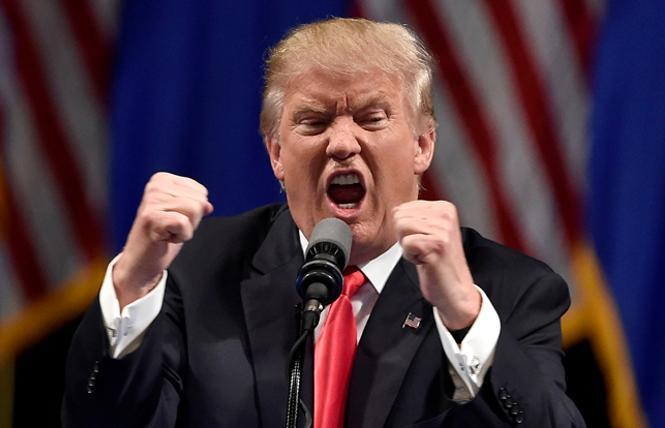 In a move some say is inviting mistreatment of LGBT people, the U.S. Department of Health and Human Services proposed Friday to "substantially revise" language in the Affordable Care Act to eliminate protections against discrimination based on gender identity in health care.

The news May 24 came just weeks after HHS finalized a rule to enable health care providers to refuse certain services by citing personal religious and moral beliefs, and just days after the Department of Housing and Urban Development proposed a rule to allow homeless shelters receiving federal funds to turn away transgender people seeking help.

The new HHS proposal seeks to substantially change Section 1557 of the Affordable Care Act, which prohibits discrimination in health care on the basis of race, color, national origin, sex, age, and disability.

In May 2016, under then-President Barack Obama, HHS issued regulations stating that the section's language prohibiting discrimination based on "sex" included gender identity.

But the new proposal states that HHS is obligated to comply with a national preliminary injunction from a federal district court in Texas. HHS says that injunction, in Franciscan Alliance v. Burwell, barred enforcement of the prohibition against "gender identity" and "termination of pregnancy" discrimination.

Interestingly, the new proposed rule says HHS's Office of Civil Rights "has decided not to resolve in this rule whether discrimination on the basis of an individual's sexual orientation status alone is a form of sex discrimination."

An HHS news release said the change would save taxpayers approximately $3.6 billion over five years.

Lambda Legal Defense and Education Fund said the proposed change would "carve-out LGBT people from the Affordable Care Act's non-discrimination protections" and "permit health care workers, doctors, hospitals, and health insurance companies that receive federal funding to refuse to provide or cover health care services critical to the health and wellbeing of LGBT people, such as transition-related and reproductive care."

"By repealing a regulation clarifying that LGBT people are protected against health care discrimination under the Affordable Care Act's non-discrimination provisions, the Trump administration seeks to deny life-saving health care to LGBT people and others and replaces these critical protections with a narrow definition of sex, not grounded in science or the law," said Diana Flynn, Lambda Legal's litigation director.

Flynn also pointed to the timing of the announcement.

"The move comes during the same week that HHS finalized its Denial of Care Rule inviting heath care discrimination against LGBT people and others, and the news that the Department of Housing and Urban Development is proposing a new rule that will allow federally-funded homeless shelters to turn away transgender people. This week's nefarious trifecta," said Flynn, "is just the latest in the Trump administration's unrelenting campaign to promote anti-LGBT discrimination."

"With this proposed regulation," said Gonen, "the Trump administration is inviting mistreatment of the LGBT community, which will likely result in thousands of people going without essential health care services and coverage."