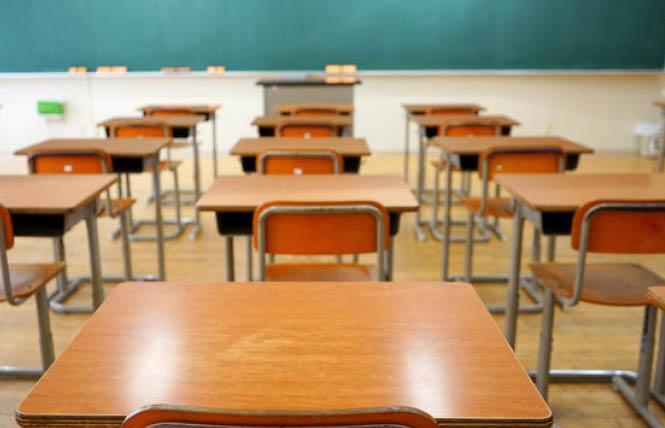 The California State Board of Education has approved LGBT-inclusive sexual education guidelines for public and charter schools to use in all grades from kindergarten through high school.

After hearing several hours of public testimony Wednesday, the education panel voted unanimously to adopt the recommendations for what local school districts should be including in their pro-LGBT sex ed lesson plans. Officially known as the Health Education Framework, it provides guidance to educators and curriculum publishers about how they should be teaching and including the LGBT-inclusive health education lessons as well as a number of other topics.

"Every student should have the knowledge and skills they need to grow into a happy and healthy adult," said board member Feliza I. Ortiz-Licon, adding that providing students with medically accurate and inclusive sex ed instruction "is the right thing to do."

She also stressed that the framework "is not mandatory" nor is it "curriculum." Instead, it is to be used as "guidance" by educators, she noted.

In 2020, the state education office expects to start the approval process for new instruction materials schools can buy to go along with the revised framework.

As explained by the state office, one of the main outcomes educators are looking for from the revised sex ed curriculum is seeing students "develop healthy attitudes concerning adolescent growth and development, body image, gender, sexual orientation, relationships, marriage, and family." Another is promoting "understanding of sexuality as a normal part of human development."

As the Bay Area Reporter noted in a story last November, state lawmakers in 2015 adopted legislation requiring that all comprehensive sexual health and HIV prevention instruction and materials in grades K-12 be inclusive of LGBTQ students.

Under the state law, students are to be taught about "comprehensive sex ed" at least once in middle school and at least once in high school. Individual school districts can decide to require the classes be taught in kindergarten and elementary school, but if they do, those lessons must also be LGBT-inclusive.

According to LGBT advocates, many schools across California have already adopted sex ed curriculum that includes lessons on sexual orientation and gender identity. The state, however, does not track what districts are teaching, so it is unclear just how many school districts are complying with the law.

Parents concerned, and at times confused, about what their children are being taught about sexual health have been speaking out at their local school board meetings as districts around the state work to adopt the new guidelines for sexual health classes. Controversies engulfed schools last year in Chino, San Diego, and Orange County over the teaching of the new LGBT-inclusive sexual health curriculum.

And anti-LGBT groups have focused on the issue over the last year as the state education board has been reviewing the curriculum guidance. They have been falsely warning their supporters that the state is now requiring children to learn the LGBT "birds and the bees" when it comes to sex.

The state does allow for parental exemptions should families want to have their children opted out of the sex ed classes. The education board also removed several recommended books it had advised schools could use due to their inclusion on the list causing unnecessary confusion about what the state wants students to learn in sex ed.

"Unfortunately, a few books generated a lot of misinformation and controversy," said Ortiz-Licon, who stressed that, "We are not trying to ban books" by removing them from the list.

At the hearing Wednesday more than 190 people either opposed or in support of the framework addressed the state board. Many parents and conservative religious leaders asked that the framework be rejected as they prefer to teach sex ed to students on their own and fear the lesson plans would "sexualize minors," as one speaker protested.

"The majority of the values of the people of California are not reflected in the framework," said Nevada City resident the Reverend Dan H. Prout, president of Sierra Ministries.

Heather Gibson, a mother of an 8-year-old girl, objected to the recommended textbooks that include illustrations of young children checking out their genital parts.

"This is pornography," she complained, while holding up the material. "My children should not be subject to these materials in school. I can talk to my child about these issues when they are ready."

Supporters of the framework argued it would benefit all students, whether they identify as LGBT or not.

"School health classes are one place where the curriculum is focused on the students themselves. It gives students age appropriate and medically accurate information students can use to act responsibly," said Cathy Hall, a health advocate with the California State PTA.

A number of LGBT youth spoke out in favor of the framework, noting that the sexual health classes will provide a safe space where they can learn about safe sex practices and other topics they otherwise would not have access to. One student, who identified herself as Vicky and a survivor of sex abuse, relayed how she wished she had been taught under the new framework as it could have helped her understand what consent is during sexual encounters.

"If I had known these things about consent during sex earlier it would have helped me at those times," she said, adding that being taught LGBT-inclusive sex ed "would have meant the world to me at that age."

Linda Darling-Hammond, president of the state education board, suggested that the framework will help address many of the concerns parents had expressed during the hearing since it provides guidance to their local school districts on what they should be teaching in sex ed classes. What is being taught currently, she noted, is not based on the framework that was adopted today.

"And I think this framework might actually help with some of the concerns and problems they may have experienced from local districts where they were told we have to do this by law," she said. "The framework itself is not mandatory."

To learn more about the sexual health framework, visit https://www.cde.ca.gov/ci/he/cf/index.asp.