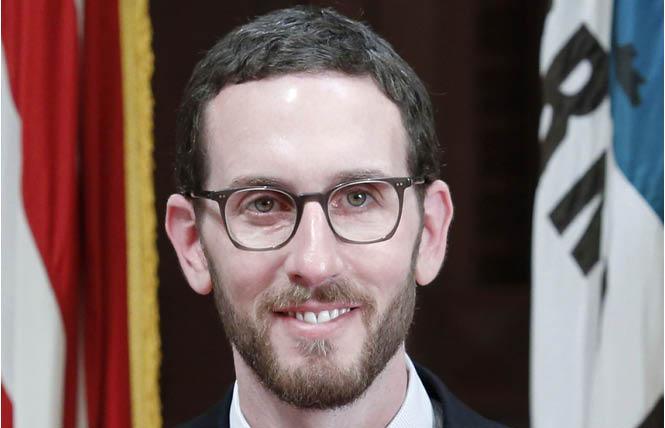 Gay state Senator Scott Wiener announced Monday that his bill to ensure intersex individuals can provide informed consent before any medical treatments or interventions was pulled from this year's legislative calendar amid strong opposition from medical groups.

In a news release, Wiener (D-San Francisco) said he and advocates for intersex youth would try again in January.

After a hearing last week, the Senate Committee on Business, Professions, and Economic Development at first postponed a vote to see if consensus could be reached between the bill's supporters and medical associations that had previously refused to negotiate with Wiener. It was pulled from the agenda April 8.

Senate Bill 201 would have banned most intersex surgeries on infants.

Intersex people, who account for 1 to 2% of the population, are defined as those born with any variation of reproductive or sexual anatomy characteristics including genitals, chromosome patterns, and sex hormones. While some intersex people also identify as transgender or nonbinary and members of the LGBT community, not all do.

Intersex advocates said they understood the chance's of the bill's passage were dim but praised Wiener for his effort.

"SB 201 has not only already raised tremendous intersex visibility in California and national media, it has given our entire community hope that compassionate and ethical care for children born with intersex traits is on the horizon," said Kimberly Zieselman, executive director of interACT: Advocates for Intersex Youth, and an intersex woman herself affected by the surgeries.

But SB 201 faced opposition from the powerful California Medical Association and the Societies for Pediatric Urology.

"We've made significant strides in California to protect the right of sexual minorities to determine our lives and make decisions about our own bodies, but much work clearly remains to raise awareness and educate about this important civil rights issue, both in the Legislature and in the medical profession," Wiener said in a news release. "Progressive California should not be denying individuals the basic human right to decide what happens to their own bodies, yet that is exactly what is happening as surgeons and parents assign genders to babies without any actual input from the child."

Writing in an op-ed in the Bay Area Reporter last month, Dr. Lane Palmer, president of the Societies for Pediatric Urology, stated that Wiener's bill eliminated the choices available to parents.

The CMA also came out against SB 201 in March.

"The bill makes an exception for any procedure or treatment that is deemed medically necessary, which is defined in such a way that cannot properly address the complexity of [disorders of sex development] cases and potentially endangers the physical and emotional health and future of the patient," wrote Brandon Marchy, legislative advocate with the CMA's Center for Government Relations, in a letter to state Senator Steven Glazer (D-Orinda) chair of the Senate Committee on Business, Professions, and Economic Development.