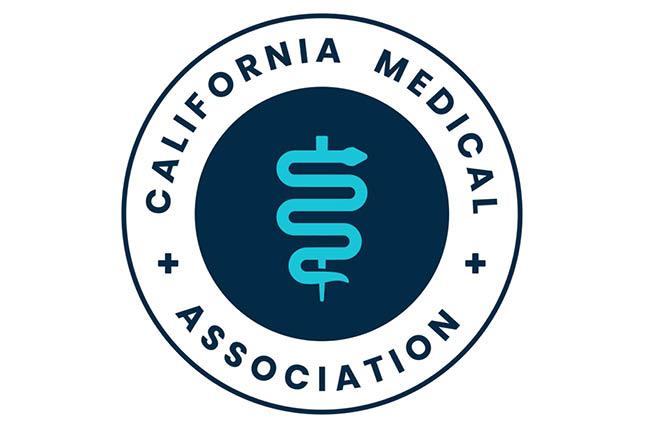 The California Medical Association has come out against state Senator Scott Wiener's bill that would ban medically unnecessary surgeries on intersex infants.

A statewide medical professional group has come out in opposition to legislation that would ban medically unnecessary surgeries performed on intersex infants in California.

In a letter sent February 12 to state Senator Steven M. Glazer (D-Orinda), chair of the Senate Committee on Business, Professions, and Economic Development, the California Medical Association detailed why it is opposed to Senate Bill 201. The lobbyist group cited concerns for how disorders of sex development (DSD) treatments are defined in the legislation for why it opposes the bill.

"The bill makes an exception for any procedure or treatment that is deemed medically necessary, which is defined in such a way that cannot properly address the complexity of DSD cases and potentially endangers the physical and emotional health and future of the patient," wrote Brandon Marchy, legislative advocate with the CMA's Center for Government Relations.

Known as the Intersex Bodily Autonomy bill, SB 201 is authored by gay state Senator Scott Wiener (D-San Francisco), who last year shepherded to passage a nonbinding resolution that called for doctors to postpone performing surgeries on intersex individuals until they are able to give their informed consent. He did so in order to educate lawmakers and the public about the issue prior to moving forward with an official ban of most such procedures.

Those opposed to the practices point out that the medical intervention can result in extreme scarring, chronic pain, incontinence, loss of sexual sensation, post-traumatic stress disorder, and incorrect gender assignment. Both Human Rights Watch and the World Health Organization have condemned performing surgeries on intersex infants, while the United Nations deems doing so akin to torture.

Should SB 201 be adopted by the Legislature and signed into law by Governor Gavin Newsom, California would become the first state in the nation to restrict intersex surgeries on infants unless they are medically necessary. The bill is one of statewide LGBT advocacy organization Equality California's main legislative priorities this year.

Both EQCA and Wiener have acknowledged it will be a heavy lift to pass the legislation, which should be taken up by the committee Glazer chairs for its first hearing sometime in April. During a convening for LGBT officials from around the state Friday, March 15, EQCA Executive Director Rick Zbur singled out SB 201 during his remarks about this year's package of LGBT bills.

In introducing Wiener during one panel discussion, Zbur noted, "He is working on a very tough bill" in reference to the intersex infant surgery ban.

Wiener told the audience that the CMA "won't negotiate with us" on the bill. In an interview with the Bay Area Reporter, Wiener said that the medical association, which represents 44,000 members, "told us they are categorically opposed to the bill."

While the CMA "acknowledged there is a divide in the medical profession on the issue," Wiener said, "they are opposed to legislating the practice of medicine."

In an emailed response CMA spokesman Anthony York wrote that he "took issue with your characterization that we have 'stopped speaking' to Sen. Wiener's office about the bill. In fact, Senator Wiener just came to speak to our Council on Legislation last week. But on your broader point, yes, CMA is officially opposed to SB 201."

The Societies for Pediatric Urology is also opposed to the bill. In a guest editorial in the March 14 issue of the B.A.R. president Dr. Lane Palmer argued families of intersex infant patients must have the right to consider "all viable options" when it comes to treatment decisions.

"This legislation is anti-choice, anti-parental rights, anti-science, and anti-patient. There is absolutely nothing righteous or just about what this legislation seeks to accomplish," Palmer wrote.

In its letter, which York shared with the B.A.R. Monday, the CMA noted that, over the last two decades, both society's and the medical profession's understanding of sexual development "has increased greatly" and the practice of medicine has evolved accordingly to move away from binary conceptions of sex and gender toward a greater appreciation of the diversity of sexual characteristics and recognition of the complicated relationship between sex and gender.

"We acknowledge that past treatment may not have reflected medical guidelines and standards of care that are currently in place. However, there is no discernable set of circumstances under which early surgical intervention is never (or always, for that matter) appropriate," wrote Marchy in the letter on behalf of the CMA. "Based on the available data, neither total postponement of surgery to the age of consent nor performing surgery early is free of risk, and clinical evidence for the methods of risk assessment at this stage are still inconclusive to allow for legislating of the practice of medicine between the options."

Marchy added that, "under these circumstances, it is clear that joint decision-making on treatment of DSD individuals and its timing is most appropriate between the multi-disciplinary care team and the patient's family, taking into consideration the best interests of the patient."

Wiener told the B.A.R. that, "for the most part," he agrees with the medical group that lawmakers should not be legislating "the practice of medicine, but there are exceptions. We don't allow forced sterilization and we don't allow conversion therapy of children. And we should not allow cosmetic genital surgery on intersex babies given they can't participate in that decision. People should be able to make decisions for themselves."

Despite the CMA's opposition to his bill, Wiener told the B.A.R. he doesn't believe it automatically sinks its chances in the Legislature.

"I think we have a fighting chance on this bill," he said. "The Legislature voted overwhelmingly last year in support of the intersex community and not to do these procedures. But a bill is much harder because you are legislating."