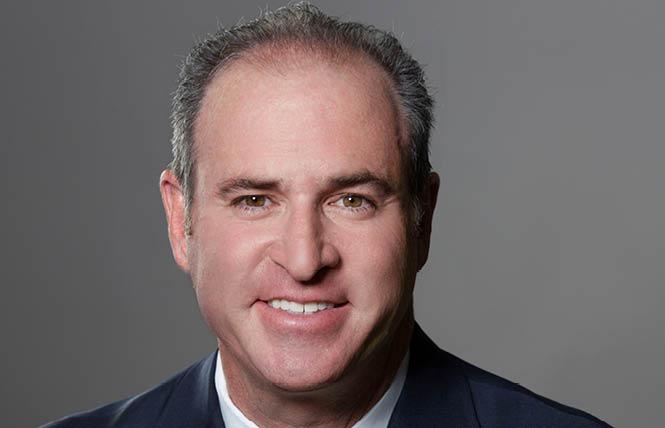 After waiting more than a year to fill a vacancy on the California Supreme Court, Governor Jerry Brown on Wednesday (November 14) nominated Joshua Groban, his longtime senior adviser, to the post.

The announcement was not a surprise. Groban, 45, has overseen the appointment of approximately 600 judges throughout the state since 2011. The governor's office said those appointments "have been lauded as the most diverse in the state's history."

The appointments include several lesbians and gay men to Superior Court and appellate court seats.

In nominating Groban, who is straight, Brown passed up an opportunity to make history by naming an out person to the seat. The Bay Area Reporter editorialized three times for Brown to name an out justice to the state's highest court, which has not had an openly LGBT justice on it.

The court has been without a seventh justice for more than a year. Justice Kathryn Werdegar announced her retirement in early 2017 and formally stepped down that August. The governor did not say why he waited so long to fill the vacancy.

"Josh Groban has vast knowledge of the law and sound and practical judgment," Brown said. "He'll be a strong addition to California's highest court.

If confirmed by the Commission on Judicial Appointments, which is likely, Groban will be the governor's fourth appointment to the high court since he began his second stint as governor. All are Democrats and none had previously been a judge. They are: Justices Leondra Kruger, who was just retained for another term by voters in last week's election; and Goodwin Liu and Mariano-Florentino Cuellar.

Groban said he was "truly humbled by this nomination."

"Serving the people of California over the past eight years has been the privilege of a lifetime," he said in a statement.

He said that "if confirmed, I look forward to working alongside the highest court's truly exemplary jurists."

On Thursday, the LGBT Judicial Officers of California, a section of the California Judges Association, congratulated Groban on his appointment and said it fully supports his nomination.

"Mr. Groban worked tirelessly over the last eight years to appoint the best qualified people as judges and justices to California's bench," the group stated in a news release. "Mr. Groban played an integral part in giving this state its most diverse class of judicial officers ever, including record and historic numbers of judges and justices who are LGBT, women, and people of color."

The LGBT judicial group added that Groban "implemented and executed Brown's vision for an inclusive, representative judiciary and our community is deeply appreciative of Mr. Groban as a result."

The group said that Groban will "bring to the court both an academic and a practical understanding of the law."

"He will be the next Jewish justice after the late Justices [Mathew] Tobriner and [Stanley] Mosk," Gilbert said in the release from the governor's office.

Groban is married to author and TV writer Deborah Schoeneman. According to her website, they have two children.

The nomination must be submitted to the State Bar's Commission on Judicial Nominees Evaluation and confirmed by the Commission on Judicial Appointments, which consists of Chief Justice Tani Cantil-Sakauye, Attorney General Xavier Becerra, and senior Presiding Justice of the state Court of Appeal, J. Anthony Kline.

Updated, 11/15/18: This post was updated to include comments from the LGBT Judicial Officers of California.