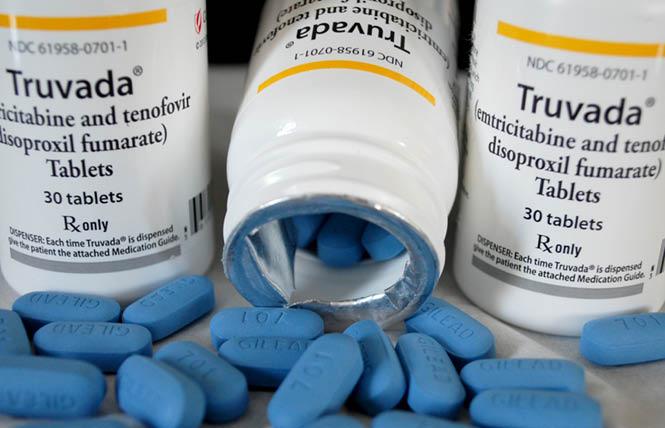 A man taking Truvada tested positive for HIV 13 months after going on the prevention medication in a rare case of PrEP failure.

A San Francisco man is the sixth known case of PrEP failure despite consistent use of Truvada, researchers from the Department of Public Health and UCSF reported at the IDWeek conference held in San Francisco earlier this month.

Experts emphasized, however, that PrEP remains a highly effective method of HIV prevention.

"I really want to say this is a rare case and I don't want anyone to worry too much," Dr. Monica Gandhi of UCSF, the report's senior author, told the Bay Area Reporter. "I want to say it's 99 percent [effective], and that's pretty good for a medical intervention."

The Food and Drug Administration approved Truvada (tenofovir DF/emtricitabine) for HIV prevention in 2012, based on study results showing that once-daily Truvada reduced the risk of HIV infection by more than 90 percent among mostly gay and bisexual men who used it consistently. In several other studies and demonstration projects, no one who took Truvada at least four times a week has become infected.

But a handful of confirmed or suspected cases of PrEP failure have been reported at medical conferences.

The first two, from Toronto and New York City, involved gay men with good adherence who became infected with uncommon HIV strains that were resistant to both of the drugs in Truvada. Last year researchers from Amsterdam reported the first case of a breakthrough infection with drug-susceptible virus. Another probable case from North Carolina was presented earlier this year.

The latest case involves a 21 year-old Latino man who reported having sex with men, transgender women, and cisgender women. He started taking daily PrEP at City Clinic after testing negative for both HIV antibodies and HIV RNA, viral genetic material that can be detected sooner than antibodies.

The man again tested HIV-negative at three, six, and 10 months after starting PrEP. A rapid HIV antibody test at his 13-month visit was negative and his PrEP prescription was renewed, but five days later an HIV RNA test came back positive, indicating very early infection.

Tests of plasma, dried blood spots and hair samples showed that the man had adequate drug levels going back six months. Viral testing revealed that his HIV was resistant to emtricitabine, but remained susceptible to tenofovir.

The man was immediately notified and stepped up to a multidrug antiretroviral treatment regimen, since the drugs in Truvada are not potent enough to keep HIV under control on their own.

Because the man started treatment so early and was taking Truvada at the time of infection, this case could be interesting in terms of HIV cure research.

In another local case, a man with very recent HIV infection started PrEP before the virus could be detected. When this was discovered, he stepped up to a complete treatment regimen. After three years with no detectable HIV in his blood, lymph nodes, gut tissue, or bone marrow, he tried a closely monitored treatment interruption and remained undetectable for about seven months before viral rebound occurred.

"By far the most common reason for PrEP to not work is because it isn't used," Cohen told the B.A.R. "In other words, our biggest challenge in HIV prevention is not figuring out why in these extremely rare circumstances PrEP is ineffective, but rather how can we make sure those who can benefit from PrEP know about it? How can we make it as acceptable, accessible and affordable as possible? And how do we support individuals who choose to take PrEP so that they can stay on it throughout periods of risk?"

Grant went further, questioning the emphasis on rare cases such as this one.

"Almost all people who use PrEP stay free of HIV and a handful of others are diagnosed early and promptly and successfully treated. Once virally suppressed on treatment, their infection is non-transmissible," he said. "Why is this news? These cases call us to reconsider our stigmatizing way of regarding people with HIV."