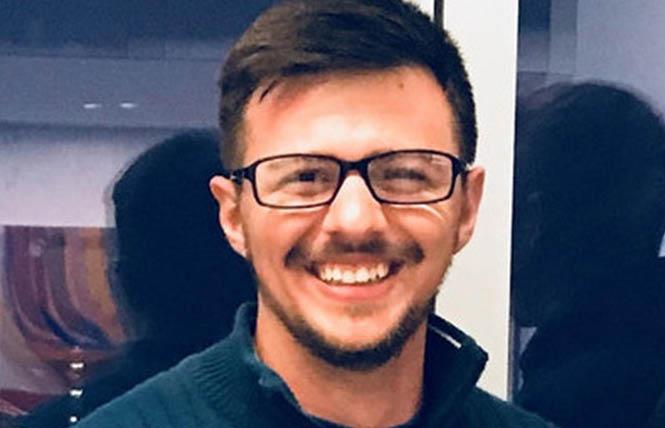 President Donald Trump's administration did not succeed in its latest effort to continue its plan to implement a transgender military ban.

Tuesday, September 18, the U.S. District Court for the Central District of California denied the administration's motion to dissolve the nationwide preliminary injunction. The injunction was previously issued in a lawsuit filed by Equality California, the state's largest LGBT civil rights organization, on behalf of seven active duty military service members and recruits seeking to join the military.

"Anyone willing to risk their life to protect our country should be treated fairly and with dignity and respect," Equality California Executive Director Rick Zbur said in a news release. "As long as President Trump continues to double down on this unpatriotic and discriminatory ban, we'll continue to fight him with everything we've got — and we have a pretty good track record of winning."

As previously reported by the Bay Area Reporter, Trump signed a memorandum in March that serves as an implementation plan for his policy to ban transgender people from serving openly in the military. This memo came as a follow-up to Trump's initial blanket transgender military ban, which he announced via Twitter in July 2017.

In the recent order denying the motion in the Stockman v. Trump case, U.S. District Court Judge Jesus G. Bernal analyzed the administration's allegations of why trans people should not be allowed to serve in the military, including disrupting unit cohesion and fears of transgender individuals' mental instability.

"A diagnosis of gender dysphoria is neither necessary nor sufficient to be excluded from the military under this policy," Bernal stated in the order denying the motion. "Consequently, the court is not persuaded by defendants' fears of increased mental instability for those who suffer from gender dysphoria."

Bernal continued, "In the history of military service in this country, 'the loss of unit cohesion' has been consistently weaponized against open service by a new minority group. Yet, at every turn, this assertion has been overcome by the military's steadfast ability to integrate these individuals into effective members of our armed forces. As with blacks, women, and gays, so now with transgender persons. The military has repeatedly proven its capacity to adapt and grow stronger specifically by the inclusion of these individuals."

GLBTQ Legal Advocates and Defenders, Latham and Watkins LLP, and the National Center for Lesbian Rights are representing plaintiffs in this case.

"More than 9,000 transgender troops are serving honorably and deserve to be protected by the Constitution they are defending," said NCLR legal director Shannon Minter in a news release. "Today's decision underscores the importance of our nation's courts in enforcing those constitutional guarantees."

Stockman v. Trump is one of several similar lawsuits against the Trump administration for trying to implement its transgender military ban. As previously noted by the B.A.R., the ban has been blocked by four federal courts, which granted preliminary injunctions barring it from being enforced. This currently allows transgender people to enlist and continue serving in the military. It is estimated between 4,000 and 10,000 U.S. active-duty and reserve service members are transgender.

The B.A.R. previously spoke with a plaintiff in Stockman v. Trump, Nicolas Talbott, 24, who identifies as a trans man.

"Being in the military has always been my dream," Talbott said in March. "There is no reason whatsoever for anyone who is trans to be excluded from the military. Nothing about being trans impacts someone's ability to serve in the military. This is true for me and other transgender people."

According to the complaint, the groups Warriors for Christ and Special Forces of Liberty filed documents in federal court Wednesday, September 18, against Governor John Bel Edwards (D), Attorney General Jeffrey Landry, and Teresa Elberson, the director of the public library.

Drag queen storytime, scheduled for October 6, was proposed to the library by the men's fraternity Delta Lambda Phi at the University of Louisiana at Lafayette, which states it is for gay, bisexual, and progressive men. Fraternity members would read to children dressed in drag. Librarians would choose the books.

The president of the university's fraternity chapter, Jeffrey Sykes, spoke to the Bay Area Reporter and said the event is meant to foster reading and inclusiveness among children.

"We are simply just attempting to stay true to what this event is all about, and that is getting kids excited about reading and spreading love and acceptance," Sykes said. "We are volunteering our time to read to the kids, and we are reading books about diverse groups that often do not get representation in the U.S.'s traditional storybooks for children. The books are age appropriate and chosen by librarians with master's [degrees] in library science."

When the B.A.R. contacted Warriors for Christ over Facebook, a spokesperson for the group, who did not give their name, sent a message saying they are suing because the library denied their right to read anti-LGBT books at the library.

"We sued because the library denied us the opportunity to have an hour to read stories from the contrary position that the LGBT fraternity has," the spokesperson said. "We requested time several times to have an opportunity to read stories from the biblical view and were turned away. The library is a public building that gets taxpayer money and should be representing everyone's interest."

The Warriors mission, as stated on its Facebook page, is "to preach and teach the truth of the gospel to all of creation. To rekindle the fire the church once had and to restore the faith of the first century."

According to KATC News in Acadiana, Louisiana, the person who filed the suit, Chris Sevier, also formerly sued Alabama, Texas, Utah, Florida, and Colorado last year, claiming he had married his computer in New Mexico. He demanded the state recognize the union in an attempt to challenge the U.S. Supreme Court's ruling that legalized gay marriage in 2015.

According to a local paper, the Acadiana Advocate, there was support for drag queen storytime at a Lafayette City Council meeting last month, but at the library's most recent board meeting, there was more attendees there to oppose it than support it.

The library board took no action, but the floor was open to public comment. According to the Advocate, the first speaker, Robert Judge, said "transgenderism" is unhealthy and cited elevated suicide rates among transgender youth. A member of the audience, Nicholas Charming, yelled back, "Because people like you tell us we don't exist." Channing later explained that identifying as a transgender person is not the same as cross-dressing.

The parish president, Joel Robideaux, opposed the event. That led to the resignation of Robideaux's appointee to the library board, Joseph Gordon-Wiltz, who told the Advocate he would not "impugn the dignity of any citizen of the Parish of Lafayette."

City-Parish Council members William Theriot and Jared Bellard also introduced a resolution calling for the council to formally oppose the event, even though, according to the Advocate, the effect of the resolution would likely be limited to symbolism.

"I personally am kind of surprised," he said. "Many other LGBTQ+ events around the city are successful and face little backlash nowadays, so seeing the community get so involved with this event is definitely a new experience. We have committed to seeing this event through, as this is an important event that needs to be accessible."