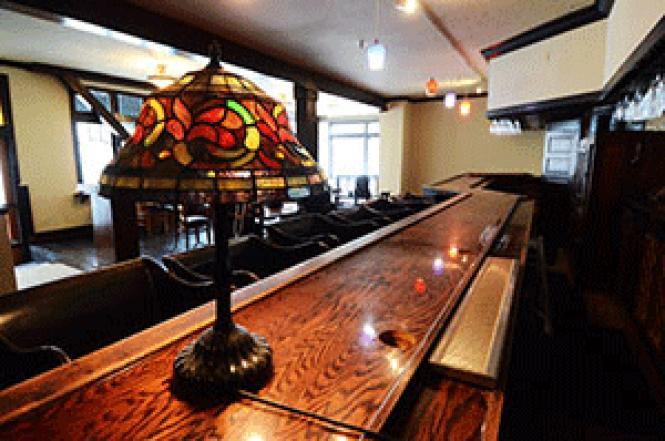 San Francisco planners are recommending that a property in North Beach once home to several LGBT restaurants, most famously that of the Paper Doll, be designated a city landmark.

It would be the first landmark in the country to focus on an early queer restaurant, as the Bay Area Reporter noted in a March 2017 story about the desire of the property owners, Bev Smucha and her son Barak, to have it be recognized as historically important. The Paper Doll is believed to be San Francisco's first restaurant and nightclub catering to the gay community.

The Paper Doll building at 524 Union Street would be the city's fourth property to be landmarked for its association with LGBT history. In recent years LGBT community leaders and city officials have been working to add more properties to the list.

"The Paper Doll is significant as one of the earliest lesbian bars associated with the development of LGBTQ communities in San Francisco," states the staff report about the site.

The city's Historic Preservation Commission is expected to initiate the landmarking process for the property when it hears the matter Wednesday, September 5. It would then need to vote again in support of the landmark designation, with final approval up to the Board of Supervisors.

"The Paper Doll is located in North Beach, which became known as San Francisco's first bar-based LGBTQ Community," notes the staff report. "North Beach had an international, working-class feel, with a thriving Bohemian scene of artists and writers taking advantage of cheap rents. It was described as an exciting, vital neighborhood that was more accepting and tolerant of LGBTQ people."

The building at 524 Union Street has housed bars and restaurants since the late 1840s and was rebuilt after the 1906 earthquake. Tom Arbulich opened the Paper Doll Restaurant and Bar there in 1944, according to research done by Shayne E. Watson, a lesbian and architectural historian hired by the current owners to assist them with the city landmark request.

"Bars in North Beach like the Paper Doll were able to create discrete spaces where LGBTQ people felt safe to congregate in public," states the staff report. "The Paper Doll and these other bars provided the protection needed to establish and nurture the LGBTQ community."

The restaurant was divided into two spaces, with a circus-themed bar area in front and a dining room in the back. Upstairs at that time were apartments, with one occupant the late Rikki Streicher, a lesbian who worked as a bartender at the Paper Doll and would go on to open her own lesbian bars throughout town.

"The clientele of the Paper Doll were a mix of men and women, but it was mostly frequented by women because it was located away from the touristy Broadway Street," notes the staff report. "Bars that welcomed lesbians were few in number because most bars catered to white, gay men."

In an August 24 letter sent in support of the landmark request for the site, author Lillian Faderman wrote about being a patron of the Paper Doll when she lived in San Francisco from 1959 to 1962.

"Already in 1959, the Paper Doll was legendary and was recommended to me as a wonderful meeting place for 'gay women' (as we called ourselves then). I had several subsequent occasions to visit the Paper Doll," wrote Faderman, Ph.D., a professor emerita of California State University, Fresno whose books include "The Gay Revolution," and "Harvey Milk: His Lives and Death."

Faderman noted that the Paper Doll "was different from the lesbian bars I had frequented in that it was much more upscale - it even served dinners! It gave those of us who were its patrons a much-welcomed feeling (rare in gay and lesbian venues of that day) that here was a decent place in which to meet people and carry on a social life such as the external society wanted to deny us.

"That feeling was crucial to our well-being, and it would be difficult to exaggerate how rarely it was permitted to us elsewhere," she added.

In 1954 the late Dante Benedetti, a straight man and North Beach denizen, bought the Paper Doll, and its clientele morphed into mainly gay men. State liquor authorities revoked his license in 1956 on the basis of the restaurant being a "homosexual hangout," as described in an old newspaper report.

"Although Benedetti would concede during the trial that the Paper Doll had a gay and lesbian cliental, an admission that made headlines in San Francisco newspapers, he claimed that he 'never had any idea whatsoever that there was anything wrong with operating a gay bar.' Benedetti would explain to anyone who asked, that he never made assumptions about the gender, or sexuality of his clientele at Paper Doll," notes the staff report. "After years of fighting against the accusations, Benedetti sold the business in 1961 to Don Farber, a professional baseball player who was required to rename the restaurant. He christened it Cadell Place."

Under Farber, who drew the name from the short alley the property sits on, the eatery continued to be a queer-friendly hangout. He sold it in 1965 to founding Bay Area Reporter publisher Bob Ross, who renamed it the 524 Club.

Ross, in an interview that Watson found during her research into the site, "proudly recounted that 'People would line up all the way down the block and get in for 15 cent brunch,' wait listing for a bare bones breakfast."

It changed hands again and then Ross returned to operate it under the moniker Noah's Ark. As Watson notes in her documentation for the landmark request, he launched the B.A.R. while at 524 Union Street.

"The first issue of the publication featured a prominent reference to the Paper Doll's brunches, and gossiping about who slept with who, in the second paragraph of the first column," she noted. "Another Paper Doll bartender, Richard 'Sweet Lips' Walters, went on to prominence as Bay Area Reporter's version of Herb Caen."

Over the ensuing years numerous eateries occupied the site, alternating between straight and lesbian clienteles. The Smucha family has owned the building for four decades.

They knew director Edward Dmytryk had featured the Paper Doll in his 1952 noir film "The Sniper." But they didn't learn of its ties to LGBT history until publication in 2015 of a citywide LGBT context statement that Watson co-wrote with Donna Graves, a public historian based in Berkeley.

According to the planning department, there is no known public or neighborhood opposition to designating 524 Union Street a city landmark.

While the Women's Building at 3543 18th Street is also a city landmark, it was listed for its historical significance predating the modern LGBT rights movement. In May it became the second site in the city to be deemed a national historic site due to its LGBT cultural significance.