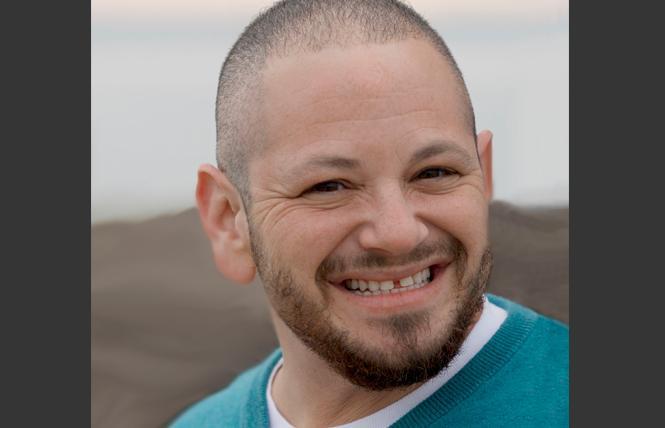 The Golden State is on the verge of having its first transgender male public official.

He will represent the college board's Area II seat. The current officeholder, Gary Reece, opted not to run for re-election this November to the oversight body.

Spickler planned to release a statement later tonight (Wednesday, August 15), but in a Facebook message to the Bay Area Reporter shortly after the filing deadline had closed at 5 p.m., he confirmed that no one filed to run against him.

Since he was the only person to seek the seat by the deadline to do so, Spickler will now be appointed to the college board in lieu of an election. He will become the first transgender man to hold public office in California.

Spickler, 47, lives in Santa Cruz and works for the county human services department as a senior analyst. His husband, Scottie Johnson, is also a trans man and works as a medical assistant for the transgender health care program offered by Planned Parenthood in Santa Cruz.

As he told the Bay Area Reporter in July (http://www.ebar.com/news/news/263148), Spickler did not run for the college board purposefully to make LGBT political history. Nonetheless, he recognizes the importance of his being the first trans male public official in the Golden State.

For the last seven years Spickler had waited to see if Reece, a Republican first appointed to the college board 25 years ago, would retire. This spring he decided to seek the seat no matter if Reece ran for re-election.

"I feel it is really important for me to give back," Spickler told the B.A.R. earlier this summer. "I wanted to do so in a way that provides equal access to education to other marginalized students who are trying to access this college."