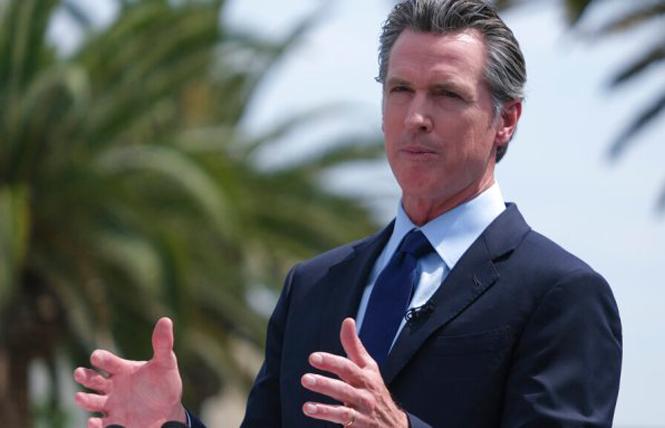 With rates of sexually transmitted diseases and hepatitis B and C on the rise in California, Governor Gavin Newsom signed two bills October 4 to address the issue.

Senate Bill 306 will strengthen the STD public health infrastructure in California. Assembly Bill 489 makes the Golden State the first in the nation to provide adults voluntary screenings for hepatitis B and C.

The bill was co-authored by gay state Senator Scott Wiener (D-San Francisco) and Senator Dr. Richard Pan (D-Sacramento), a straight ally, who introduced it in February.

Wiener put the signing in the context of rising sexually transmitted infection rates throughout the state.

"California has a growing problem with STI infections, and we must do more to get people tested and treated," Wiener stated. "SB 306 is a huge step forward in creating a much stronger system to test for and treat STIs. It's a game changer."

The rate of syphilis, chlamydia, and gonorrhea infections in the state — taken together — rose 40% from 2013 to 2019. With the decline of STD testing due to the COVID-19 pandemic, experts are predicting the rates to go even higher in the coming years, as the B.A.R. previously reported.

The rise in cases of congenital syphilis — when a person with syphilis passes the infection on to their baby during pregnancy — is particularly worrisome to health experts.

Cases of congenital syphilis nationwide rose 261% from 2013 to 2018, according to researchers with the U.S. Centers for Disease Control and Prevention. Much of that rise occurred in Southern and Western states, with the crystal meth epidemic in the Central Valley being blamed as a major reason in California, as the B.A.R. previously reported.

"There has been a crystal meth epidemic in the Central Valley for years, with Fresno being a hotspot," Dr. Ina Park, a straight ally who is an associate professor at the UCSF School of Medicine, told the B.A.R. in March. "Congenital syphilis infections are known to be associated with maternal meth/substance use, homelessness, lack of access to prenatal care, incarceration. So there is an intersection of the crystal meth epidemic with the rise of syphilis in women, which has led to increases in congenital syphilis."

Pan's office issued its own statement in an October 5 news release.

"STI rates across the country have reached crisis levels and it has become worse as an antibiotic-resistant strain of gonorrhea spread across the country," Pan stated. "SB 306 is an essential public health measure, and I am proud to have partnered with such a strong coalition of community health organizations to strengthen public health and expand access to STI diagnosis and treatment in California."

"California is facing an out-of-control STI crisis that was raging even before the [COVID-19] pandemic — disproportionately impacting youth, people of color, and the LGBTQ+ community," Thompson stated. "SB 306 provides a comprehensive approach to strengthen the state's public health infrastructure and expand access to STI testing and treatment at a time when it is most desperately needed. We applaud Dr. Pan for taking on this urgent issue and thank Governor Newsom for signing the bill into law."

All the six co-sponsors made a joint statement later October 5.

"SB 306 is the bold action California needs to turn the tide on rising STI rates," the statement reads. "The bill seeks to expand the tools and resources that health providers can use to increase access, reduce STI transmission and improve health outcomes across the state in partnership with advocates, local organizations and community members.

"We applaud Dr. Pan for his leadership in introducing this comprehensive and robust approach to STI prevention, and thank Governor Newsom for signing this important measure into state law," the statement continues. "California will once again lead with innovation and best practices in STI prevention and care, and serve as a model for other states to follow."

SF AIDS Foundation interim CEO Kevin Rogers told the B.A.R. that "the passing of SB 306 is an important step forward in addressing the skyrocketing STI epidemic in California, and will expand access to STI services to individuals and communities who may be disproportionately impacted by STIs and experience barriers in accessing quality STI prevention and care."

"We extend our thanks to the Governor and California State Legislature for passing SB 306 and helping to ensure that all Californians have the sexual health resources they need," Rogers continued.

The Los Angeles LGBT Center did not immediately respond to a request for comment. 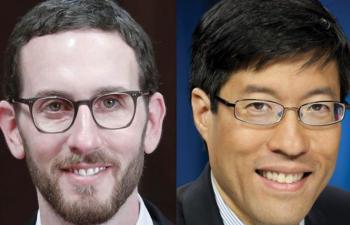 This bill mandates that health facilities begin offering voluntary testing for hepatitis B and C at routine medical appointments, and that care and treatment are provided for those who test positive.

Hepatitis B is a liver infection caused by the hepatitis B virus. It is spread by exposure to infected blood and bodily fluids, and is most spread by intravenous drug use and sexual intercourse. It has been preventable by vaccination since 1982.

Hepatitis C is a liver infection caused by the hepatitis C virus. It is spread primarily by exposure to infected blood, and is most spread by intravenous drug use, poorly sanitized medical equipment, needlestick injuries in the health care industry, and blood transfusions. There is no vaccine, but antiviral medications can cure most infections.

Significant numbers of people infected with hepatitis B (two-thirds) and C (40%) are unaware of their infection, according to the U.S. Department of Health and Human Services.

Dr. Samuel So, a Stanford University professor and the director of the Asian Liver Center there, stated that "by closing the gaps in diagnosis and treatment, AB 789 is an important, life-saving legislation that would help end the silent epidemic of liver disease and liver cancer deaths in California caused by untreated hepatitis B and C."

Chiu, who will in a matter of weeks be leaving the Legislature's lower chamber to become San Francisco city attorney, stated that, "Expanding access to hepatitis B and C screenings will save lives in California.

"Hepatitis B disproportionately impacts our Asian American communities," Chiu added. "By signing this bill, California is equipping patients with the information they need and working to address disparate health outcomes in communities of color."

Low stated he was "so grateful to the coalition that worked on this bill, and to Gov. Newsom for recognizing that all Californians deserve access to hepatitis B and C screenings. Hepatitis particularly affects so many people in AAPI [Asian American Pacific Islander] and Black communities across California, which is why a screening is actually priceless when it comes to keeping our loved ones with us for many years to come."