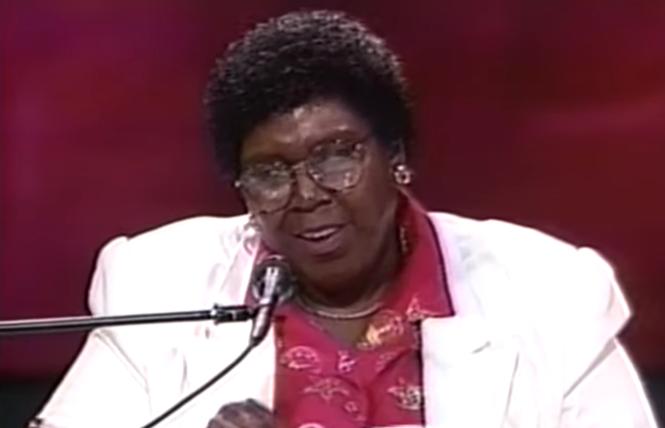 Disabled people have long been invisible from history, and unsurprisingly, disabled LGBTQ historical figures too have been hidden.

The LGBTQ community itself has been slow to address disability as an issue, yet some of the most beloved and most commonly invoked LGBTQ historical figures also had disabilities, among them artists Michelangelo, Leonardo da Vinci, and Frida Kahlo, and writers Marcel Proust, Virginia Woolf, James Baldwin, Audre Lorde, and Adrienne Rich. These names are well-known, yet not for their disabilities. And there are so many other LGBTQ icons, past and present, whose disabilities are ignored or not acknowledged as critical to their identities — and to LGBTQs as a community.

This year marks the 30th anniversary of the Americans with Disabilities Act, which prohibits disability-based discrimination. The U.S. and 153 other countries have also signed on to the Convention on the Rights of Persons with Disabilities, which calls on all nations to adopt policies similar to the ADA.

The sheer volume of disabled LGBTQ people makes it difficult to choose whom to illumine, so this mix of current and past figures is meant to be an introduction to a group of people who need centering for both their status as icons of LGBTQ history and as disabled people whose disabilities have either been hidden or not represented as part of their identities.

Five nights a week LGBTQ people can turn on CNN and see Anderson Cooper, an anchor who broke ground in broadcasting as an out gay man. Cooper also has a disability that impacts 43.5 million Americans: pronounced dyslexia. According to the Centers for Disease Control and Prevention, 1 in 10 Americans suffers from a hidden disability like Cooper's. Other hidden disabilities include traumatic brain injury, epilepsy, psychiatric disabilities, and disabling autoimmune diseases.

Lesbian comedian Suzanne Westenhoefer revealed in 2018 that four years earlier she had a fall that knocked her unconscious, put her in a coma, and left her with a traumatic brain injury — another hidden disability impacting millions of Americans.

Marsha P. Johnson, famous for her role in the Stonewall uprising, suffered from both physical and psychiatric disabilities. In the documentary about her life, "Pay It No Mind," Johnson said, "I may be crazy, but that don't make me wrong." Johnson died in 1992 at the age of 46.

Johnson, along with friend and fellow trans activist Sylvia Rivera, founded Street Transvestite Action Revolutionaries, one of the first trans organizations in New York. The rights of disabled people were a focus of STAR, which was comprised of and served trans people who were also disabled. Rivera died in 2002 at the age of 50.

The abuse of disabled LGBTQ people is still rampant, and Johnson's work stands out as an early effort to address that abuse and its impact on people like herself. 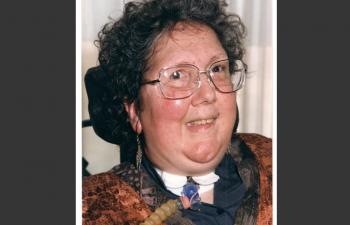 PFLAG beginnings
Another figure of the Stonewall rebellion, Morty Manford, also had psychiatric disabilities and died at 41 in 1992 from complications of AIDS. But throughout his activist career, which began at the Stonewall Inn in 1969 when he was only 19, Manford was dedicated to the fight for LGBTQ civil rights, despite his disability.

With his mother, Jeanne Manford, he co-founded PFLAG (formerly Parents, Families and Friends of Lesbians and Gays) in 1973. PFLAG is the first and largest organization for LGBTQ+ people, their parents and families, and allies. It now has over 400 chapters and 200,000 members. In 1972, after Morty was beaten and attacked during a protest, Jeanne Manford wrote a letter to the New York Post in which she said, "I am the mother of a homosexual son." Soon after, she began giving interviews with Morty and marched with him in the Gay Pride parade.

Barbara Jordan, who died in 1996, has long been an LGBTQ icon. She was the first woman to deliver the keynote address at a Democratic National Convention in 1976, and she was well-known for delivering the opening statement at the House Judiciary Committee Hearings to impeach Richard Nixon. She also created legislation to broaden the 1965 Voting Rights Act to include and protect Latinx voters.

As the first Black woman elected to Congress from the South (Texas) and as a leader in the civil rights movement, Jordan's lesbianism was a worst-kept secret during her rise as a Democratic star: it was well-known among her friends and colleagues as they were introduced to her partner of more than 30 years, Nancy Earl, but it was never discussed publicly.

Even more hidden than her lesbianism was her disability, yet Jordan was one of the few disabled members of Congress. Jordan had multiple sclerosis, and she used a wheelchair in her later years to remain ambulatory, including when she spoke at the 1992 Democratic National Convention. In 1994, President Bill Clinton awarded her the Presidential Medal of Freedom.

Kenny Fries is a longtime gay and disability rights activist and acclaimed poet and memoirist. Born with shortened and twisted legs, he recounted in "Body, Remember: A Memoir," that his father fainted when his maternal grandmother screamed, "My daughter gave birth to a freak!"

Fries was the first disabled student admitted to a public school in New York City. He has a master's of fine arts from Columbia University and has been awarded two Fulbrights and the National Endowment for the Arts grants, among other awards. In 2017, he created the Fries Test for disability in fiction, TV, and film, similar to the Bechdel Test for women. (That test, popularized by Alison Bechdel, creator of the "Dykes to Watch Out For" comic, names the following three criteria: (1) it has to have at least two women in it, who (2) talk to each other, about (3) something besides a man.)

Fries is the author of many books and scholarly works and has written extensively in literary and other venues on the intersection of gayness and disability in his own life and in the larger community. He is the editor of "Staring Back: The Disability Experience from the Inside Out," the first multi-genre body of work that exclusively featured disabled writers telling their stories.

Connie Panzarino was a severely disabled lesbian activist living with spinal muscular atrophy III, a neuromuscular disorder that leads to muscle atrophy. She founded Beechwood, a communal living environment for disabled women, where she worked as a therapist, writer, artist, and activist.

She was director of the Boston Self Help Center and sat on the boards of the Disability Law Center, the Project on Women and Disability, and the Boston Center for Independent Living. She also was on the editorial board of Access Expression of Very Special Arts.

As a caseworker for the Department of Social Services, she was forced to quit her job because she was denied disability benefits, which meant she couldn't afford her medical expenses. She worked for legislative change for disabled people and was pivotal in lobbying for passage of Section 504 of the Rehabilitation Act of 1963. In her 1994 autobiography, "The Me in the Mirror," she detailed how her sexuality and disability intersected, and called out the rampant ableism of the LGBTQ community.

As a Deaf gay man, Nyle DiMarco made history in 2015 when he won "America's Next Top Model." In 2016 he became the first Deaf contestant on "Dancing with the Stars," which he won with professional partner Peta Murgatroyd, making disability and queer history.

An American actor, model and LGBTQ+, and Deaf/hard-of-hearing activist, DiMarco attended Gallaudet University and graduated in 2013 with a degree in mathematics. He began his career in an independent American Sign Language Films production, "In the Can," and also played a recurring role in Freeform's "Switched at Birth." In 2017 he was honored as Deaf Life magazine's Person of the Year. In 2016 he founded the Nyle DiMarco Foundation, which provides resources to Deaf children and families. DiMarco is currently signed with Wilhelmina Models and CESD Talent Agency.

The work of these and many other disabled LGBTQ people has long been hidden from both our history and our current image of our community, which continues to disinclude disabled people. Disabled LGBTQ icons like Jordan felt compelled to hide both their sexual and disabled identities. But no one should have to hide their disabilities now. If Johnson understood the importance of that intersectionality in the 1970s, there should be more effort from non-disabled allies to address this in 2020.

As lesbian comedian Maysoon Zayid told Zerlina Maxwell on Peacock TV's "Zerlina" on October 9, "Every issue is a disability issue because disability intersects with every other community. Disability does not discriminate. You're welcome to join us at any time regardless of religion, faith, gender, economic class."