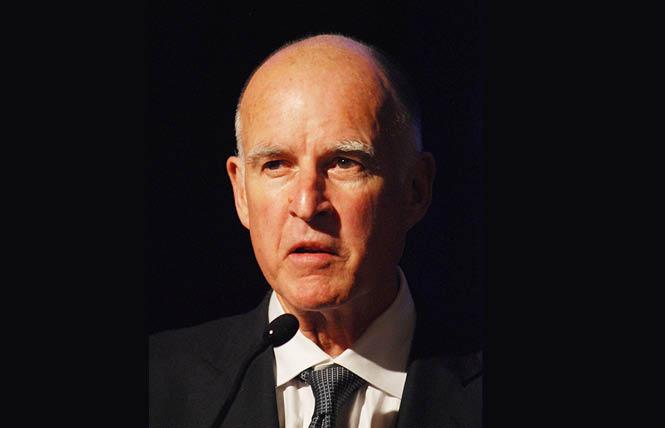 "Fundamentally, I do not believe that enabling illegal drug use in government-sponsored injection centers — with no corresponding requirement that the user undergo treatment — will reduce drug addiction," Brown wrote in his veto message, which can be found at: https://www.gov.ca.gov/wp-content/uploads/2018/09/AB-186-veto-9.30.pdf.

There are currently around 100 safe injection sites worldwide. San Francisco — home to an estimated 22,500 people who inject drugs — is among several cities, including New York, Philadelphia, and Seattle, vying to open the first supervised injection facility in the United States. A recent study found that a single supervised injection site in San Francisco could avert at least three new HIV infections and 19 cases of hepatitis C per year, while saving the city $3.5 million annually.

The same day, U.S. Deputy Attorney General Rod Rosenstein penned an opinion piece in the New York Times, stating, "It is a federal felony to maintain any location for the purpose of facilitating illicit drug use. ... Because federal law clearly prohibits injection sites, cities and counties should expect the Department of Justice to meet the opening of any injection site with swift and aggressive action."

Wiener expressed his disappointment about Brown's veto in a statement.

"We should not allow threats from a backward federal government stop us from helping people who are dying on our streets," he said. "We have a terrible problem of heroin and meth addiction, with far too much public drug injection. This public health epidemic calls for forward-looking, progressive solutions.

"We are definitely not giving up on this important public health strategy," he added.

Mayor London Breed, who lost her younger sister to a drug overdose, concurred with Wiener's intention to continue pursuing supervised injection sites. Breed has been a proponent of the facilities, including convening a task force and working with Glide Memorial Methodist Church to open a realistic safe injection demonstration site in late August. (No drugs were injected during the demonstration project.)

"If we are gong to prevent overdoses and connect people to services and treatment that they badly need to stop using drugs in the first place, we need safe injection sites. If we are gong to stop the drug use we see in public every day and get needles off our streets, we need proven public health solutions," Breed said in a statement via Twitter (https://twitter.com/LondonBreed/status/1046609439006978053). "Despite this veto, we will still continue to work with our community partners on trying to come up with a solution to move this effort forward."

"I'm shocked that Governor Brown turned his back on all the science and evidence and chose to veto this bill," Laura Thomas of the Drug Policy Alliance told the Bay Area Reporter. "How many people will die of an accidental overdose before we get these services open here? Governor Brown has blood on his hands. I'm confident that Mayor Breed will work with community organizations to figure out how to move forward with these desperately needed services here in San Francisco."