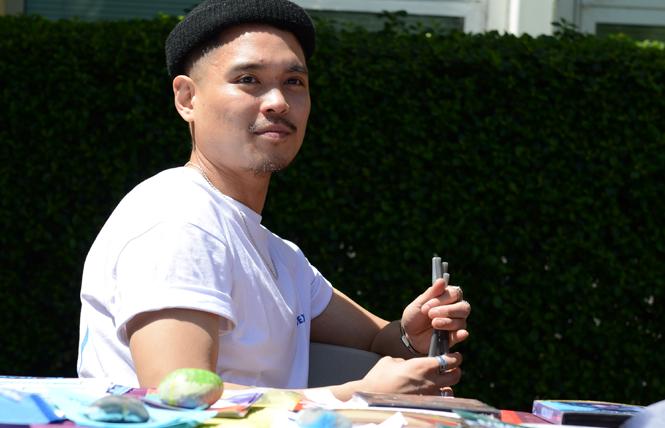 It took the voices of student activists to motivate San Francisco State University to once again offer free HIV and sexually transmitted infection testing to LGBT students, while heterosexual students have had that service for years.

Hoping to receive an HIV test for free in 2016 at the university's Student Health Services center, like many of his heterosexual peers had, Jose Francisco, a 23-year-old gay man, was told he would have to pay more than $200.

"I initially heard from my peers that my school tested for free," said Francisco in a phone interview with the Bay Area Reporter. "I disclosed I was gay and, ultimately, I was not given the health services that my school would otherwise provide to my heterosexual peers for free."

At the time, the university's health professional did offer Francisco referrals to other organizations, like the San Francisco AIDS Foundation, which offer HIV/STI and other health services to LGBTs for free. But Francisco said those agencies usually have a long wait, sometimes days, and are located across town.

Francisco is a public health major and president of the Health Education Student Association at the university. In talking to LGBT community members on campus, Francisco found they, too, had similar experiences, which they described as discriminatory.

Francisco wrote an op-ed in the university's newspaper the Golden Gate Xpress detailing his experience. With that, came change.

For the first time in more than two years, starting last month, LGBT students have the ability to be tested for HIV, gonorrhea, chlamydia, and syphilis at no cost as a part of the $314 health fee all students pay every school year. The funding for the testing comes in part by the San Francisco Department of Public Health, which has a memorandum of understanding with the university to offer testing.

"It took students to call us out for us to work hand in hand with them and the [San Francisco] department of health to find other solutions for no cost health services," said Gene Chelberg, a gay man and associate vice president for student affairs at San Francisco State University, in a phone interview with the B.A.R. "We are committed to doing the right thing." 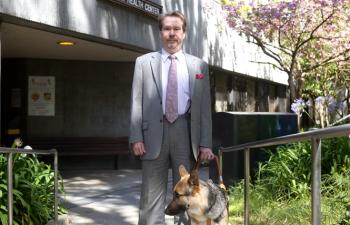 According to Chelberg and Dr. Susan Philip, the director of STD Prevention and Control Services at SFDPH, the university couldn't offer free testing to LGBT students because they are not eligible for Family PACT, the program the university relied on for funding to offer students free HIV/STI testing.

Family PACT is a statewide, federally funded program that provides comprehensive family planning services to low-income women and men. There were more than 6,000 students enrolled in Family PACT in the last year, Chelberg said, that's one-third of the university's student population.

The eligibility criteria for Family PACT is: must be a California resident; an individual whose family income is at or below 200 percent of the federal poverty level; "must have a medical necessity for family planning services;" and do not qualify for Medi-Cal or other health insurance.

The Family PACT website does not explicitly state eligibility or policy requirements based on sexual orientation or sexual partners. But Chelberg, who worked closely with Family PACT authorities, said he was told that LGBTs were not eligible for Family PACT because they do not engage in reproductive intercourse and do not have the ability to become pregnant.

Philip said the program has "gaps, as many programs do," but said it was still an important program, especially for women.

Chelberg called the program outdated, "I would argue that the eligibility requirements are dated. We know there are many more ways to engage in reproductive sex outside the traditional heterosexual structure."

Surprised at news
The exclusion of LGBTs under Family PACT, however, was news to Christina Moreno, chief of Office of Family Planning for Family PACT, who said Family PACT has been offering health services to the LGBT community since it began in 1996.

"Yes, absolutely. We definitely do," she said in a phone interview with the B.A.R. "STI and HIV testing are provided to any eligible client without bias based on gender identity or sexual orientation."

"If an individual is sterilized, no longer has the ability to have children, than they don't meet the medical necessity requirement. Absent of that, a person can still become pregnant irrespective of sexual orientation."

Moreno said it was possibly the university's misinterpretation of Family PACT's eligibility policy as to why it did not offer HIV/STI testing to its students under Family PACT.

Family PACT was not able to provide documents that show the number of LGBT people it serves, but said it was in the process of collecting that data.

This came as a shock to Chelberg, who said he had "extensive" conversations with Family PACT representatives who told him LGBTs did not qualify.

"Frankly, I'm stunned. This is not just our interpretation. We do not get to choose the eligibility requirements, they are given to us by Family PACT."

As a gay man, Chelberg said he would never intentionally refuse health services to his "brothers and sisters."

Chelberg was the one to contact Francisco directly after reading his opinion piece to work on getting free HIV/STI testing for all students regardless of their sexual orientation.

Starting a year ago, Chelberg worked closely with Philip and students to formalize a memorandum of understanding to offer HIV/STI testing free of charge to LGBT students. Philip said the new agreement would act as a pilot program to determine need and gather other important data.

Chelberg did say the university, with funding from SFDPH, did offer HIV/STI testing to LGBTs at no cost before funding ran dry more than two years ago.

For Francisco, this is an accomplishment for the LGBT community and testament to activism.

"When this first happened, I wasn't looking for an individual apology. My goal was really to fight for equal access to sexual health services for minorities on campus," he said.

Recently, Francisco organized a campus event with SFAF and its mobile van to offer STI/HIV and other health services to students on campus for four hours.

Andrew Hattori, senior director for marketing and communications at SFAF, said the event held at the university's campus on April 19, which offered students free health services through its mobile testing unit for four hours, was successful. He emphasized the importance of HIV and STI testing, especially for gay men.

"It's critically important to have culturally competent testing for free for folks, especially men who have sex with men," he said in a phone interview with the B.A.R.
Francisco said he was still affected by the bad experience he had that fall day in 2016 at the university clinic.

"It takes a lot of work to push for that effort," he said. "I'm glad to see the progression happen and that no LGBT person will have to have that experience again."