2 arrests made in headless torso case; vigil next Tuesday 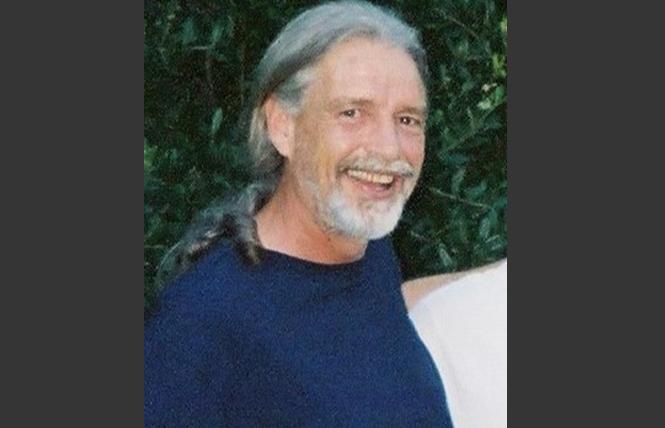 San Francisco police announced Tuesday, August 28, that two men have been arrested in the case of a headless torso that was found in a missing gay man's home.

At the news conference, Investigations Bureau Commander Greg McEachern defended the department's response to calls from friends and family of Brian Egg, 65, who lived at the Clara Street home and had not been seen since late May or June.

Meantime, Egg's family and friends announced a vigil will be held in front of his home, 228 Clara Street (near Fifth and Harrison streets), next Tuesday, September 11, from 7:25 to 8:45 p.m.

Police entered Egg's home for the first time August 14, after being alerted by neighbors that a private crime scene cleanup company had arrived at the house. Once inside, they noticed odors and chemicals in the house and conducted a thorough search of the home. It was then that police discovered a corpse with its head and hands missing in a fish tank that was hidden in the home.

The remains have not been identified, pending DNA analysis, but friends and family members believe the body is that of Egg.

Robert McCaffrey, 52, was arrested at the home, and Lance Silva, 39, was arrested at another location. Both men were initially charged with homicide, ID theft, elder abuse, and financial crimes.

The San Francisco District Attorney's office dropped the charges pending further investigation. McCaffrey was released but Silva was detained in Alameda County for a parole violation.

Something wrong
Long before police entered Egg's home, his brother, Devon Egg, sensed something was wrong.

The Florida resident called his brother at his San Francisco home and an answering machine picked up. His brother never used an answering machine. And the recorded voice was not his brother's. The mysterious man on the machine asked callers to leave a message. He called again later and someone answered the phone who identified himself as Nate. He said Brian was out walking his dog and that he would have him call right back. That was sometime in late June or early July.

He said officers received information from Brian Egg's answering machine message that he was out of town. When asked by the Bay Area Reporter why that didn't raise suspicions because, according to Egg's brother, it wasn't Egg's voice on the machine and Egg had never owned an answering machine, McEachern replied he wasn't aware of that information. 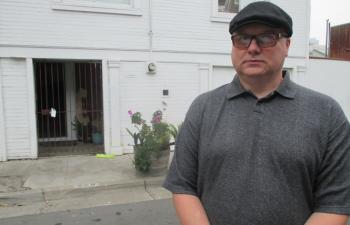 Suspicious activity
Longtime South of Market neighbor Scot Free shared Devon Egg's suspicions when he first noticed Brian Egg had disappeared in June. He also observed that a stranger was occupying the Clara Street home. He reported it to police and a missing persons case was filed. Free said that police did a welfare check on Egg and that an officer later called him to say that Egg was out of town doing an art project in Truckee. The officer apparently got that information from the man who was living in the home.

Free had been Egg's neighbor for 30 years and rented a room from him for two months about 20 years ago when his current house was unavailable. Free is a drag performer whose stage name is Pippi Lovestocking. He said he performed at the Stud with the famed drag revue Trannyshack that he helped start in 1996 with his friend and business partner, Heklina (Stefan Grygelko).

Devon Egg told the B.A.R. that police had been inside his brother's home at least once during the time he was missing but apparently did not see anything suspicious. It was unclear whether that was the result of Free's call or another time.

But after Egg had gone missing all summer, everything changed August 14. Police finally made a thorough search of his home and discovered badly decomposed human remains. Ironically, what led police to search the home was an apparent effort to destroy evidence.

Free and other neighbors had called police August 14 when a private crime scene cleanup company showed up at the house. But "Nate" was not at the home to let in the workers. Another man who called himself "Robert" was there. Neighbors told the B.A.R. that they overheard the cleaning crew tell police that Robert was paying them in cash. One neighbor heard $1,000, the other neighbor heard that the crew was offered as much as $5,000 to do the job.

Prior to Tuesday's news conference, police had not responded to multiple calls by the B.A.R. but released this statement Monday: "We have an ongoing missing persons investigation. We have recovered remains during the investigation and we are awaiting the autopsy report. An open and active investigation continues regarding the missing person."

After the discovery of the remains, police apparently were trying to snare more possible suspects. Poladian said that officers kept a round-the-clock watch on the house from August 14 until last Thursday, August 23.

The San Francisco Medical Examiner's office told the B.A.R. it could release no information on the case.

Another neighbor, Shelley Costantini, phoned police and encouraged other neighbors to do the same. She posted August 13: "So I just called and got all that info but I didn't actually get to speak with anyone. I left a voicemail and I'm waiting to get a response. I'm with Scot (Free) and thinking that the more people to call the better."

Friends and family are hoping to organize a memorial service for Egg, possibly September 11, which would have been Egg's 66th birthday, but so far no date has been set.

Investigators ask anyone with information on this case to contact the San Francisco Police anonymously at (415) 575-4444 or text a tip to TIP411 with SFPD at the start of the message.

Updated, 9/1/18:Article updated to include info on vigil.