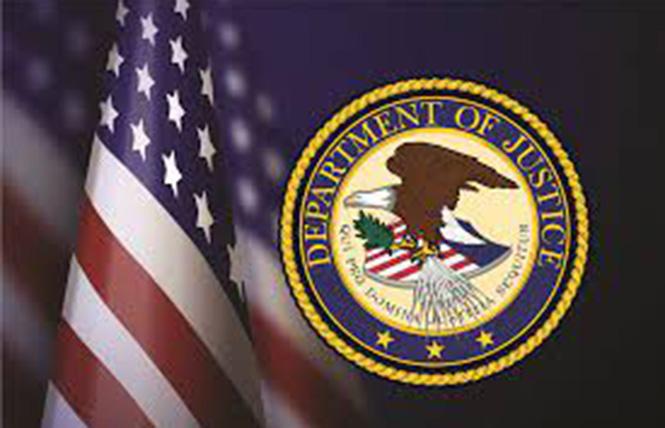 The U.S. Department of Justice has charged an Oregon man with a federal hate crime. Photo: Courtesy DOJ

An Oregon man was charged with a federal hate crime after he allegedly used Grindr to attack a gay man, according to a news release from the United States Department of Justice.

The criminal complaint in the case of the United States v. Daniel Andrew McGee is sealed, but federal prosecutors in a November 16 news release alleged that McGee, of Springfield, Oregon, tried to kill his unnamed victim.

"McGee and his victim met using Grindr, a social media and networking application designed for, and used primarily by, gay men," federal prosecutors stated in the release. "On July 5, after agreeing to meet, McGee entered his victim's apartment and proceeded to assault the man with a wooden club over a period of several minutes. Despite the victim's pleas for McGee to stop, McGee continued striking the man repeatedly in the head with the club. The victim sustained life-threatening injuries and was transported to a local hospital."

Investigation from the FBI and the Eugene Police Department revealed that McGee had been searching for and viewing "graphically violent anti-gay material" on the internet, "including videos of anti-gay attacks," the release states.

"McGee also used the internet to plan the assault, purchasing the weapon and other materials online," the release states. "In addition, McGee searched online for suggestions about how to get away with murder and how murderers avoid getting caught."

McGee was arrested by FBI agents November 15 and appeared before a magistrate judge with the U.S. Court for the District of Oregon. Later that day, McGee was ordered detained until the trial, according to court documents.

Gavin W. Bruce, an assistant U.S. attorney in the Oregon district; and Cameron A. Bell, a trial attorney with the justice department's civil rights division, will be prosecuting the case.

The federal Matthew Shepard and James Byrd Jr. Hate Crimes Prevention Act added real or perceived sexual orientation, gender, gender identity, and disability to the list of characteristics protected by federal hate crime statutes, which had included race, color, religion and national origin since 1968. It was signed into law by then-President Barack Obama in 2009. Shepard was a gay college student who was beaten to death in Wyoming in 1998. Byrd was a Black man decapitated by white supremacists in Texas, also in 1998.