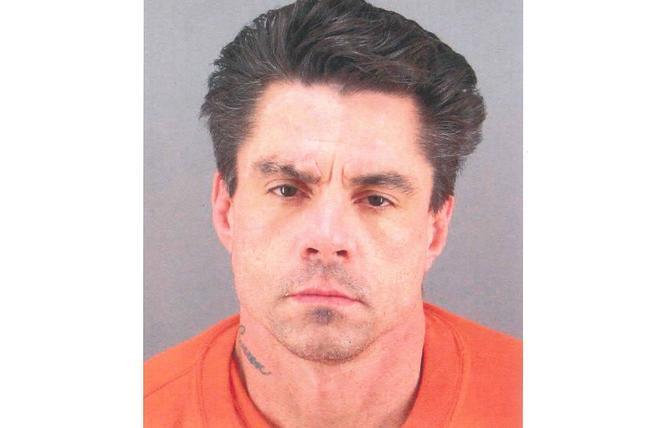 James Rickleffs, a San Francisco man found guilty over two years ago in the 2012 murder of a gay hair stylist, was sentenced to 50 years-to-life in state prison August 3.

San Francisco Superior Court Judge Gerardo Sandoval pronounced the sentence at the Hall of Justice at the end of a 90-minute session during which family and friends of the late Steven "Eriq" Escalon had the opportunity to say their piece.

In 2019, Rickleffs, 55, was found guilty of Escalon's murder as well as of first-degree burglary and petty theft. The charges stem from 2012, when according to prosecutors Escalon, 28, and Rickleffs met during 440's underwear night in the Castro neighborhood.

"Rickleffs, as a straight-identifying man, went to the Castro with tape and a knife, sat there drinking, and I believe snorted narcotics in the bathroom, waiting for someone," Escalon's friend Roberto Tiscareno told the court August 3.

Escalon died of an overdose of amyl nitrates and gamma-hydroxybutyric acid, or GHB, according to the medical examiner's report. He was found dead by his roommates and Rickleffs was arrested September 12, 2012 in possession of the suitcase.

In his remarks August 3, Tiscareno characterized that defense as having a subtext that somehow Escalon deserved his fate.

At the August 3 hearing Rickleffs was represented by Marc Zilversmit, a private attorney who specializes in appellate law. Zilversmit spent much of the past year reviewing trial transcripts.

"I'm old enough to remember defending gay people who were charged with having gay sex," Zilversmit told the court. "Whatever sex or kink different from that I have, there was no attempt to besmirch or smear him."

There was open weeping in the court when Escalon's mother, Esmeralda, approached the prosecutor's table to look at and address Rickleffs, who was sitting at the defense table with his attorney. Esmeralda Escalon faithfully traveled from Fresno to San Francisco for each hearing.

"I sat in this courtroom for nine years watching you act like everyone owes you," she told Rickleffs. "No. No one owes you shit. You went out there to hurt someone, and you picked my son."

"His sister was 7 [years old] when you took [Eriq] from us," Esmeralda Escalon explained. "I had to tell her. You know how hard it was for me? I said 'someone hurt brother.' She said 'what does that mean?' I said 'brother is in heaven, honey. He's not coming home no more.'

Tiscareno and Esmeralda Escalon were joined by other friends and family members who painted a portrait of a fun-loving, vibrant, generous gay man who worked hard to achieve his dream of moving to San Francisco and had succeeded before his death.

"He was a good man who hurt nobody; wouldn't even hurt a fly," his father, Steven Escalon, said. "We're here to see justice and I hope you get everything you got coming."

Rickleffs speaks
After Escalon's family and friends spoke, Sandoval turned the floor over to James Rickleffs' sister, Sheryl Rickleffs, who was appearing via Zoom.

Rickleffs interrupted his sister, telling Sandoval, "I don't want my sister to speak on my behalf."

The defendant then addressed the court.

"What a beautiful family," he said of the Escalons. "What a wonderful person Eriq was and I wish I had the time to get to know him."

Rickleffs proceeded to say that the death was an accidental drug overdose.

"I thought I was OD'ing and I didn't know what was happening to me," he said. "When I came back [from the bathroom] Eriq had expired."

"Expired!?" several Escalon family and friends scoffed, in shock. Several got up and left the courtroom for the remainder of Rickleffs' remarks.

"My mom just died. I know what it's like to have someone you love pulled from you," Rickleffs said. "I wasn't trying to besmirch Eriq. My lawyers — I was just fighting for my life. I didn't even get to tell my side of the story. I'm truly sorry for your loss, and I'll live with it every day."

"He is exhibiting his selfishness," Cervantes said. "He is refusing to take responsibility for what he did, which is taking a young man's life."

Sandoval said that the sentence would have been 25 to life but for the fact that this is Rickleffs' third strike. Rickleffs was given credit for the 3,260 days he already served.

Gay stylist was a partier, Rickleffs' defense says
Sign up!