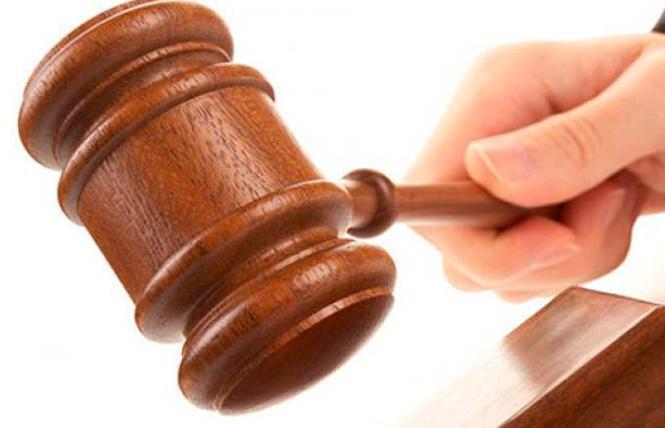 A status hearing will be held in January for a San Francisco man who pleaded no contest to misdemeanor counts of vandalism and false imprisonment stemming from an elder abuse case.

A no contest plea is similar to a guilty plea. The court made a finding of guilt after the plea, according to trial records.

Natthakarn Laohacharoensombat, 34, who goes by "Ray," was ordered to complete 24 anger management classes at the July 8 hearing when four of the initial six charges were dismissed. He is out of custody and his next court hearing is a status and restitution report January 8, according to court records.

Laohacharoensombat pleaded no contest to the counts after having been initially charged with elder abuse and three other criminal counts, according to trial records reviewed by the Bay Area Reporter.

As the B.A.R. previously reported August 1, 2018, Laohacharoensombat was charged with six criminal counts May 29, 2018 relating to his treatment of a then-63-year-old man he was allegedly caring for.

The vandalism charge, to which Laohacharoensombat pleaded, relates to damaging the victim's eyeglasses with graffiti, causing damages of less than $400, according to the complaint.

He was arrested for violating the order on June 3, 2018 and had to wear an electronic monitoring device until November 2, 2018, according to court documents.

"He can be the sweetest, nicest, most likeable person and then he turns on a dime and becomes destructive to people and anything in his path," the person said. "He doesn't care who or what he's harming."

The San Francisco Public Defender's office, which represented Laohacharoensombat, did not return a request for comment as of press time.

The elderly victim did not return a request for comment as of press time.

The B.A.R. attempted to reach Laohacharoensombat through a phone number associated with him and the public defender's office, neither of which responded as of press time, and an individual currently acquainted with him.