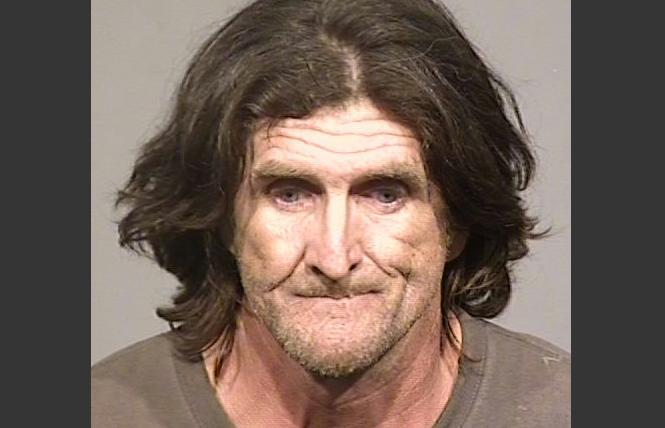 A North Bay man was sentenced to nine months in county jail and three years probation Wednesday for a hate crime conviction tied to an incident in which he threatened to "bomb the gay people in Guerneville" at a local Safeway store last year.

Sonoma County Superior Court Judge Peter Ottenweller told Vincent Joseph O'Sullivan, 56, he did not believe O'Sullivan was remorseful for his actions and did not understand the impact on the local community.

Myers was present at the April 10 sentencing and read aloud a victim's statement.

Woods, commenting on Myers statement, told the court he does believe O'Sullivan is a good person and asked the judge to allow him to give back to the community.

In his statement to the court, O'Sullivan said, "I do feel bad that this all happened. There is remorse here."

"The reason I am bewildered by this is because you should be fully aware of what your hateful comments mean to not just one person but a class of people," Ottenweller said. "To say the things you did to someone who has been respectful to you shows your complete lack of control and the hatred coming out of you."

After the sentencing, Myers said he felt the sentencing was enough and that, "this kind of behavior is not tolerated. There is no tolerance for hatred."