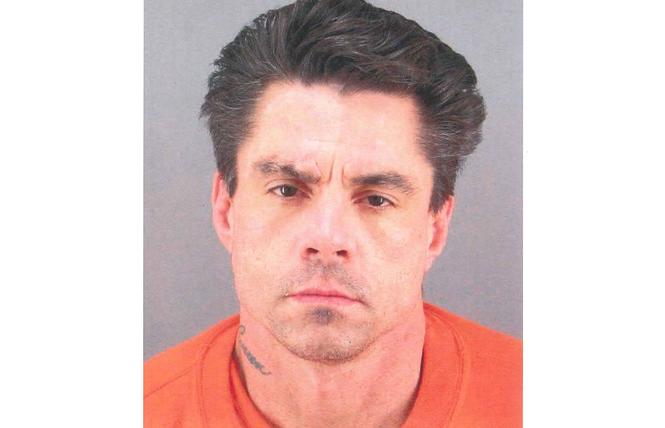 James Rickleffs was found guilty of first-degree murder March 4 by a San Francisco Superior Court jury for the killing of gay man Steven "Eriq" Escalon, 28, after just one and a half days of deliberation.

As Judge Gerardo Sandoval read the verdict, Escalon's family, who has attended the entire six-week trial, could audibly be heard crying.

"Eriq got justice. Eriq got justice, that's for sure," Escalon's mother, Esmeralda Escalon, told the Bay Area Reporter outside the courtroom after the verdict. She has previously described her son as a "beautiful soul" and "friendly, loving, outgoing, and generous."

It's been six and a half years since Escalon, a hair stylist, was found dead on his bed June 12, 2012 in his Diamond Heights apartment. He was bound at his feet, hands, and torso. He was also gagged with a piece of cloth that smelt strongly of amyl nitrates, commonly known as poppers, according to the medical examiner's report. It was concluded by the medical examiner that Escalon died of an overdose of a mixture of amyl nitrates and gamma-hydroxybutyric acid, or GHB.

Assistant District Attorney Julia Cervantes argued that Escalon and Rickleffs met at the bar, 440 Castro, the night before Escalon's death. The next morning, she said, Rickleffs tied Escalon up, gagged him, and poured poppers on his face immobilizing him, with the intent to steal from him.

Rickleffs was arrested the day after Escalon was found dead for an unrelated incident and found with a suitcase filled with items from Escalon's apartment including a laptop, Escalon's checkbook, and a bankcard of one of Escalon's roommates, according to police. Rickleffs has been in custody since September 2012.

In a group discussion with Cervantes and Solis outside the courtroom after the verdict, the jury members explained their reasoning behind their decision. Most said that they felt Escalon's death was caused by many factors, including the obstruction of his breathing from the gag, his inability to move from being bound, and the drugs found in his system. Although they unanimously agreed that Rickleffs did not intend to kill Escalon, it was the robbery and his disregard for human life that swayed them to find him guilty of felony murder.

"We didn't agree on one causation of death, it was a combination of factors," one male juror said. Another male juror said, "We don't believe [Rickleffs] intended to kill him, but the GHB, amyl nitrate, and constraints over the face were compelling factors."

A female juror said, "He walked out the door and left him to die. That was a substantial factor in his death." She added that, "His intent to tie him up was a common thread throughout." 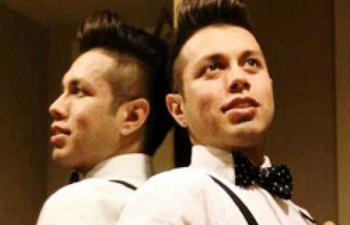 Family speaks
Escalon's family believes Rickleffs did intend to kill him. The B.A.R. sat down with Escalon's mother; a friend of Escalon's, Roberto Tiscareno; and a close family friend, Leighanna Benitez, hours before the verdict.

It has been an incredibly rough, stressful six weeks for their entire family who have traveled from Fresno, California everyday that trial was in session, Esmeralda Escalon said. She felt that Cervantes was doing a great job and sticking to the facts. The most revealing evidence to Esmeralda Escalon was the two and a half hour interrogation video of Rickleffs talking to police from September 2012. In the video, which was played for the jury during trial, Rickleffs confessed to tying up Escalon and stealing things from his house.

She also said Rickleffs' knife, which was found a week later in Escalon's apartment by his roommate and contained Rickleffs' DNA, was what connected Rickleffs most strongly to the killing.

"He was a dumb criminal," she said. "But the reason why we are here today was because of his mistake. Without that evidence we wouldn't have found the person who did it."

During the trial, Esmeralda Escalon was also hurt by the narrative Solis told that described her son as a drug user, alcoholic, and sexual deviant.

"That's not who Eriq was," she said. "He was a happy person, friendly, loving, outgoing, generous," who "lived life to the fullest." And in terms of real facts, "[Solis] had nothing on Eriq," Esmeralda Escalon said.

Tiscareno said he was offended by Solis' argument.

"As Eriq's friend and a gay resident of San Francisco, it was embarrassing that she tried to criminalize the drinking, cigarettes, and sexual desire in her closing arguments," Tiscareno, 37, said.

The two friends met when Escalon was 17 years old and both were members of Blue Devils Performing Arts, a large marching band and drum corps out of Concord.

"He was always very kind and supportive and animated," Tiscareno said. "He was always engaged and wanted to know how you were doing and cared. He wasn't superficial. We loved hanging out with him."

There were over 400 people at Escalon's funeral service held in Fresno, Esmeralda Escalon said. They even had to move the event prior to its happening because of how many people wanted to attend.

When asked what Esmeralda Escalon has learned about life after the death of her son, who she spoke to almost everyday on the phone after he moved to San Francisco, she said, "Life is too short. Enjoy every moment. Eriq would always say live life like it's your last."

Cervantes also acknowledged the family in the news release. "I want to commend the resolve of Mr. Escalon's family in their pursuit of justice. This was an exceptionally difficult chapter of their lives," she said.

Closing arguments
In closing arguments that began Wednesday, February 27, prosecutors told the story of a young, gay man whose life was cut short by a ruthless killer who targeted Escalon to steal from him.

Solis said Rickleffs was not to blame for the accidental death and that Escalon himself took the drugs that played a significant factor in his death and everything that happened that night was consensual. She also said prosecutors had not proved beyond a reasonable doubt that Escalon died as the result of Rickleffs' actions.

Cervantes began by telling the jury that Escalon moved to San Francisco a few months prior to his death and thought the city was a safe place for him.

"He went out that night with his friend looking to have a nice time," she said. "James Rickleffs had a very different agenda that night."

Turning to face Rickleffs in the courtroom Cervantes said, "He killed Eriq Escalon. He murdered Eriq Escalon. He picked him up to rob him. James Rickleffs intended to steal from him that night. It's his motivation for tying Eriq up, for waiting until his roommates left to leave to go around the apartment and to take whatever he wants. It's his motivation for everything."

Solis argued there was no evidence that Rickleffs intended to steal from Escalon when he went home with him that night. It was revealed during the trial that the defendant and victim had an agreement in which Escalon would pay Rickleffs $100 to take naked pictures of Rickleffs.

Explaining that Escalon was fully clothed when he was tied up and that there was no evidence the incident was sexual, including no sperm found at the scene, proved this wrong, Cervantes explained. She drove home the defendant's disregard for human life and that the motivation to steal made it first-degree murder.

"His disregard for whether or not Eriq Escalon died that day allowed him to walk out that door," Cervantes said, adding that Rickleffs previously told police that when he left the house he heard Escalon snoring and did not release the gag from his mouth. As well, she discredited Rickleffs' statement in which he said Escalon, with his feet, hands, and body tied, and mouth gagged, bent over his bed, spilled a bottle of amyl nitrate, and wiped his face through the liquid.

"That is not physically possible," she argued.

Solis refuted this, explaining that the way Escalon's body was found is consistent with this theory. Solis said Escalon's roommate, who testified in court, said Escalon's feet were hanging over the bed as if to be in a sitting position and his head was at the foot of the bed.

The aspect of the drugs was heavily talked about by both attorneys in their arguments. Solis argued that prosecutors had not proved beyond a reasonable doubt that Escalon died of an amyl nitrate and GHB overdose.

"The district attorney said this case is about murder, but she didn't say how he died. This whole case is about causation," Solis said in her closing argument.

San Francisco's chief toxicologist, Luke Rodda, Ph.D., said in his testimony during the trial that Escalon's blood tested positive for GHB and amyl nitrate and that THC was found in his urine. There was no alcohol found in his blood at the time of his autopsy.

Solis, however, argued that the testing for amyl nitrate and GHB was done almost four months after Escalon died, making the results inaccurate. Rodda testified that there have been instances in which the level of drugs, particularly GHB, can change after death increasing or decreasing, but that he didn't believe the degradation of GHB to be significant. Solis also mentioned the San Francisco medical examiner's report that noted there was no vomiting or regurgitation of the victim. Lastly, the defense attorney drove home that Escalon was a user of recreational drugs.

"What we do know is that Eriq has drugs. There was speed, amphetamine, found in his purse. There was GHB in his system and lots and lots of poppers purchased repeatedly and often," Solis said.

To the prosecutors, it's clear that "James Rickleffs poured the poppers on Eriq," Cervantes said.