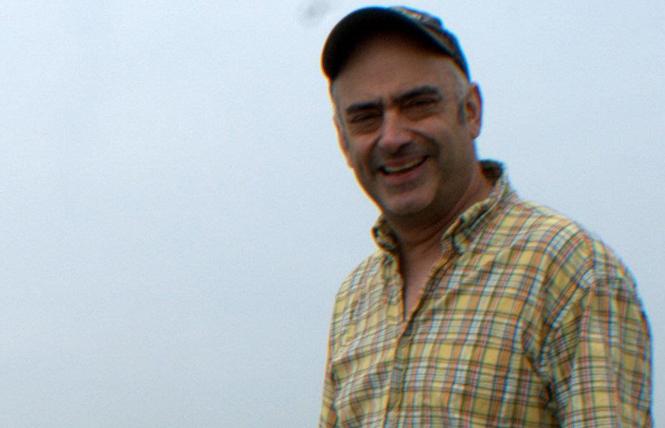 In addition to the murder conviction, Fletcher, 38, was found guilty of using a deadly and dangerous weapon and possession of methamphetamine with the intent to sell.

According to Deputy District Attorney William Satchell, Fletcher faces 26 years to life in prison. His sentencing is set for August 24 at Sacramento County Superior Court.

Fletcher, 38, was charged shortly after the April 2015 strangling death of Aiello.

During closing arguments Tuesday, July 10, defense attorney Donald Dorfman argued that Fletcher acted in self-defense and should be found guilty of involuntary manslaughter.

Aiello, a 53-year-old gay man, was found dead in his home April 15, 2015 with a belt wrapped around his neck. According to police testimony during the October 2017 preliminary hearing, Fletcher claimed Aiello, who was on the floor, had wrapped the belt around his own neck and tried to force Fletcher into having sex with him. According to court testimony, the two had known each other for years, and Aiello was upset that Fletcher had never had sex with him.

Fletcher was charged with first-degree murder and other charges related to Aiello's death. He pleaded not guilty.

Crying was heard from people who attended the closing arguments as graphic pictures of Aiello were shown, including one that showed a distinctive footprint on his back. Satchell said the footprint matched the design of the bottom of the shoes that Fletcher was wearing on the day Aiello was found dead.

Aiello's friend who attended court Tuesday declined to speak with the B.A.R.

Satchell argued that Fletcher killed Aiello by pulling on the belt wrapped around his neck and pressing his foot on the upper part of his back for leverage until Aiello suffocated. Satchell's closing argument described Fletcher as a liar and criminal. 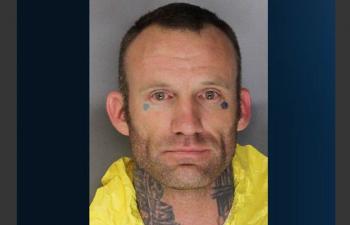 At the time of Aiello's death, Fletcher told detectives that Aiello was trying to force him to have sex and, in order to prevent it, he used just enough force on the belt to stop Aiello. Fletcher claimed that he left the house after Aiello passed out. But police, who testified at Fletcher's preliminary hearing, said that they'd discovered Aiello's naked body after seeing Fletcher carrying a TV from Aiello's home. Officers didn't indicate that Fletcher had said anything about having just defended himself against an unwanted sexual advance.

Satchell argued that, even if this story were true, Fletcher should be found guilty of second-degree murder, as he left Aiello unconscious and bleeding from his nose and mouth.

"Everything shows the defendant intended to kill Mr. Aiello," Satchell said. "The forensic evidence, testimony, text messages, and behavior of the defendant show this is murder."

During his closing argument, Dorfman said Fletcher did not intend to kill Aiello.

"My client may be a lot of things; a drug dealer, a male prostitute, a liar, but he is not a murderer," Dorfman said.

The defendant's lawyer told the jury that the incident was a sex act gone wrong and that Fletcher loved Aiello and was his friend.

"Mr. Aiello didn't die because my client intended to kill him," Dorfman said. "This was an accident between two strange lovers that ended in a death, but my client never intended it to be a killing."

Acting strangely
As previously reported by the B.A.R., on the day of the murder, Officer Filmore Graham said that when police responded to a disturbance at about 3:30 a.m. at 1326 X Street in Sacramento, where Aiello lived, he saw Fletcher carrying a flat screen TV and a woman who was also carrying something.

(The woman, Sabrina Ahrens-Gravelle, was reportedly in a Jeep when Fletcher allegedly killed Aiello. She was sentenced in August 2015 to five years probation in the case after she pleaded no contest to possession of methamphetamine.)

Fletcher, who "was really sweaty," even though "it was really cold outside," said, "This is my shop. My partner and I own it," Graham testified, adding that Fletcher had said "Dan" was "in the back lying down."

Officer Tony Parham, who had also responded to the scene, testified that Fletcher seemed "very nervous."

Moments later, Graham and Parham found Aiello in his bedroom, lying face down on the floor with a belt "wrapped around his neck," said Graham, who added there had been a possible shoeprint on his back. Aiello was soon pronounced dead.

7/12/18:This story was updated to include jury's verdict and sentencing information.