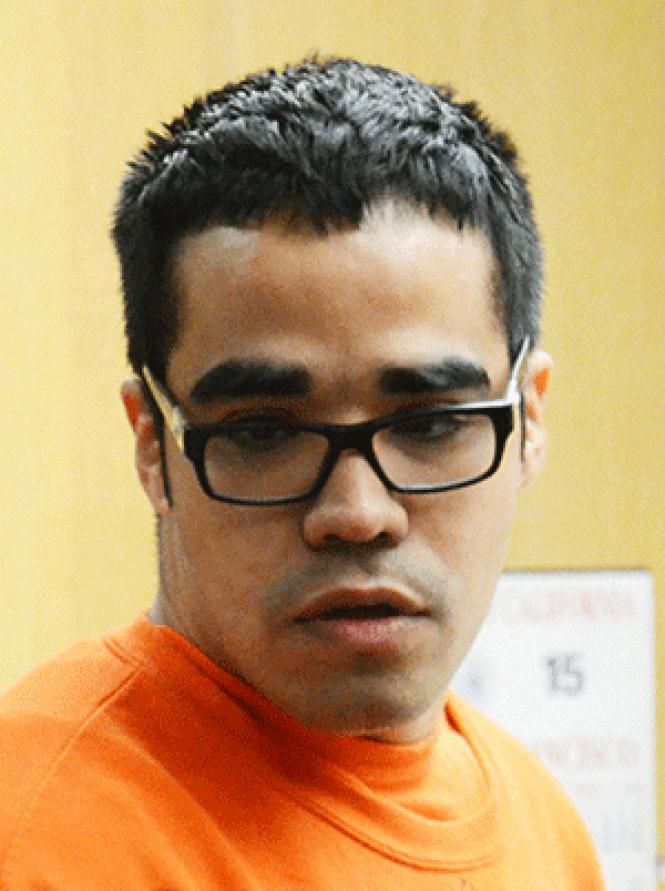 David Munoz Diaz at his arraignment in January 2015.  (Source:Rick Gerharter)

David Munoz Diaz, the San Francisco man convicted of accidentally choking to death a sex partner in 2011 and then arrested again last year for allegedly starting fires in the Castro district, was released from jail Monday, September 26 on the most recent charges after reaching a plea deal.

Retired Superior Court Judge Philip Moscone sentenced Diaz, 27, Monday to a year of mandatory supervision. He'll have to register as an arsonist for life, wear an ankle monitor for at least the first six months of his supervision, and receive counseling.

He's also been ordered to stay 150 yards away from 4082 through 4086 18th Street, the building where the Mix bar and the apartment where he'd lived are located.

Diaz had been accused of setting a fire at the Up Hair hair salon, which is located above the Mix, as well as burning the car of his boyfriend, Mix owner Larry Metzger. He's also been ordered to stay away from the bar's manager.

Diaz had originally pleaded not guilty to felony counts of arson of an inhabited structure, arson of property, and possession of an incendiary device. He'd been in custody on the charges since January 2015.

As part of the disposition negotiated with prosecutors, he pleaded guilty in August to the incendiary device charge and a count of second-degree burglary, according to court records. That charge stemmed from his entering the Mix with the intention of committing a felony.

In 2014, Diaz stood trial for the June 2011 death of Freddy Canul-Arguello, 23, in Buena Vista Park. In his testimony, Diaz testified that Canul-Arguello had asked to be choked during a sexual encounter and that he'd accidentally killed him.

Diaz said he'd set fire to a cup in a recycling bin to signal for help. The melted bin was found with Canul-Arguello's heavily charred body.

Metzger was in court Monday but declined to comment.

Asked about community concerns about Diaz being released, Max Szabo, a spokesman for the district attorney's office, said in an email that all San Francisco police officers "have been notified of this pending release and have been provided a copy of Diaz's mugshot and stay away. This defendant is due back in court next week [October 5] to prove he has his electronic monitor on, and that he has registered as an arsonist - both of which will allow for greater supervision."

Lilien said, "This is a negotiated disposition that hopefully addresses David's needs and the concerns of the community."

Diaz has undergone a court-ordered psychiatric evaluation. Lilien said the results are confidential, and the probation department will determine what he engages in treatment for.

Formally, Moscone sentenced Diaz Friday to three years and eight months in state prison, but with the time he's already served and other credits, as well under the state's split sentence guidelines, he's set to do the year of mandatory supervision.