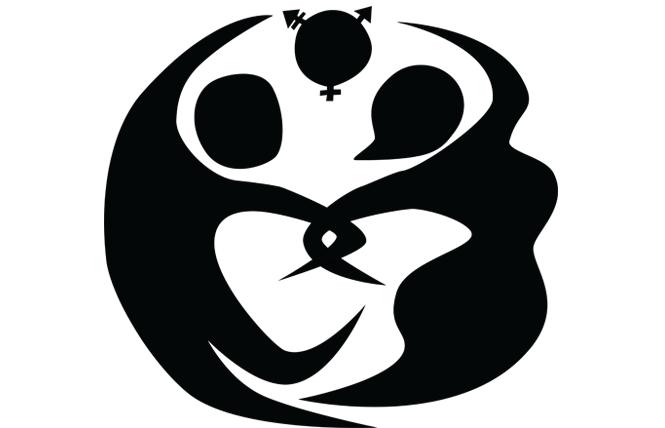 I have always been intrigued by history. I love to look at how things came together over time, and how advances in knowledge, technology, and society — for both good and ill — helped to shape the world we live in today.

Being transgender makes me keen on trans history, too. The stories of pharaohs and emperors who may well have been trans, for example, shed light on just how many centuries there has been a transgender presence in this world.

In the modern era it's learning about the great advances in trans lives centered in Magnus Hischfeld's Institut für Sexualwissenschaft — and the loss of that center at the hands of the Nazis.

Hirschfeld's seminal work, "Die Transvestiten," paved the way for a greater understanding of transgender people. Dr. Harry Benjamin — who had met Hirschfeld in those heady Weimar days — picked up the torch, penning his own study of transgender people in the 1960s, "The Transsexual Phenomenon."

Benjamin was also known for one of his most famous subjects, Christine Jorgensen. While she was far from the first trans woman to undergo surgery, her appearance in mainstream consciousness in 1952 likely contributed the most to the common understanding of transsexual women.

In the decades since, many other trans names have been widely noticed in the media. Wendy Carlos, Renee Richards, Roberta Cowell, Candy Darling, Holly Woodlawn, Carolyn "Tula" Cossey, Kate Bornstein, Lana and Lilly Wachowski, Laverne Cox, Janet Mock, and so on.

Another patient of Benjamin's was Reed Erickson, a trans man who started what was known as the Erickson Educational Foundation, where he worked to provide information and resources for two decades. He, too, is part of a legacy of amazing, influential trans men such as Louis G. Sullivan, Loren Cameron, James Green, Jude Patton, Alexander John Goodrum, Stephen Whittle, Ian Harvie, Scott Turner Schofield, Shannon Minter, Sean Dorsey, and Kortney Ziegler, Ph.D.

Today, this same work continues into new frontiers, as nonbinary and gender fluid voices enter the discussion, and a new generation of trans people begin to influence the world.
In this world exists those who wish to tell you that transgender people are something new, who are undergoing care that is untested, and that many people who are coming out now are subject to a new quack concept labeled "Rapid Onset Gender Dysphoria."

The notion is that, given the easy availability of transgender resources, more and more people are coming out as trans as part of some quickly evolving social contagion. I hasten to give this idea too much air for one simple reason.

Look back on all I just wrote, the decades of transgender people coming out, the advances in the understanding of transgender people that were taking place over 100 years ago in Berlin, that spread to the United States in the postwar era, and which have blossomed since the 1990s, in part due to the availability of information.

For myself, coming up into the community when I did meant that a lot of the resources weren't at my fingertips. I often had to stumble my way through things. This didn't make me any less trans than anyone with the power of a smartphone and today's internet, which has only served to make the information more widely available.

Far from being some insidious group pressure than forces people to become transgender, this availability of information has helped allow people who already were trans or nonbinary to finally have a name for their feelings, find others like them, and grow into whole, functioning people.

This is no insidious plot brought on by an out of control pharmaceutical cabal like the conspiracy nuts would like you to believe. There is no shadowy trans lobby forcing matters. Indeed, if there was, I don't think it would be so blasted hard to get transgender care and medications in the world today.

What's more, this notion of people becoming transgender as a result of peer pressure should be laughed at as loudly as possible. When one does come out as trans, we often face anger and hatred from friends and family, ostracization from peer groups, and a whole world that seems willing to tear down our identities at every turn. If we were so swayed by a push toward social conformity, we'd certainly not choose to be transgender or nonbinary in such a hostile world.

So, you may ask, if this isn't about people falling under a delusion they are transgender and rushing into a potentially perilous transition, why is it referred to as "rapid onset?" The answer should be obvious.

For many of us who are trans, we may feel that something isn't right for years, even decades, of our lives. In that time, we may grow to feel that our trans leanings are shameful, and should be locked away. Those outside of us may never know those feelings are there, under the surface all the time. Still others may suspect these feelings, but have learned to avoid any deep realizations about their friends or families out of their own sense of shame.

For us, coming out and bringing our truth to the surface may indeed feel rapid to those who don't inhabit our bodies, not realizing that we have agonized over this over our lifetime.

To them, this decision came in a snap, just like those who never had heard of transgender people might think this community came into existence the moment Caitlyn Jenner squeezed into lingerie on the cover of Vanity Fair.

I assure you, however, just like the trans community has a long history, so do our innate feelings about our own genders — or the lack thereof. There's simply nothing "rapid" to it.

Gwen Smith does almost nothing rapidly. You can find her at www.gwensmith.com.