Transmissions: The other days 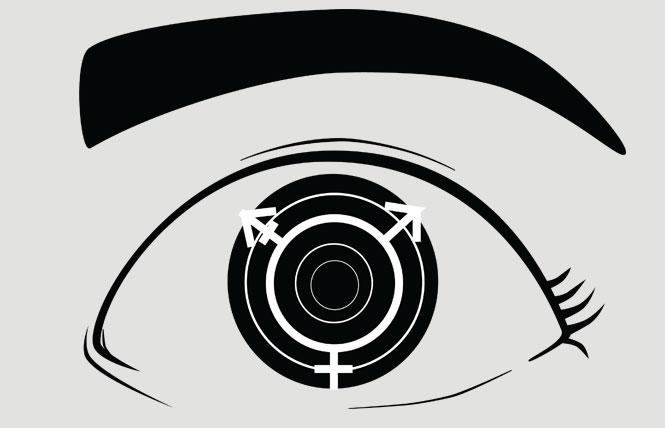 In 2009, feeling a need for an event to balance the Transgender Day of Remembrance, the inaugural Transgender Day of Visibility was held. The event was held this year on March 31 and provides a way to celebrate living transgender people. (The remembrance event, which was started by yours truly in 1999, is meant to recognize trans people lost to violence, though many places also honor those lost to AIDS and other diseases.)

The visibility event has grown, including being officially recognized by President Joe Biden for the first time this year. Indeed, the executive branch took the opportunity to roll out a number of trans- and nonbinary-related policies, including allowing for "X" gender markers for United States passports beginning April 11.

These are good things that I should feel happy about. And yet, on a day of visibility, I felt as if I'd rather get a day to be invisible.

I feel the need to put a caveat into this piece. I know that my own involvement with Transgender Day of Remembrance might make this sound like I'm bitter about the attention paid to the Transgender Day of Visibility, or that there's some feud between the two.

Far be this from the truth.

This year we are dealing with hundreds of anti-transgender bills being introduced in statehouses across the country. These bills will deny us from participating in sports at school, deny us from using appropriate restroom facilities, deny us from getting medical care, deny us from reading and learning about trans people like ourselves, and even deny us our very families.

Of course, this has already started to reverberate at the federal level, with Congressmember Marjorie Taylor Greene (R-Georgia) threatening a national version of Florida's "Don't Say Gay" bill should the GOP return to power. (Right now, the Democrats control the House and Senate, albeit by slim majorities, and, of course, the White House.) The Florida bill, which Republican Governor Ron DeSantis signed March 28, is titled "Parental Rights in Education" and will not allow public school classroom instruction about sexual orientation and gender identity in grades K-3, while "age-appropriate" teaching would be allowed in older grades — though it is not clear what is considered "age-appropriate." The bill would also allow parents to sue schools or teachers who violate the legislation. It goes into effect July 1.

Meanwhile, transgender people, either generally or specifically, are being attacked every day. Athletes like Lia Thomas, a collegiate swimmer, are being accused of having an advantage when they win and of "sandbagging" when they lose. We're incorrectly called "groomers" in order to whip up fears of pedophilia and trafficking. We're even referred to as a "contagion," as if we were something to be eradicated.

In short, we are most definitely visible to our opponents. It feels like we're wearing an archery target every day of the year and, every day, it's one more wound.

Meanwhile, our allies — such as they are — are making nice statements and posting trans Pride flags on their Twitter feeds.

Don't get me wrong, I appreciate what they're doing, but instead of something concrete that can help fight back against the hatred, we tend to get a day with trans-flag draped sentiments, liberally coated in treacle.

What's more, those who stand against us will claim that these milquetoast statements will somehow show how powerful the transgender community is, how oppressed they are, and how they must valiantly stand against it all.

I'm very glad for the changes that the Biden administration has put in place, both on Trans Visibility Day and before that. At the same time, the Obama administration made similar strides years ago, only to see the Trump administration strip those away. Without actual law, passed by Congress, these changes are only as secure as there is an administration in place that cares to press for them.

I probably don't need to note that, even with laws in place, they will need to be defended, and likely more than a few times. Just look at Roe v. Wade for an example of that. Or, at least while it still exists.

We live in a precarious time, and I'm honestly not sure how this will all play out. While I remain hopeful, I am also very wary. More than that, I'm very tired. A lot of us are.

I want to go back to the roots of the Transgender Day of Visibility. I want to think of this beyond what it seems to be becoming in some circles. I want this to be a time to celebrate ourselves, not a time for well-meaning allies — and corporations eager to sell trans colored cookies and such — to pander to the fairly scant transgender dollar.

Right now, it feels as if the two days on our trans calendar are a day focused on our deaths, and a day where we are asking to be seen. I want something more.

For many of us, we choose to be visible every day of the year. I choose to stand up, in the hope that others may feel they, too, can be seen. I know I am nowhere alone in that. That is the sort of visibility I want to see in this world. That is the sort of visibility that is vital to our continued existence. It means a lot more to me than some nice words on a social media site, particularly from companies that may not ever speak of trans issues — or hire transgender people.

Maybe that is it. Maybe we need more days on our calendars:

I want a trans day of community, of kinship, and of comradeship.

I want a trans day of sanctuary, of safety, and of security.

I want a trans day of jubilation, of joy, and of happiness.

This year, however, I'd probably settle for a trans day of leaving us the hell alone.

Gwen Smith wonders who would be on the transgender dollar. You'll find her at www.gwensmith.com

Transmissions: When a swimmer is not a swimmer
Sign up!