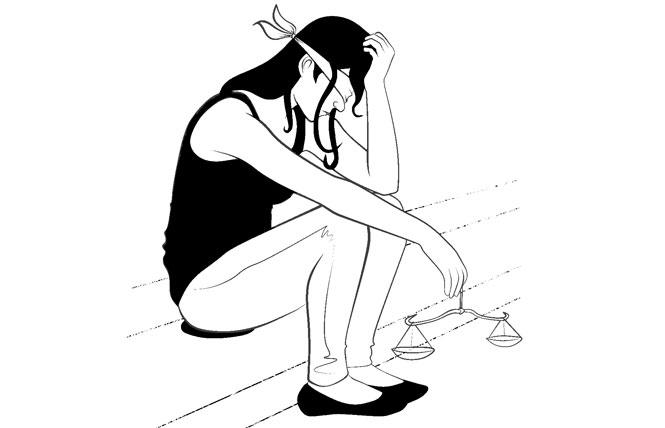 I haven't been sleeping well lately, and it is largely Republican Texas Governor Greg Abbott's fault.

For some time, Abbott and his cronies in the Legislature have been trying to pass laws against transgender people. He's not had an easy time of it, even calling a total of three special sessions in 2021 to, among other things, bar transgender students from participating in sports programs with their peers and halt health care for trans youth.

Without the support of lawmakers, Abbott, as well as Texas Attorney General Ken Paxton (R), took the matter into their own hands. Paxton, who is currently under FBI investigation for bribery and abuse of office (he has denied wrongdoing), issued a legal opinion declaring that some forms of trans health care, including puberty blockers, hormones, and surgery, should be listed as child abuse when presented to transgender youth.

Before I go any further, I want to note that hormone treatments and surgery are not generally provided to transgender children, and I'm sure Paxton knows this, too. At any rate, Abbott went through the door Paxton opened, issuing a directive requesting that state agencies begin to investigate transgender health care as child abuse.

I am sure it wasn't entirely a coincidence that Abbott's directive came out just as Bill Magness, the former chief of the Electric Reliability Council of Texas, claimed Abbott told him to keep the cost of electricity "as high as possible" during a blackout in February 2021 that led to 246 deaths and billions in costs for energy companies and others — but I digress.

Abbott's directive, as well as Paxton's letter, is not law, of course. They are in no way legally binding.

They are still leading to investigations, however, with the first being an employee of the Texas Department of Family and Protective Services who has a trans child. The DFPS placed the employee on leave after she asked how the directive may affect her family. An investigator also tried to get the family to sign a release, allowing DFPS to access their child's medical records.

Thankfully, a judge has made a preliminary ruling in this case, temporarily blocking the investigation of this particular family. By the time you read this, the judge is expected to rule on this directive in a broader fashion, potentially blocking these actions statewide — or not.

The whole thing is needlessly cruel, labeling the parents of transgender people, as well as their caregivers, as child abusers, and feeding into popular right-wing tropes against trans health care. Worse than this, it could force the trans children themselves to be removed from their families and forced into a foster care system that will not take their needs into consideration. In short, this would likely severely harm the very children and teens it claims it would help.

All of this is happening as study after study have shown that transgender youth who are affirmed, and who do receive appropriate treatment, are found to face less depression and less suicidal ideation. For example, a February 2022 study published via JAMA Network Open showed that such treatments led to 60% lower odds for depression and 73% lower odds for suicidality.

So, pretty much the opposite of Paxton and Abbott's claims.

I alluded earlier to the convenience of the timing of this news to seek to criminalize transgender care by the governor and the attorney general, as they find themselves mired in scandal. I can't even call this a conspiracy theory on my part, as Abbott's reelection campaign to keep Democratic challenger Beto O'Rourke out of the governorship made clear: campaign representative Dave Carney told reporters after Abbott's primary win last week that the transgender directive was a "75% to 80% winner" for the governor.

And yes, Paxton is facing a May runoff in the Republican primary, so I'm sure he's enjoying similar percentages.

The Lone Star State is not alone. While Abbott hasn't managed to get such a thing through his own Legislature, such is not the case elsewhere. South Dakota Governor Kristi Noem (R) has signed Senate Bill 46, which bars transgender athletes from childhood to college from competing against their peers. Florida's "Don't Say Gay" bill is still moving along, and Alabama is poised to make it a felony, punishable by up to 10 years in prison, for a doctor to provide appropriate care to trans youth.

That's just three of the scores of bills making it through statehouses right now. This is why I'm not getting much sleep lately. Really, I don't think many transgender people are sleeping all that well right now as a result of all this.

There is a small silver lining. In reaction to Abbott's directive and other moves, President Joe Biden had this to say during his State of the Union address: "As I said last year, especially to our younger transgender Americans, I will always have your back as your president, so you can be yourself and reach your God-given potential."

I also have to add that this has become more than words, as the U.S. Department of Health and Human Services unveiled several steps to protect transgender youth and others, aimed squarely at Abbott's directive as well as the actions of the Texas DFPS.

But we cannot rest easy. A directive from the Biden administration can go far, but it is not a law. As we saw under former President Donald Trump, a lot of trans-positive precedent can be dismantled very quickly. We need transgender protections codified into federal law, whether via the Equality Act or some other bill. Given the makeup of Congress, I also don't see that happening any time soon.

Honestly, I fear it is already too late, and the rights of transgender people like me are all but lost for a generation.

Gwen Smith applauds the American Civil Liberties Union for its work against these bills, and against Abbott's directive. You'll find her at www.gwensmith.com