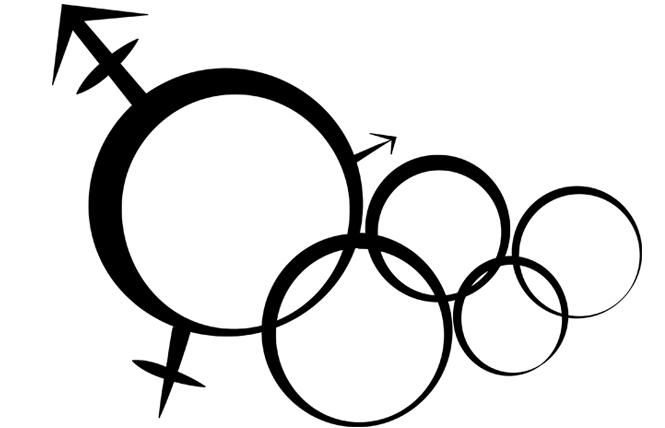 It wasn't until 2003 that the Olympics had a formal policy for trans participants, requiring gender confirmation surgeries, including the removal of the gonads and changes to external genitalia, as well as legal recognition of their gender and two years or so of hormonal treatment.

Perhaps unsurprisingly, there were no trans Olympians.

These policies were changed in 2015, to ease the legal and surgical requirements. While the policies moved to allow transgender people to declare their gender, they did include a requirement that a transgender person have less than 10 nanomoles per liter of testosterone in their system. I'm not wholly sure how that might apply to trans men or nonbinary Olympians.

Those rules were finalized in time for the 2016 Olympics, in which zero transgender people participated.

While the International Olympic Committee has not further augmented its policies, the involvement of World Athletics, the governing body for track and field, has cast a shadow on the games by its own policies, changing the testosterone limit on transgender athletes to 5 nanomoles per liter, in line with its policies on track star Caster Semenya and other intersex athletes.

It's important to understand that, in spite of what one's fifth grade biology textbook may have led you to believe, both those assigned male and those assigned female at birth have testosterone in their system. The hormone is believed to aid performance, leading to questions about female-identified athletes with what some may consider an overabundance of it occurring in their system.

As a result, World Athletics has reacted to all this by banning athletes from competing unless they agree to artificially lower their testosterone through medication or surgical intervention. As most athletes need to perform in competitions under World Athletics rules to qualify for the Olympics, this may as well be viewed as part of the IOC's policies.

At the Tokyo Games, which ended August 8, we finally saw the first transgender- and nonbinary-identified Olympians, even as so many non-transgender athletes were being barred from their sports. Quinn, who identifies as nonbinary and uses one name, won gold as part of the Canadian women's soccer team, while Alana Smith — a nonbinary skateboarder — and Laurel Hubbard — a transfeminine weightlifter — competed but did not medal.

You would assume, from listening to a lot of the popular media, that there is a mass movement for male athletes to flout such rules and force themselves into women's sports. Certainly, I've seen plenty of pundits and others claiming that such sporting events are under threat from the supposedly naturally superior men dominating women's sports.

Yet, at the premiere sporting event in the world, this didn't seem to happen. Indeed, you will be hard-pressed to find any trans- or nonbinary-identified athletes dominating their sports. I'd wish them well, but they remain few and far between.

Rather, you see policies created out of this fear-mongering affecting intersex people and others: Christine Mboma and Beatrice Masilingi from the Namibia team, and Francine Niyonsaba of Burundi.

Each of these runners faced issues over their testosterone levels, a controversy that started over South Africa's Semenya, who had hoped to defend her own Olympics wins in Tokyo, only to be halted over the amount of naturally-occurring testosterone in her system.

Niyonsaba, the second-highest ranking 800-meter runner in the world, faced the same choices as the highest-ranked, Semenya: medical intervention, participating in a men's race, or opting to race in something other than the 800 meters. She chose the latter of those three, eventually being disqualified in Tokyo over a technicality that didn't seemingly involve her body's chemistry.

Likewise, Masilingi and Mboma were barred from the 400-meter sprint under the same rules. They instead opted for the 200-meter sprint, where Mboma finished second.

I feel it important to note, before anyone asks, that none of the above athletes are transgender women.

Oh, and one final note on Mboma. After her silver medal win at Tokyo, a former athlete, Poland's Marcin Urbas, demanded she be forced to prove she's a woman. "I would like to request a thorough test on Mboma to find out if she definitely is a woman," Urbas said.

Urbas made no such claim about the gold medalist, Elaine Thompson-Herah of Jamaica.

World Athletics — like any anti-trans bigot — would argue that such policies are necessary to protect women's sports. We simply cannot let anyone who doesn't fit its narrowly defined parameters to participate, it would argue, demanding that these athletes consider surgical intervention to alter their body in some way that it sees fit.

Even then, Urbas might want a panty check, just to make sure.

Michael Phelps, the U.S. swimmer who took home a staggering 23 Olympic gold medals in his career, has a number of advantages over his opponents. His wingspan is large, and his ankles are double jointed. He also doesn't produce fatigue-inducing lactic acid. Yet no one told him he needed to change his physiology to participate — they just lauded him as they handed him medal after medal.

But under the threat — expressed or implied — of male athletes taking advantage of only-recently implemented trans policies, predominately African female athletes are finding themselves barred from competing due to a potential natural advantage of their own.

I hope, should the Olympics themselves even continue, that I'll see more transgender people compete. I hope those that do take home medals, too.

Yet, I find myself more than worried that any policies that may just barely allow our participation will simply be used to bar others from having a chance — and that's just not right.

Gwen Smith feels this was but one of many controversies during the Tokyo Olympics. You'll find her at www.gwensmith.com