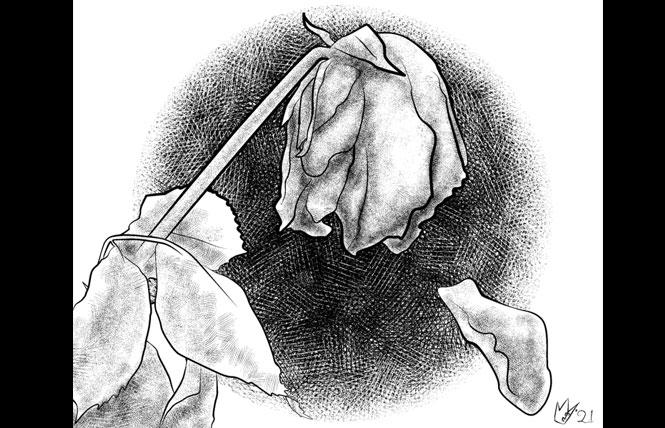 I am no stranger to trans mortality.

When I got my first taste of community on the early trans internet, one of my friends and mentors, Lauren Wilson, took her life. To this day, I have a quote from her at the end of every email I send. While I was aware before I ever knew Wilson how difficult this path I was traveling could be, her death brought it home that for many of us, it would be a challenge to even make it day by day as a transgender person in a hostile world.

Within five years of first joining that internet community, in the wake of the killing of Rita Hester, I started to research anti-trans violence and murder. This led to what is now known as the Transgender Day of Remembrance, and helped to unveil just how many of us are killed out of pure prejudice against trans people.

Some days I agonize over this legacy. I want to be part of a community that celebrates our beauty, our talent, and our victories. To paraphrase that email signature I mentioned, I want a movement that is a joyous harmony of voices, ringing out in celebration of who we are.

Instead, I will always be remembered for showing us at our most sorrowful, when we mourn those we have lost, and hope for a better future, where our lives can be lived without the non-transgender majority deeming us simply too monstrous to live.

This year, in particular, has been especially awful, as the right-wing media and politicians beat the drum against transgender rights, their followers hold up their part of the stochastic terrorism bargain. It looks like there have been 27 trans killings in the United States thus far in 2021, putting us on par to beat last year's high-water mark of 44 cases stateside in 2020.

When I was a child, long before any of these statistics were floating around, I had assumed my life would be a short one. I knew I was likely trans in one form or another when I was still very much a child, and knew there were others like me by age 8.

I also knew there was no one I could even broach the subject with, let alone utter such words about myself. I knew my parents would not want to be a part of such. And as a child, there aren't many others who you can turn to.

At school, too, I knew there were no options. The bullies at school had been escalating for years, going from taunts and teasing to physical altercations.

Of course, if the bullies weren't willing to finish the job, I also had already considered ways to finish what they started, planning to walk — or jump from an overpass — onto the nearby highway. I had long felt that I would not make it anywhere past, say, 30-35 years old, one way or another.

I was wrong. Now I'm some two decades or so past that.

I'm not what I'd call old. I eschew the term "elder" when people have tried to apply it to me, by and large — though yes, I am aware that, statistically, I am rapidly becoming one of the older active trans folks out there. My body has reached a time when it feels every one of my years thanks to an ever-increasing number of aches and pains.

Yet, now, after years of feeling the unceasing drumbeat of death, I find myself wholly unprepared for where I am now.

In the last two months, give or take, I've seen six people I know — not all of them trans, mind you — die. A couple of those I only knew online, and were, at best, passing acquaintances. Two were friends who I hadn't seen in a while, but still cared a lot for, one was the top executive of the company I work for, and one was one of my closest, dearest friends in the world.

It has been hard to mourn. I'm still trying to really come to terms with the loss of a best friend, someone who I have been close to for a decade and a half, and knew of for well over half of my life. It's been all the more challenging to lose so many others around this same time span, trying to come to terms with their passings as well.

I hurt. I ache. I feel like something was taken from me, and cannot be replaced. Heck, I don't want these people replaced. I want them back. It's a primal pain that I feel, and I am suffering from a very deep wound indeed.

I long ago came to terms with my own mortality. Again, I was sure I'd only make it to 35 under even the best of conditions. Furthermore, being transgender, particularly with the specter of my own studies into anti-transgender violence, has kept me well aware that our lives can often be brief and brutish, cut short by violence of one sort or another.

Yet the part I was never prepared for was realizing that I may continue to go on, while those around me are the ones who pass away.

I'm not wholly sure what to do, knowing this is a very distinct possibility.

That's the part I am a stranger to, and that scares me.

Gwen Smith would ask you to stay off her lawn, if she had one. You'll find her at www.gwensmith.com