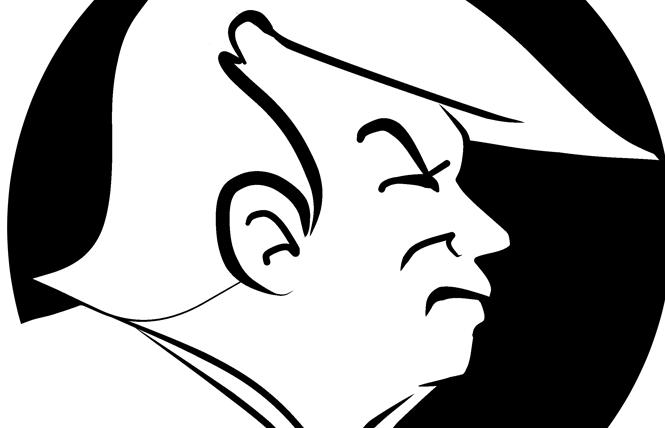 In 2016, right around this time of year, I wrote about an often-overlooked element of the United States government. While we do have a president and vice president, the various department heads and those who work under them dictate a large number of the actions of the administrative branch. When a new president comes in, they are the head of a whole bureaucracy that employs over 4 million people. Each of those people can play a role in the working of the executive branch.

I should also note that a lot of that work was spearheaded out of Vice President Joe Biden's office. He is now the presumptive Democratic presidential nominee.

Of course, we have seen this work take a very different tack under the Trump presidency, and much like Biden's championing under Obama, it's likely that Vice President Mike Pence — as well as some of the hard-right department heads under Trump and Pence — is to blame.

In the last three and a half years, trans people were barred from the military, and attempts have been made to disallow transgender people from participation in school programs in their gender. The administration also attempted to reinterpret Title VII of the Civil Rights Act of 1964 to exclude transgender people based on sex.

Even with the recent win at the U.S. Supreme Court over the latter, the administration seems intent to continue to unleash new policies that are just as harmful.

The most recent attack falls under the Department of Housing and Urban Development under Ben Carson, and would bar transgender people from sex-segregated homeless shelters.

The policy uses a bit of sleight of hand in its attempt to allow this, claiming it is not discriminating against a person for being transgender, while also allowing a shelter to place people based on their "biological sex." This is indeed discrimination against a transgender person, no matter what they wish to call it.

On top of this, the policy as written would allow the provider the right to "determine an individual's sex based on a good faith belief that an individual seeking access to the temporary, emergency shelters is not of the sex, as defined in the single-sex facility's policy, which the facility accommodates." The person seeking assistance — or for that matter their legal identification or other paperwork — could be overruled.

HUD argues that the shelters themselves could take into consideration, "a combination of factors such as height, the presence (but not the absence) of facial hair, the presence of an Adam's apple, and other physical characteristics which, when considered together, are indicative of a person's biological sex."

As an aside, note that these are written to be specific stereotypes of trans women. It is as if little to no consideration was given to trans men or nonbinary people in the drafting of this document.

In short, the policy boils it all down to genital configuration, and gives the shelter operator carte blanche to request an underwear check. There is, in my opinion, never a time that this isn't "unduly intrusive of privacy."

It is worth noting that this policy is not a requirement on the part of shelters, and HUD allows shelters that welcome transgender and nonbinary people to continue to do so — but it gives more than enough cover for places to turn transgender people out, or to force transgender people into dangerous conditions within a shelter.

I have to say that none of the physical characteristics enumerated above are exclusive to trans women. Any woman can be taller than average, or have facial hair, or even a so-called Adam's apple. Any time you try to distill man and woman into essential elements, one quickly discovers that every possible option doesn't hold up to scrutiny, and human bodies have a seemingly limitless amount of variation.

There still is some time to provide feedback on these policy changes, though I caution upfront that this isn't an administration that is easily swayed. This is not to discourage you from letting them know how you feel, but to set an unfortunate expectation.

I would ask that if you can, to go to https://www.housingsaveslives.org via your favorite internet-connected device and add your name to the many others who have opted to speak out.

Oh, and one more thing: in less than 100 days, we have an election. It's pretty likely that it could be the most fraught election in our time. Nevertheless, make your voice heard. Vote as if your life depends on it.

Gwen Smith suspects there is much more to come. You'll find her at www.gwensmith.com