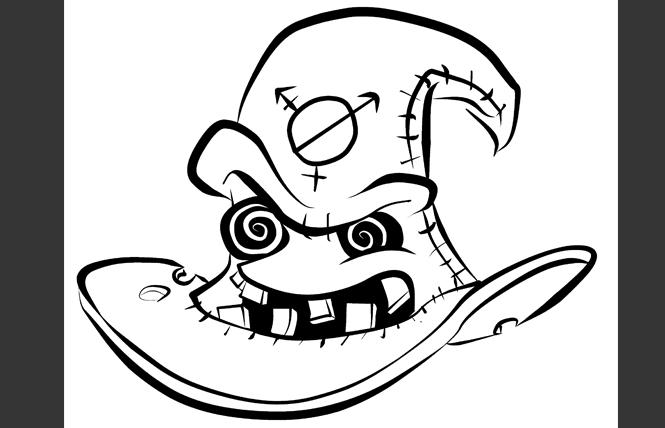 We may, right now, be living through some of the most impactful times for trans and nonbinary people, and the choices we make now may shape the trans community for decades to come.

At the end of May, Tony McDade — a 38-year-old black transman — was shot by a Tallahassee police officer. Onlookers claim that officers shouted at McDade to hold still, saying, "Don't Move, N*****." They then shot him once he halted. The officer is on administrative leave.

While McDade's killing is getting a lot less coverage than that of George Floyd or Breonna Taylor, his is, nevertheless, one of many that has spurred on a renewed Black Lives Matter movement, leading to weeks of protest, a lot of performative hand-wringing, and maybe the first inklings of change in the radicalized, militarized police forces across the United States.
Yet even at one of these protests, a 21-year-old black transwoman named Iyanna Dior was attacked by 30 or so people outside a gas station in Minneapolis.

She is lucky to have survived, but Dominique Fells and Riah Milton weren't so fortunate. They are the 12th and 13th people to die at the hands of anti-transgender violence in 2020. Milton, from Cincinnati, was shot to death June 9, while Fells was found dismembered on the banks of the Schuylkill River in Philadelphia a day earlier.

Further highlighting police brutality toward trans people, details recently came out in the 2019 death of Layleen Polanco. Polanco, 27, died in Rikers Island jail after having an epileptic seizure. The guards mocked her as she died.

She was held on $500 bail stemming from a 2017 prostitution charge.

Meanwhile, the United States Department of Health and Human Services has moved to reverse transgender health protections put in place by the Obama administration. Roger Severino, director of the Office for Civil Rights in the HHS, has been working toward this for years, releasing the final rule June 12 during Pride Month, on the fourth anniversary of the Pulse shooting.

A point of clarity: this isn't necessarily about transgender-specific care. This rule change means that any medical professional will be able to discriminate against transgender patients no matter what ailment they may be facing. For example, COVID-19 treatment, or a broken arm, or anything else.

Similar moves are happening right now in the United Kingdom, with Prime Minister Boris Johnson looking to halt plans to streamline trans self-identity; in Hungary, where its parliament has voted to end legal recognition for trans people; and in Puerto Rico, which has stripped the right of transgender people to change their birth certificates, even while the Commonwealth has seen a marked increase of violence against transgender people.

In the midst of all this, a multimillionaire fantasy writer, J.K. Rowling, has decided to let us know just how much she dislikes transgender people, causing a furor that has threatened to overwhelm far more vital news.

After months of "is she or isn't she anti-trans" on Twitter, and days after she accidentally posted a sentence related to an anti-transgender news story into a light post about a children's drawing, Rowling decided to clear the air. First, she went on a rant about an article that referred to "people who menstruate," claiming it was erasing women to include trans men and nonbinary people.

Days later, just as things had started to calm down, she posted a 3,500-or-so-word manifesto on transgender people. The tome, unlikely to be adapted to a stage play or blockbuster movie franchise, regurgitates every anti-transgender assertion used over the last decade, from claims that transmen only transition to gain the societal advantages of men to once again resurrecting bathroom predator panic.

I will not bore you with a point-by-point repudiation of her screed, though plenty of others have gone through it. Suffice it to say that it is full of long disproved scaremongering and more than a few outright falsehoods about transgender people. If anything, I find it a sorry document, written by someone who has decided to fall into some very lazy thinking, prodded along by a certain cadre of anti-transgender campaigners.

Indeed, I find the whole situation a sad one. I feel sorry for all the fans, particularly those who are trans, nonbinary, or are friends of same, now retiring their Harry Potter scarves and stuffed owls. Yet I also feel sorry for Rowling whom, I suspect, will come to a realization in a decade or two about just how wrong she was, and how much she may have betrayed her fans and herself by digging in her heels.

In one of her fantasy books, a wizard named Albus Dumbledore said, "It is our choices ... that show what we truly are, far more than our abilities." Rowling has made the choice to stand with Johnson, the Trump administration, and others. She has chosen to be on the side of those who beat us, who kill us, and who mock our deaths.

Oh, and, there's two other things that has happened recently.

In a stunning 6-3 decision June 15 written by conservative U.S. Supreme Court Justice Neil Gorsuch, the court ruled that employment protections for transgender — and gay — people under Title VII are law, meaning that you cannot fire a person based on their trans status or sexual orientation. This ruling will also likely doom attempts at rolling back protections in the Trump administration, like the aforementioned one at HHS.

Also, on Sunday, June 14, an estimated 15,000 people gathered at the Brooklyn Museum for a silent march and rally. Their cause? Speaking out in support of black trans lives.

One may hope that Rowling will realize, before it is too late, what side she should be standing on.

Gwen Smith doesn't live under the stairs. Rather, you'll find her at www.gwensmith.com