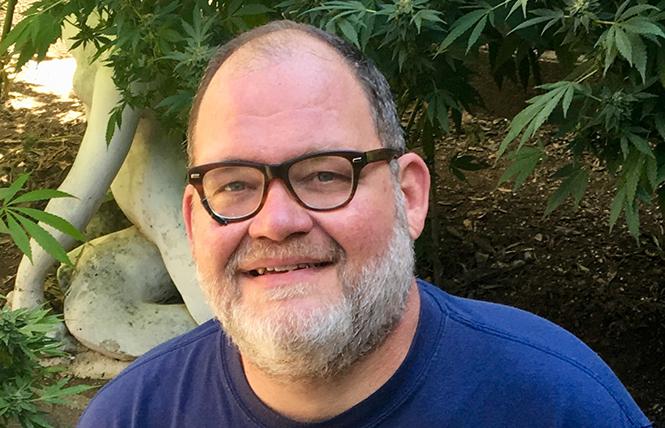 Cannabis activists are outraged that online websites, including Craigslist and Facebook, are censoring posts related to pot.

In December, Craigslist removed all ads related to cannabis, including help wanted and for sale listings.

Craigslist holds a special place in my heart because, 15 years ago, I began my passion for growing cannabis when I met a CL advertiser in a South of Market gas station, where he sold me a couple of clones for $5 each. The man turned out to be a longtime cannabis advocate and gardener who helped me, and many other patients, to install gardens at their homes.

Count me among the most disappointed that San Franciscans will have trouble locating starter plants, known as clones, come next spring. While it is now possible for dispensaries to apply for a license to sell plants, last year not a single one in the city did so. City dwellers had to cross the Bay Bridge to Oakland to find plants unless they had a local black market source.

"It's a disgrace," said David Goldman, president of the Brownie Mary Democratic Club, a cannabis advocacy group, about restrictions by online websites.

"Cannabis is now legal in 33 states but it is still treated as a pariah," Goldman, a gay man involved in advocacy work for decades, said in a telephone interview with the Bay Area Reporter

Goldman said he thought it was "outrageous" that Craigslist would not allow cannabis companies to post help wanted ads. Goldman did not criticize the San Francisco-based giant for banning ads for the sale of black market products.

"I can understand that they might want to vet sellers to be sure they were legal," he said.

Recently, Dan Karkoska, who for the past two years has hosted a monthly queer marijuana drag party known as PUFF, realized his posts were removed from Craigslist.

Karkoska regularly posted on the events section of Craigslist to announce the parties.

"It was free, and I'm on a limited budget so it was great," Karkoska said in a telephone interview. Last month, Karkoska noticed that his ad was deleted. After reposting it several times, each time finding it was taken down almost immediately, Karkoska realized Craigslist had apparently changed its policy, without notifying him.

Before the sudden change in policy at Craigslist, there were often over 100 posts per day on the San Francisco site. The help wanted ads were mostly seeking drivers to deliver cannabis throughout the Bay Area and the for sale ads were posting everything from black market buds and vape pens to new and used growing equipment and supplies.

David Theisen, who owns an educational firm http://www.radiclehealthcare.com, complained of his experience with Facebook.

After posting information on Facebook about an upcoming event, Theisen said his company was prompted to "boost" the ad for a fee, claiming it can then reach thousands of people. But when Theisen, a straight ally, tried to pay for the improved exposure, Facebook repeatedly refused it.

"Obviously, cannabis is legal and we are not even a cannabis company," he said. "Even being associated with the industry will get you blocked on Facebook."

And Leslie Stern, a partner in Ingrid Marketing, which focuses on cannabis-related companies, said she has heard of other discriminatory practices.

Stern, a straight ally, said that Facebook is known to "shadow ban" posts and pages by cannabis-related companies, including nonprofits and government organizations. Shadowing consists of Facebook disabling the search function on a post, making it difficult for people to find it.

According to Stern, a number of companies, including state agencies that regulate cannabis, "got caught up" in the Facebook ban, although it was often unknown to the person responsible for the Facebook page.

"It was crazy," said Stern. "Organizations that were 100 percent legal" were swept up in the Facebook policy, she said.

"I can understand Craigslist eliminating the sale of black market products because children could potentially try to buy cannabis," she added. "But the Facebook policy just seems to be another development making life difficult for legal companies trying to make it in the cannabis industry."

Neither Craigslist nor Facebook responded to repeated emails by the B.A.R. seeking comments on their policies. We will update if we hear back.