Seeing in the Dark: The rise of D Lit in publishing 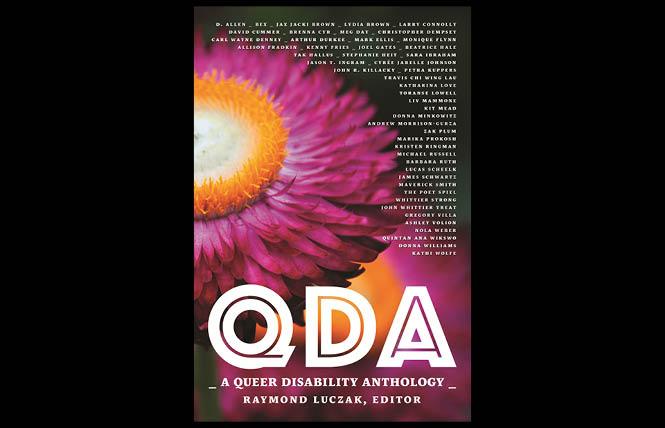 In a chilly November afternoon in 2008, I tapped my white cane down Shattuck Avenue in Berkeley, California and entered Pegasus Books. At that time, I had only been blind for a year, and often found a lot of my questions about disability answered by disability stories.

A charismatic woman greeted me, and I explained I was looking for books written by people with disabilities. "You want Crip Lit," she said, helping me walk to another section of the store.

While Crip Lit allowed me to put a name to the genre of books I wanted to read, I quickly noted that it was a term not used by everyone in the disability community. Moreover, it was a label the publishing and arts communities did not want to use. Thus, I began to use D Lit to describe narratives about disability that were written by authors with disabilities. Now, 10 years later, I am the founder of Oleb Books — a publisher of D Lit.

But whether someone calls it Crip or D Lit, no one can ignore this genre is growing. It is now a literary category of its own, and several organizations are helping to drive it.

Deaf and gay writer Raymond Luczak is the founder of Squares and Rebels — a queer and disability press based out of Minneapolis. He said that he started his publishing house because he felt as though it was time for newer disability and queer titles.

"I'd noticed that more than a decade had passed since Bob Guter and John R. Killacky's 'Queer Crips: Disabled Gay Men and Their Stories' was published. Wasn't it time for a new queer disability anthology? Indeed it was," said Luczak.

Luczak went on to publish "QDA: A Queer Disability Anthology," as well as several other titles, through Squares and Rebels — helping many LGBTQ and disabled writers find an audience. When it comes to the publishing industry at large, Luczak believes disability is not considered chic; he even had a literary agent tell him it does not sell. Still, he believes it is important.

"Disability challenges the many ableist assumptions about the world we all live in, and in order for the world to become a better place for everyone, we need more stories about disability out there," he said.

Queer and disability advocate Corbett O'Toole co-founded Reclamation Press — a publisher exclusively publishing authors who identify as having at least one disability. Like Luczak, O'Toole recognized there was a need for more disability books.

"Although one in five people living in the U.S. have a disability, less than 0.003 percent (one-third of 1 percent) of the 22 million books sold on Amazon are related to disability. There is a huge need for books by disabled people where we can share our ideas in both fiction and nonfiction forms," O'Toole said.

"We know," continued O'Toole, "that there are many people with disabilities writing extraordinary works. They might be crafting a science fiction world with a genderqueer, autistic lead, such as 'Troubleshooting' by Selene dePackh, or exploring ways to nurture ourselves while doing social justice work, such as 'Sustaining Spirit' by Naomi Ortiz."

Since its launch in 2017, Reclamation Press has published three books with the help of donations, and has a list of projects it is seeking funding for on its site at www.reclapress.com.

Katherine Schneider, Ph.D., founded the Schneider Family Book Awards, with the American Library Association, to celebrate disability in children's literature. The award came about as a result of her own experiences growing up as a blind child in the mid-20th century.

"In the 1950s, when I was in grade school, the only media mentions of blind people were of Helen Keller, Louis Braille, and the seven blind men who went to see the elephant — other disabilities fared no better," she said, referring to the parable. "Fifty years later, the situation had improved somewhat. But the stories were often one-dimensional, still with an inspirational character with a disability overcoming the disability as the plot line. Since I established these awards with the American Library Association 15 years ago, the number and quality of books has greatly improved."

Schneider pointed out that able-bodied writers do not always get disabled characters right.

"I think," she said, "they sometimes graft their new-found knowledge of a disability onto the character, rather than having a character whose identity includes the disability. For example, they make sure the blind child has a talking computer, but don't have the depth of understanding to know that emoji are sometimes misread, websites are not always accessible, workarounds have to be found, etc."

In 2009, Laura Perna and Susie Angel launched the disability-writing contest Pen 2 Paper (P2P), as an arts program of the Coalition of Texans with Disabilities. The competition accepts submissions of fiction, memoir, and poetry, and has grown into a global forum for writers with disabilities. Each year, hundreds of writers submit their work for a chance to win a grand prize, which in 2018 was $500. In addition, the contests give writers a chance to share their work with a large group of readers who are looking for disability stories.

Angel believes not every disability story is meant to teach anything or benefit anyone.

"Sometimes disability writing has no other purpose than to entertain," she said.

Now, people can use the hashtag #DLit to share their favorite disability books on social media.

Belo Cipriani is an award-winning author and prize-winning journalist. His new book, "Firsts: Coming of Age Stories by People with Disabilities," is available through every online retailer. Learn more at www.belocipriani.com and www.olebbooks.com.