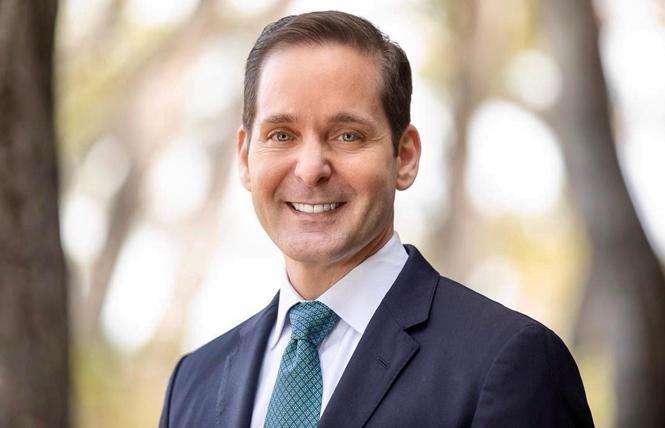 As it works to increase interest among high school and college students in its field, the accounting profession is also striving to better understand the issues that LGBTQ accountants encounter in their workplaces. It is undertaking its first-ever survey to gather sexual orientation and gender identity demographics, with the results to be released in the spring.

The Institute of Management Accountants and the California Society of Certified Public Accountants have teamed up to conduct the research, which is also examining the experiences of people of color in the profession. Their aim is to attract a diverse pipeline of new recruits interested in becoming certified public accountants.

"Once we have the information, we can start to understand the trends we are seeing. If no one indicates they are a member of the LGBTQIA community, then we have a problem to solve," said Anthony Pugliese, a gay man who has been president and CEO of CalCPA since January 2019.

In his first media interview about the survey, Pugliese told the Bay Area Reporter that the accounting profession tends to attract more Caucasians than people of color and more men than women. In addition to a lack of diversity, the field also has to contend with how it is portrayed in popular culture.

"We are trying to influence opinions about the accounting profession. It is a lot more than the stereotypical things you think of, like tax returns. The profession has a whole lot more going on than it did decades ago," said Pugliese, who spent 21 years with the American Institute of CPAs based in Durham, North Carolina. "A lot of our CPAs in California are financial planners managing portfolios for high net worth people or people who want to save money."

Pugliese, 53, recently relocated from the Bay Area to Sacramento, where his husband, Greg Ford, and their 9-year-old twin daughters Brooke and Chloe joined him. The family had been living in Raleigh, North Carolina, and the couple's son, Jonathan, 18, is a freshman at UNC in Charlotte.

In the early 1990s Pugliese had lived in San Francisco when he worked for Deloitte after graduating from the University of North Florida in 1989. He had switched his major from marketing to accounting after being told that CPAs are never out of work. In good times and in bad, accountants are always needed, noted Pugliese.

That promise of job security is one he hopes to convey to young people contemplating their career paths. CPAs with one year of experience typically earn $66,000 and within five years can make $119,000 a year.

"There are not enough CPAs to fill the demand," said Pugliese.

Having come out at work in his 20s, Pugliese said he didn't encounter any blatant homophobia. But he also didn't meet many other LGBTQ CPAs.

"Early in my professional career, I would have loved to find another gay person as a mentor," he said.

Following the Black Lives Matter protests earlier this year, Pugliese announced that CalCPA had created a Diversity, Equity and Inclusion Commission to examine how it could create a more diverse and equitable culture in the accounting and finance profession. According to the Bureau of Labor Statistics, 23% of accountants and auditors are non-white and according to the National Association of Black Accountants, less than 1% of CPAs in the U.S. are Black.

Later this year the accounting groups plan to release their first report, "Race and Ethnicity in the U.S.," based on the racial and SOGI survey they are conducting. Their goal is to use the data to identify actionable ideas for diversifying the profession in meaningful ways.

Pugliese told the B.A.R. he doesn't want to see the initiative degraded into a situation where an accounting firm or employer thinks they can check off a diversity box by hiring one CPA of color or someone from the LGBTQ community. He is striving for more systemic changes that will bolster the profession for years to come, especially as the country's population grows even more diverse.

"This is a business problem as much as anything else," he said. "A large section of different demographic groups think our profession is not attractive to go into. It is incumbent upon us to figure out why."

To learn more about CalCPA, visit its website at http://www.calcpa.org

Dance instructor volunteer needed
Openhouse, the LGBTQ senior services provider based in San Francisco, is seeking a volunteer aerobics dance instructor to help its clients get in some low-impact, fun exercise while they shelter in place during the health crisis. The virtual sessions would be held at least once a week until the COVID pandemic ends.