Cannabis retail store seeks to open in the Castro 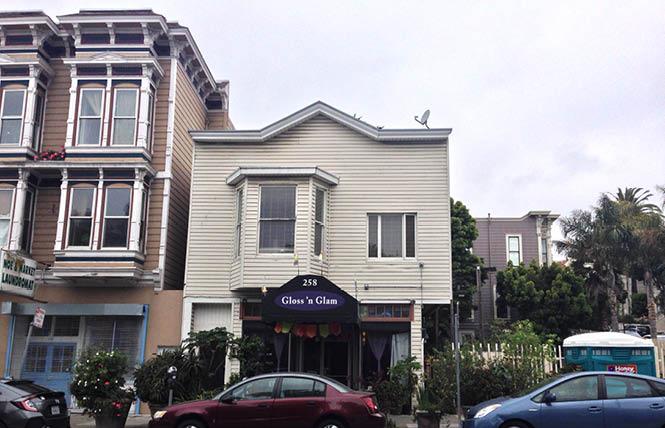 A new cannabis retail store is seeking to open in the Castro on Noe Street where a nail salon currently is.

A new cannabis retail store is seeking to open in the Castro in a storefront across the street from the eatery Flore on Market. It would be the second such business in the city's gay district.

The owners of the restaurant have filed a permit application with the planning department to open the Flore Store, which would sell marijuana and cannabis-infused products for both medicinal and recreational use. The shop would replace the nail salon at 258 Noe Street if it receives the necessary approvals later this summer.

The commissary for Flore on Market is in the back of the building. The cafe has struggled financially, according to its owners, and the cannabis shop is seen as a way to offset the losses of the restaurant.

"The challenge of Flore is it isn't a business that makes sense. It doesn't make a lot of money," said Terrance Alan, who became a co-owner of the eatery at the corner of Market and Noe streets in January 2017. "We just got hit with new increases in rent and taxes, so the Flore Store is a necessary adjunct to the survival of the Flore cafe."

Alan, a longtime entertainment leader in the city, chaired the San Francisco Cannabis State Legalization Task Force that made recommendations on how the city could implement the sale of marijuana for adult use due to the passage in 2016 of the statewide ballot measure Proposition 64. After a prolonged fight at City Hall, the new rules were implemented shortly after January 1, when the sale of marijuana for recreational uses became legal in the Golden State.

One of the changes that Alan had pushed for was reducing the restriction on how close marijuana dispensaries could locate to schools. Before such businesses could not open within 1,000 feet of a school, while the new rules relaxed that prohibition to being within 600 feet of a school site.

The switch meant that the storefront in the Noe Street property, which is co-owned by Alan and Flore minority owner J. D. Petras, could now house a cannabis retailer. It previously had been covered by the rule due to a public middle school being within 1,000 feet.

Alan has partnered with Jeff Linden, formerly the manager of Mission District dispensary Medithrive, to help him open the Flore Store. John Wood, who has partnered with Alan in the past on various nightlife events, is the project manager.

According to a brochure for the proposed Flore Store, it would be a "unique Castro style adult cannabis showroom." In addition to marijuana for sale, it will carry various food items infused with cannabis, like salad dressings and desserts.

For now it would not carry alcohol infused with marijuana but could pursue a liquor license in the future depending on the city and state regulations for selling such products.

Current law forbids the selling of alcohol on the same premises as marijuana. It meant that Flore, as of January, could no longer sell the cannabis-infused beer and alcohol it had added to its cocktail menu.

In the coming weeks San Francisco officials are expected to open up the application process for those interested in opening cannabis retail stores. Under city rules, new cannabis stores can't be within 600 feet of each other. Existing establishments, such as the Apothecarium at 2029 Market Street, would be grandfathered in as long as they meet the various requirements under the new rules.

The local merchants group gave its preliminary support to the proposal. In addition to revamping the store space, Alan and his business owners are proposing to bring back the Victorian façade of the building, which is currently clad with bland vinyl siding.

"It will be a transformation for the market corridor," said Alan, as the Flore Store "will bring people with money - cannabis is expensive - who will shop at the neighboring businesses."

The planning commission is expected to hear the Flore Store's permit request in July. If approved, the cannabis retailer could open by late October or early November.