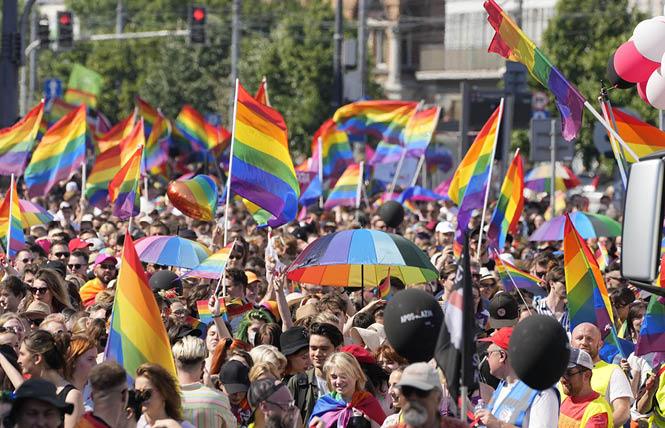 Polish lawmakers in the country's lower house of parliament on January 13 voted 227-214 in favor of a bill that will increase government oversight of schools.

The bill, prepared by the Ministry of Education and Science and backed by the ruling nationalist Law and Justice (PiS) party, will amend Poland's education law.

The Law and Justice party, which backed the bill, argues it is needed to protect children. Opponents maintain the law would limit parental rights to decide their children's education and tie the hands of school administrators.

The bill would install a government-appointed supervisor to oversee school curriculum and non-government run extracurricular activities. The supervisor will have the power to approve or decline teaching lessons and materials, after school programs, and dismiss headteachers who do not comply. School principals could also be fired more easily under the proposed legislation.

Czarnek previously argued for the right of school supervisors to block programs that pose "a threat to the morality of children," especially sex education.

Holding up a phone with pictures of the Los Angeles Pride Parade and Festival he witnessed as a part of a delegation, Czarnek warned on TVP on June 13, 2020, "Europe is also heading for this, Poland is heading for this," reported Polish News.

Polish Liberal lawmaker Agnieszka Dziemianowicz-B?k on Twitter accused members of parliament of "politicizing schools" rather than tackling depression or poverty, reported the Guardian.

Poland has relentlessly cracked down on its LGBTQ community over the past two years, prompting a mass exodus of LGBTQ Poles from the Central European country.

The European Union and some member countries placed sanctions on Poland following some Polish cities declaring themselves so-called LGBT-free zones. There were also verbal attacks from anti-LGBTQ President Andrzej Duda and other conservative politicians.

If the senate rejects the bill, it will be returned to the lower house for another vote. If approved, it will go directly to Duda, a PiS ally, to sign into law.

Hungary sets April vote on anti-LGBTQ law
Hungary set a date, April 3, for a public vote on the country's anti-gay law banning LGBTQ materials for children. The vote is on the same day as the Roman Catholic-majority Central European country's general parliamentary election.

Dunja Mijatovic, human rights commissioner of the Council of Europe, accused the Hungarian government of weaponizing LGBTQ rights as an election issue.

Mijatovic called on the Hungarian government to "stop instrumentalizing and weakening the human rights of LGBTI people," reported the Budapest Times.

"Whether they like it or not," this issue will be put to a referendum in Hungary, Szijjarto said.

The controversial law banning all educational materials and programs addressing sexual orientation and gender identity was passed by Hungary's National Assembly in June 2021. Hungary's right-wing populist Prime Minister Viktor Orban proposed a referendum for the law in the following month, but didn't set a date until January 13.

Orban and the Fidesz party face a close race against a united opposition against one of Europe's longest-serving leaders. The prime minister is using LGBTQ issues as a wedge, like Poland's Duda. In 2020, Duda successfully spewed anti-gay rhetoric to retain his seat in power.

Orban and the Fidesz party promote a strongly Christian-conservative agenda. Orban started ramping up their attacks against the LGBTQ community ahead of Hungary's 2022 elections two years ago.

Orban has won three consecutive landslide elections since 2010. However, Reuters reported that for the first time, opinion polls show that opposition parties have caught up with the leading party.

CNN reported voters will complete a five-question referendum asking them if they support the "promotion" of content related to sexual orientation to children. Orban and the Fidesz party are urging voters to check "no" on their ballots.

If Hungarian voters pass the anti-gay law, it will prohibit any discussion of LGBTQ issues in the country.

The law has drawn the ire of the European Union, of which Hungary is a member state, and the international community.

Dutch Prime Minister Mark Rutte was so angry he told Orbán, "If you don't like it, there is also an alternative: Leave the union," reported the Washington Post in June 2021.

Out in the World: Hong Kong lesbian pop star Denise Ho out on bail after arrest

Out in the World: LGBTQ refugees in Kenya seize micro-business opportunities
Sign up!