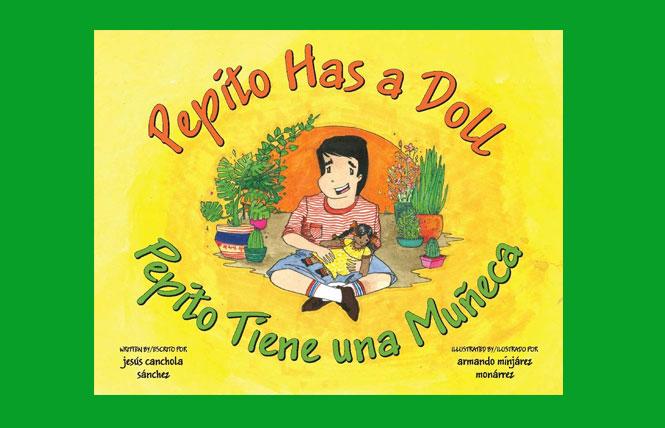 Every year, there are more and more books for queer readers of all ages. This is especially true when it comes to young readers. The Y/A (young adult) genre, geared toward readers beginning at age 12, continues to boom with numerous titles published yearly.

Younger readers, and their parents, also have an array of books from which to choose, including Pepito Has A Doll/Pepito Tiene Una Muñeca by Jesús Canchola Sánchez, with illustrations by Armando Minjárez Monárrez. In English and Spanish, Sánchez tells the tale of the titular Pepito, and how his doll Lola, his best friend and protector Miguel and his loving and wise grandmother help him navigate the occasionally rough waters of childhood.
Sánchez was gracious enough to answer a few questions in early 2021.

Gregg Shapiro: Jesús, I'd like to begin by congratulating you on the publication of your first children's book Pepito Has A Doll/Pepito Tiene Una Muñeca. How long did it take from concept to completion?


LGBTQ+-themed children's books have a long history, from Heather Has Two Mommies by Lesléa Newman and Daddy's Roommate by Michael Wilhoite to more recent titles including And Tango Makes Three by Justin Richardson and Peter Parnell and George by Alex Gino. How much, if at all, did any of these books influence you?

It's wonderful to join the long history of LGBTQ+-themed children's books with Pepito Has A Doll/Pepito Tiene Una Muñeca. I loved children's books as a child and continue to read them as an adult. Growing up, I was exposed to biblical children's stories and books like Curious George. I've always wondered the benefit my imagination would have received if I had been exposed to children's books that address non-traditional themes. As an adult, I sought ought these books and it was Charlotte Zolotow's William's Doll that touched me and inspired me to write my own children's story. It's amazing that it was published in 1972. In a way, Pepito Has A Doll is my version of William's Doll. 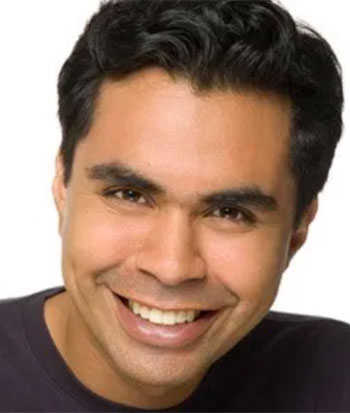 Pepito Has a Doll features illustrations by Armando Minjárez Monárrez. What was involved in the process of finding the right illustrator for your book?

I met Armando while I was doing work with undocumented immigrants in Kansas. We became friends and I grew to respect his work as an artist. I reached out to him about the idea of Pepito and it felt like kismet from the beginning. I did an initial draft of the story and shared it with him. He started drafting the illustrations. We workshopped it off and on for about two years. We even did some focus group conversations with a mock-up of the book which helped us get to a final version. Pepito became a story we both needed to share because it reflected our own experiences growing up as boys who played with dolls.


I'm glad you mentioned that because in the back-cover bios for you and Armando, you both identify as boys who played with dolls.

I was a boy who grew up playing with dolls. I had family members who did not believe it was right that I play with dolls and they would take them away from me. As a child, I didn't understand the prejudice that was being directed at me. My grandmother was my saving grace. She allowed me to play freely. When I decided to write a children's book, I knew I wanted to reflect this in the story. Armando became attracted to the story because he also grew up playing with dolls. It was important for both of us to acknowledge that we were boys who played with dolls because it shaped the kind of story that Pepito Has A Doll/Pepito Tiene Una Muñeca is. Unfortunately, there are still too many communities that believe it's wrong for boys to play with dolls and it's important for men who were boys that played with dolls to celebrate it openly.


With that in mind, how much of Jesús is in Pepito?

Pepito is a seven-year-old version of me. Armando's illustration of Pepito is inspired by a picture of me when I was seven. The illustration of Miguel, Pepito's friend, is based on Armando's young self. The story is fictional, but it definitely has autobiographical components throughout.


You mentioned your grandmother.

My grandmother, Beatriz Soto, has been a powerful force in my life. She just turned 92 and she continues to bring me light. I am the man I am today because of her.


Have you started working on or thinking about your next book project?

The ideas are starting to come through for a potential follow up to Pepito. I want to experience how things go with this first story first and then decide what comes next. Right now, I'm focusing my energy on working on my next feature film.


Thank you for mentioning your film work, because in addition to being an author, you have a background as an actor and a filmmaker, directing and starring in the 2019 movie Bittersweet Waters. What has that experience been like for you?

Bittersweet Waters was my first film as a screenwriter and director. It was a dream come true to be able to produce my first feature-length project. I shot it entirely in Mexico. It's a Spanish language movie about a young man who is stifled by his traditional community and is unable to love openly. It premiered in 2019 in Mexico City. Watching it on the big screen for the first time with an audience was magical. We did the festival circuit and it's currently being distributed by TLA Releasing in the United States. I'm grateful to have the opportunity to do what I love. I just finished the screenplay for my next movie project titled Uptown Lovin'. If all goes well, I'll be going into production in 2021.


Could you foresee making a short film out of Pepito Has a Doll?

Yes, it's possible. I also see a series of animated shorts about Pepito's adventures.