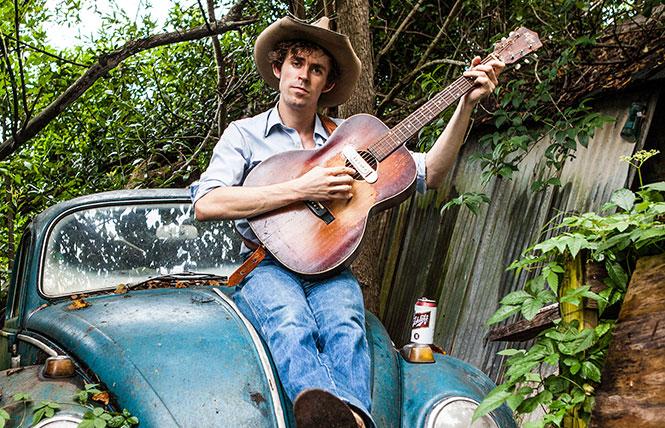 The ten songs on the album feature O'Connor on lead vocals, as well as playing drums, acoustic piano, congas and percussion. According to O'Connor, the songs are "a culmination of a career's worth of experience, told within the backdrop of my rapidly-changing home, Greenwich Village." 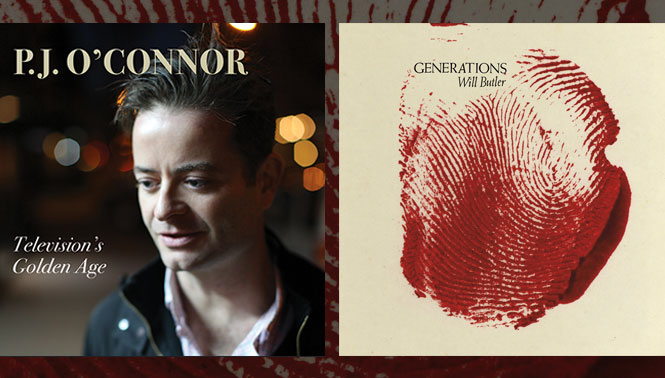 P.J. O'Connor and Will Butler

To his credit, he has created an album of timeless pop songs, including "Indecisive Moon," which sounds like a 21st-century Manhattan anthem. Other noteworthy tunes include "Your Vision," the gentle twang of "Wreckage," the subtle blues of "Radiator's Wheezing" and the smooth funk of the title cut.

No doubt you recognize the name Will Butler from Arcade Fire, the Grammy Award-winning band co-founded by his older brother Win. Generations (Merge), Butler's second solo studio album, captures (or recreates, if you will) the spirit and energy of Arcade Fire on wonderful songs such as "Surrender," "Close My Eyes" and "Not Gonna Die." Butler is also rewardingly experimental on songs such as "Hide It Away," "Outta Here," "I Don't Know What I Don't Know," "Promised" and the begging-for-an- extended-remix banger "Hard Times." 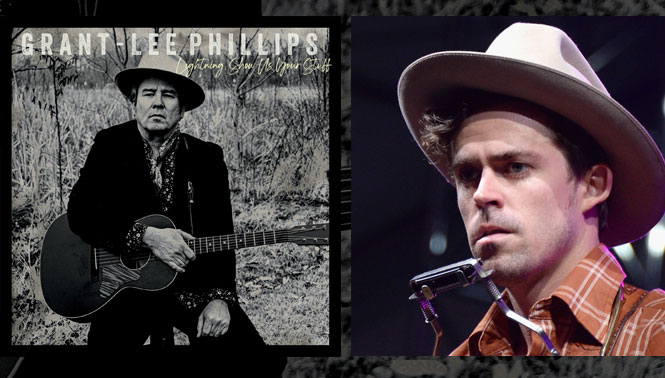 By now, Grant Lee Phillips has spent more time as a solo performer than he did as the front-man of `90s alternative rock band Grant Lee Buffalo. But it's good to have some perspective and understanding of his roots. Since the dawn of the 21st-century Phillips has been releasing reliably solid modern Americana albums. Lightning, Show Us Your Stuff (Yep Roc) is no exception, with outstanding numbers such as "Leave a Light On," "Mourning Dove," "Lowest Low," "Walking In My Sleep" and "Straight To The Ground" worth mentioning.

Formerly of The Deslondes and Hurray for the Riff Raff, Sam Doores steps into the spotlight with his wonderful eponymous New West Records solo debut. From the stunning instrumental opener "Tempelhofer Dawn" and the vintage vibe of "Other Side of Town" (with lead vocals by his queer former Hurray For Riff Raff band-mate Alynda Mariposa Segarra) to the twangy stomp of "Wish You Well" and Nilsson-esque "Had A Dream" to the warped waltz of "Nothing Like a Suburb" and geographical jaunt of "Chicago to Illinois," listeners should open their ears to Sam Doores.

Jason Molina and Washed Out and Blitzen Trapper

The late Jason Molina (of Songs: Ohia and Magnolia Electric Co. renown) left us too soon at the age of 39 in 2013 following years of struggling with alcoholism. The posthumously released Eight Gates (Secretly Canadian), which was recorded in 2008, is finally seeing the light of day. Molina's final solo studio recordings have been gathered for this and represent some of his darkest and moodiest songs, with "Old Worry" being a prime example.

Easily one of the most disappointing albums of 2020 (and that's saying something) Purple Noon (Sub Pop) by Washed Out is so dull it should come with a couple of No-Doz taped to the cover. After two strong albums, Within and Without and Paracosm, it sounds like Ernest Greene has run out of inspiration. He gets things off to an interesting start with "Too Late" and comes close to reprising that energy near the end with "Hide." But in between there's too little variation to keep the listener's attention from drifting. Could Washed Out be washed up?

If Blitzen Trapper was from New York and not Portland (Oregon) they might be a kissing cousin of Vampire Weekend. As it is, they are one of the most eclectic bands out of Oregon's legendary Portland scene. Holy Smokes Future Jokes (YepRoc) stands out as one the bands most captivating albums. There's enough variety on songs such as "Bardot's Light (Ouija, Ouija)," "Don't Let Me Run," "Requiem," "Dead Billie Jean" and "Masonic Temple Microdose #1" (which includes the delicious lines, "I ain't ashamed to say I've tried on your skirts./If you're the main course does that make me dessert?") to keep even the most distracted listener enchanted.