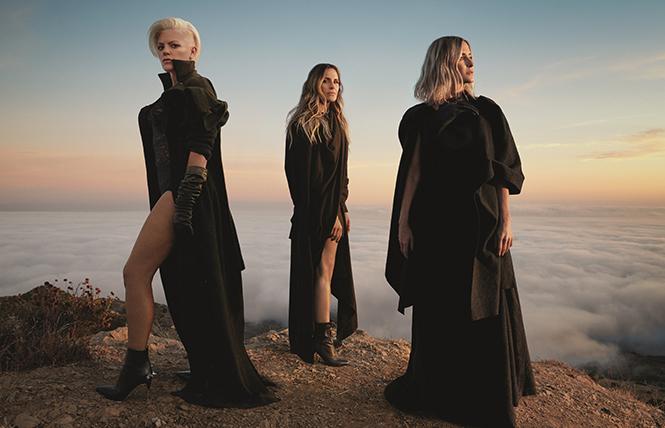 Way back when, during the early reign of George W. Bush (kind of miss him now, don't we), musical country trio The Chicks (formerly known as Dixie Chicks) did the unthinkable. Not only did they speak their minds about Bush as POTUS, but also expressed their displeasure that, like them, he was also a Texan.

The reaction was swift and unnecessarily merciless. Airplay and record sales came to a virtually screeching halt. Not ones to sit idle, Natalie Maines, Emily Robison and Martie Maguire stood tall and came back with 2006's Grammy-winning Taking the Long Way Home.

Following that, the members of The Chicks worked on some side projects and have now, thankfully, reunited for the amazing new record Gaslighter (Columbia/Sony Music). The album contains everything you love about The Chicks, including breathtaking vocal solos and harmonies. It also expands The Chicks' style into modern pop territory, as well as featuring more musical political statements. Natalie, Emily and Martie were kind enough to answer a few questions during the summer of 2020. 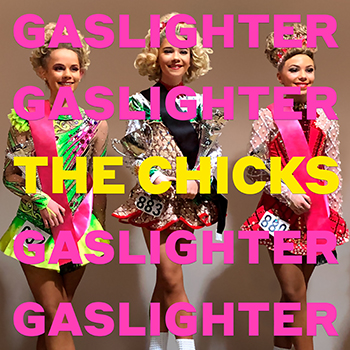 Gregg Shapiro: The Chicks' previous album, Taking The Long Way Home, was released in 2006 and, in the interim, there was a 2013 solo album by Natalie and a couple of albums, in 2010 and 2013, by Emily and Natalie's Court Yard Hounds. Why was now the right time for The Chicks to reunite and release a new album?

Emily Robison: I think the 2016 tour was really fun. It was a great reconnection with our fan base. At the same time, we were able to do the live album that Sony took as one of the last of our two albums for the label. So, the prospect of having one more studio album to do was a motivator, to be free agents. But we were also having a lot of fun. If we were going to tour again, we definitely wanted to have some new music for the next tour.

I'm grateful to have been able to participate in the unforgettable experience of the 2017 Women's March in Key West. What would it mean to you if "March March," a song inspired partly by your experience at the Women's March, became an anthem for the movement?

Natalie Maines: That would be awesome! We've offered it up to anybody in the movement to use at will. We'll see if anybody takes us up on it. But, yeah, I mean it would be a good one [laughs].

"Tights on My Boat," as well as the title track and "Hope It's Something Good" sound like 21st century updates to the classic country cheatin' song.

The Chicks: [All laugh.]

How cathartic is it to create and perform these types of songs?

Martie Maguire: [Laughs] Well, we don't get to perform them yet, really. The tour was supposed to start June 6, and that's not going to happen for a while. We have heard a lot of people calling it a great divorce album. I don't think we think of it that way. We do pull not from one experience but from all of our experiences and from our songwriters' experiences. So, I think those songs might have a common thread, but it's probably ten people's experiences all together. 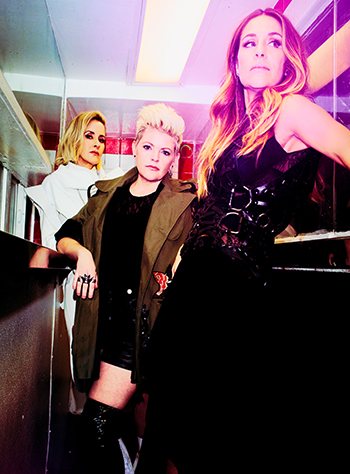 Incorporated into all of the seriousness on the album is a display of The Chicks' sense of humor in the song "Texas Man." Is it important to you all, as performers and songwriter, to include that kind of thing?

ER: I'm not sure if we're conscious of it. I would say that certain days we'd go, "Let's do something fun today or something a little bit less than what we've already been talking about. That might be a conscious way we do it.

"Texas Man" is one of four songs on Gaslighter co-written by gay singer/songwriter Justin Tranter. In recent years, a growing number of queer female country and Americana artists, such as Brandy Clark, Jamie Wyatt, Brandi Carlile, and H.C. McEntire, and others have become more visible. What do you think about that?

MM: I think it's the way the world hopefully is changing to more acceptance. Country has a reputation of being very exclusive, and I can only think of two gay artists when we were kind of coming up in the ranks. That was Ty Herndon and Chely Wright. Hanging out with them, I definitely got the sense that they always felt kind of on the outside. They were amazing artists and there was no reason why they shouldn't be played just as much. So, we're just hoping that the world is getting a clue. Everybody is equal.

NM: (When we first met them) weren't they all still in the closet? They weren't allowed to be out then.

ER: I think other people, other artists who knew them knew.

NM: I'm happy that they can come out now, in an industry where they had to be closeted just 10 years ago. That's very cool.

"Julianna Calm Down" is one of my favorite songs on the album, with the lines about putting on your best shoes and showing off your best moves, and it made me wonder what it would mean to The Chicks to have one of the queens on RuPaul's Drag Race perform "Julianna Calm Down" or another song from the new album?

NM: [Laughs] that would be great! I know there's been a couple of drag revues called "Chicks With Dicks"...

The Chicks: [all laugh]

Texas, where you all have deep roots, has been hit particularly hard during the COVID-19 pandemic. I'm sure you're all as anxious for the 2020 presidential election as many of us are. What can we do in the meantime?

NM: Lobby your officials to get mail-in voting so that they can't scare people away from the polls. I wouldn't go vote in a pandemic. Luckily, in California we have mail-in voting and I have been doing that for several years. Even though I do mail-in voting, a lot of times I fill it out at home, but I still like to go to the polling place and put it in the box.

I do the same thing.

NM: I still get to feel a part of it all, but I don't have to wait in a line [laughs]. I won't be doing that this time. I'll just be mailing it in.

I live in Fort Lauderdale and Dixie Highway runs right through Broward County. Riviera Beach, in Palm Beach County, renamed a stretch of Old Dixie Highway as President Barack Obama Highway. Following your band's name change, and other such examples, do you think the name Dixie is long for this earth?

ER: I think it's always going to be a place and a time, and people will know it in a historical sense. But I don't know that we need to celebrate it.

NM: I do think that word will disappear. With products and businesses and, yes, even us. Yes, I think it will be part of the past.

Finally, since we all had to miss Pride this this year, if The Chicks were invited to perform at a Pride festival anywhere in the US, do you think that would ever happen?

NM: I went to my first Pride last year and it was so much fun!

ER: The floodgates are definitely open!