Leslie Jordan has tales to tell 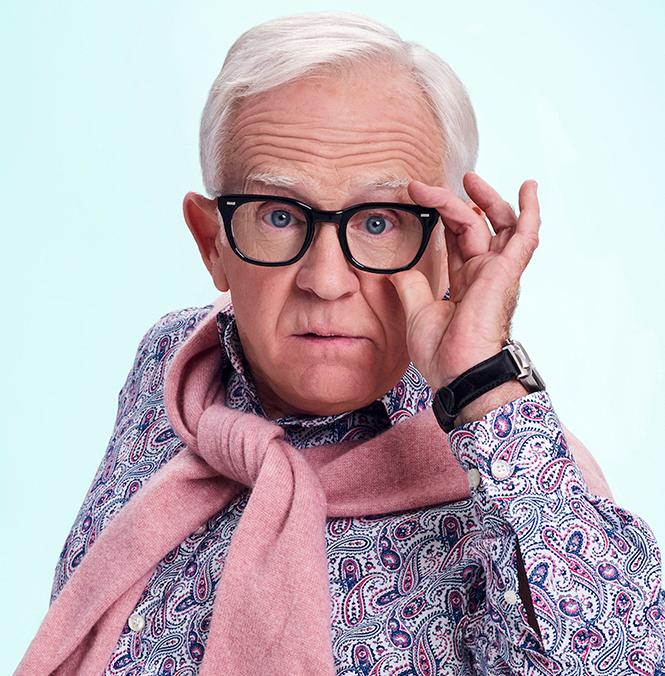 Best known for his hilarious portrayal of Beverly Leslie, a queenie gay Republican on Will & Grace, funny man Leslie Jordan returns to Feinstein's at the Nikko on February 19 and 20 with Over-Exposed, two evenings of storytelling. Jordan will be sharing anecdotes from his own life as a gay Southern Baptist, as well as the "unbelievable real life stories" from his vast career.

In addition to Will & Grace, Jordan has appeared on American Horror Story, in the film The Help, and in the stage and screen versions of Sordid Lives, among many other roles. For the past several years he has toured in a series of autobiographical one-man shows, packing in the crowds wherever he plays.

Jordan appeared at Feinstein's back when it was called The Rrazz Room, then began appearing for the new owners when the venue was renamed, performing under the Feinstein's banner around three or four times. 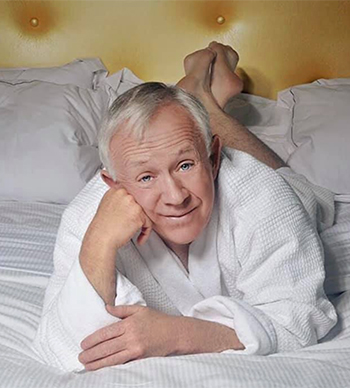 "I love that venue for several reasons," said in a Bay Area Reporter interview. "It's so wonderfully acoustic and it's just so intimate, but I also love staying in that hotel; I just love the whole trip. It's wonderful to be able to use your hotel room as your dressing room. They tell me to be there at ten before eight, I walk down, walk onstage, do my job, then go back up and go to bed. So it's just a wonderful experience."

Jordan said that Over-Exposed is a combination of many shows he's done over the years.

"If it's an audience that's probably going to be primarily gay, I'll go in a certain direction," he said. "If I think it's not, I'll go in another direction. I just try to feel the room. It's basically about how each of the shows that I've done over the years has reflected where I was at that point in my life, and it ends with a wonderful story about when I threw the first pitch out for the Chicago Cubs and the Washington Nationals the day after that tragedy in Orlando where 49 of my comrades were murdered at the Pulse nightclub."

Jordan goes full circle, also recalling his dad from when he was a kid. He wasn't good at sports. He said that he'd rather have twirled the baton than throw the football.

"So when I was asked to throw the pitch out I had never held a baseball in my life," he recalled. "It's that story that cements the whole show, how a kid that wasn't good at sports, was teased, and all of a sudden I'm throwing the first pitch out."

Jordan always tries to include stories from Sordid Lives, Will & Grace, and American Horror Story.

"I try to keep some of my old standards in," he said. "I always think about going to see a rock band. If they don't play the songs you used to hear them play, you feel a bit disappointed."

He tries to keep his shows at 75 minutes, feeling that 90 minutes is too long and one hour is too short. The show's press release states that he'll be including stories about his life as a "flamboyant" youth raised as a Southern Baptist, but Jordan assures us that he was not as flamboyant as all that. 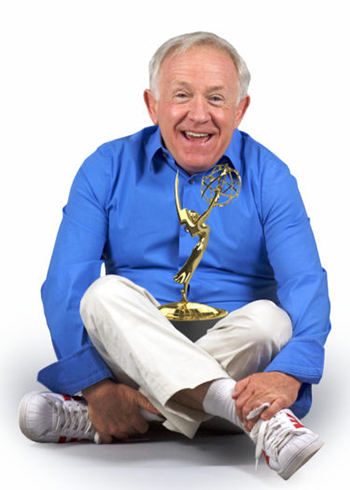 Leslie Jordan and his Emmy

"That's pure press," he said. "I don't know where they came up with that. I mean, I wasn't one of the butchest boys on the block, but I didn't flame, I don't think I came out until high school."

He did have a bit of a rough childhood, though. In the Baptist church he was raised in, the word "homosexual" was never spoken, just alluded to. Kids were led to believe that they would burn in hell.

"It's terrible to raise children to have fear of burning in hell," Jordan said. "I think that's just spiritual abuse. There's just a big divide in our country now, people who believe stuff and people who don't believe stuff. The arrogance of the religion that I was raised in is that we were taught that our way is the only way. Even back in the 1970s there was a movement called One Way. I think there are many paths to God."

Jordan, who has been in recovery for twenty-two years, noted that recovery allows for people to find a God of their own understanding.

"It can be nature," he said. "It can be the universe itself. My favorite quote is from Carrie Fisher, who said, 'I'm a very enthusiastic agnostic who would love nothing better than to be proven wrong. As it stands right now, He's going to have some explaining to do.' So where I am now, and it seems to be the most comfortable place for me, is that I seek, I keep an open heart. Because we don't know; is there a God, is there not a God? You don't know. And it's almost in the seeking and keeping an open heart that you find some faith."

Jordan won't be talking about his spirituality in the Feinstein's show, because he wants the evening to be fun and fast. 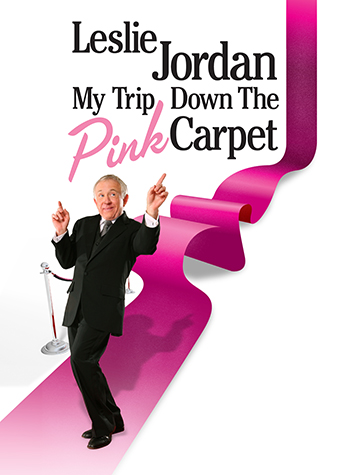 Leslie Jordans memoir, My Trip Down the Pink Carpet.

Unlike Beverly, his Will & Grace character, Jordan is proud to be openly gay. He feels that it's important to be an out performer.

"When I got sober, I was 42 years old, and this is a big source of my shame; I had never registered to vote," he said. "I was just too busy. I didn't know a Republican from a Democrat. My generation marched in the streets, which is all well and good. But that does not bring about change. Marching in the street brings attention to your cause but the change comes from within. And more important than being an out performer, I want to be an out performer who tells young gay men and women that you have to vote. Your vote counts. We're in a crisis right now. And for you to sit home for any of these elections is unacceptable, you have to vote. And that's my big platform now."

Jordan is very proud of the show he's doing at Feinstein's. In addition to sharing stories from his more distant past, he includes a lot of stories from Hollywood over the years. He describes it as "the journey of a little boy who fell out of the womb and landed in his mother's high heels."

He feels that his show transcends the generation gap. He noted how much things have changed since he was younger. In those days, an LGBT person could walk into a gay bar and be at home, but these days people have to find their own community within the community.

"I feel that my journey will speak to anyone," he said. "I'm so thrilled when I walk out and see someone very young. My audience tends to skew older gay men. But you know what? Now that I'm on Instagram, I have a huge audience of young people. If the young twenty-somethings need to come to see me, it's for nothing else than to get a picture after the show for Instagram."