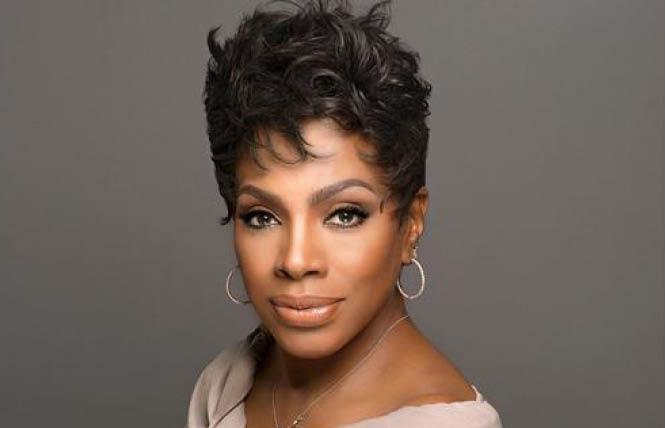 Sheryl Lee Ralph burst into international fame on Broadway as Dreamgirls' original Deena Jones, and she continues her sterling reputation as a triple-threat in all forms of media, adding to her many credits that of producer of the long-overdue bioplay of Bay Area legend Sylvester.

A truly enduring LGBTQ ally, Ralph's efforts remain steadfast and true, in season and out, helping people with the upcoming Help Is On The Way charity gala. She and her friends will weave a spell of hope, strength and love to a still underserved community. She is in this for the long haul, not for short-term praise, form or fashion.

Along with being an author, Ralph's TV and film credits go back to the late 1970s, with guest spots on soap operas, sitcoms (The Jeffersons, Designing Women, Moesha), and recurring roles in dramatic series (Ray Donovan). Ralph granted the Bay Area Reporter an expanded interview in advance of her upcoming performance at the Help Is On the Way concert on December 9.


Your career has been sterling and amazing!
What training prepared you to maintain such an enduring career?

I thank God for the many wonderful mentors that I've had, women and men who have poured into me what it would take to maintain in an industry that was slower to make a space for me to not just sing, dance and write, but, to also learn another language. I was so well prepared. My parents loved me and loved me. You love me so much that I was given a foundation to let me love myself and being able to do that, I was able to love other people through the nose of rejection. I mean, I laugh at it now, but I've been too tall, too short, too Black and not Black enough all in one day, and I'll never forget it. I carry on!


Your career reminds me very much of that of the late Miss Diahann Carroll. Is there anything that you'd like to say about her, as a Black woman who had endured in the entertainment industry?

I remember being very young, looking at the TV and there was the image of Miss Diahann Carroll and it just gave me so much hope. I used to practice the way she spoke. I looked at the way she dressed and I said, 'There I am! That's me!' That's why I believe, to this moment, it's important for people to see themselves on the screen. 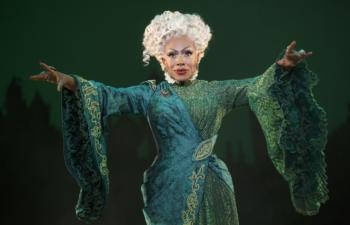 You have the distinction of being the first Black woman to play a Broadway role that was created for a white actress (Madame Morrible in Wicked). How did you get the part and what was the most beautiful aspect of playing the role?

It's so interesting that now my nephew was one of very few black male Equity stage managers and my son is a filmmaker, working his craft. I got a call one day that asked me if I was interested in coming back to Broadway and Wicked, of course, was the road for me back to Broadway. The rest is just magic, absolute magic and, in my case, Black magic! 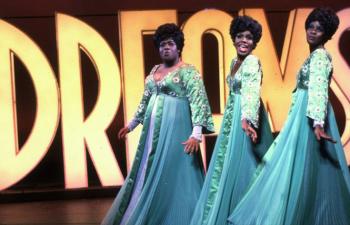 You came to worldwide prominence as Deena Jones in the groundbreaking hit Broadway musical Dreamgirls. What is your most enduring memory of the role? What was your final interaction with the musical's producer, director and choreographer, the legendary Michael Bennett?

For me, Dreamgirls was the best in the worst of all times. You know the best, of course, was being the 'belle of the ball' on Broadway, sharing the stage with Loretta Devine and Jennifer Holliday and the rest of the cast every night.

But, the worst was when our friends and cast-mates up and down Broadway just started dropping dead. I mean, many of them got sick. They developed strange purple marks on their bodies. People who would dance with you one night and be dead the next. It was horrible, and that's what really ignited the fire in this little church girl to do better, take care of people who are at least able to help themselves.

You know, it was a horrible time. I remember seeing people go to the hospital with no one to visit them, no one to hold them, people refusing to touch them and refusing to treat them. We lost generations of talented men and a few women, the likes we will never see again.


What is your opinion of the film version of Dreamgirls and Beyonce's portrayal of your role, Deena Jones? Have you had any interactions with her since the film's release?

I was invited to attend the Tyler Perry Studios opening. It was just an amazing event and there was Beyoncé. Both of us dressed in gold. She walked up to me, with her arms open, and she said, 'Miss Ralph, I just want to take the moment to thank you for all that you've done, thank you for the gift of Deena and thank you for what you contributed to Dreamgirls. For all of us, I just want you to know that I know and I thank you.'


To me, you re-emerged at the height of circuit party culture with your stunning remake of the Eurythmics hit, "Here Comes The Rain Again." Whose idea was if for you to cover the song? What was Annie Lennox's and David A. Stewart's response to the song?

Well, the first song, believe it or not, was a song called "In The Evening," and the lyrics just touched and connected with people. They were like, 'You've got to sing another song!' Then I thought, 'Okay, what song do I really love?' "Here Comes The Rain Again."

I'm glad that the people love it, but, "In The Evening" is played every Pride around the world somewhere, and people don't even know it's me.


You've worked with two of the most alluring, iconic men in cinema, double-Oscar winners Sidney Poitier and Denzel Washington. What was it like to work with such legendary men? Do you see their like in the current crop of young black male actors and what advice would you provide to turn princes into kings?

Mr. Poitier gave me my first break and my first film piece of the action, and it was an amazing experience with him. Denzel is my brother and my friend. He just carries the torch. He's just such a wonderful, wonderful human being. I remember when we were so young and we would do things for young people in the community and go where people thought we were crazy to go, in gangland territories to celebrate holidays with children to let them know there was more for them. I'll never forget that.


Back to Dreamgirls. It's my understanding that you were confronted with the iconic realness of Sylvester early in the show's run. Please describe that moment for my readers.

Sylvester was a wonderfully unique human being, with a wealth of spirit and courage like few people ever have. He was outrageously kind to me. Did you know that he got married in a park in San Francisco and the Pointer Sisters were his bridesmaids?


What did you think of his remake of the musical's song "One Night Only?"

I don't think the director really understood Dreamgirls at its social and theatrical core.


Your work with Anthony Wayne and Kendrell Bowman as a producer for their project, Mighty Real: The Life & Times of The Fabulous Sylvester, has brought me to tears. As a shining example of black-on-black love and support in art and entertainment (that one rarely hears about), the three of you loving Sylvester on that level are truly groundbreaking. Please help me comprehend a little bit of what that experience is like.

Faaaaabulous, and I wish we had been able to take it further or have an open-ended run in San Francisco to pay homage to Sylvester.


We must discuss your looks! Please describe the elements you use to maintain your fabulosity. 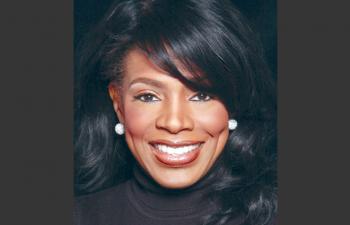 I always keep hope alive. I am tenacious in that I never give up! I live with love in my soul, in my heart and I believe in being grateful, thankful, open-minded. You should read my book, Redefining Diva: Life Lessons From The Original Dreamgirl. It's actually very good.


Supermodel and make-up maven Iman has said, "Foundation is The Holy Grail of black women's make-up." What brand do you rock and how long did it take you to find it?

I love make-up, but I'm not a slave to make up. I shop everywhere. I try to keep abreast of new different products, but I never stick to just one thing. I can shop in Saks just as easily as I can shop in the ghetto fabulous Beauty Supply. I really do love Lady Gaga's new eyeliner. I found it on Amazon and I really love it.


Back To Help Is On The Way. It's a night of music, dance and an excellent bargain to see so many brilliantly talented people put in the work to help those in need. What do you want people to come away with, following an evening with you and your colleagues?

I want them to remember that we will never forget what took place in the 1980s; how so many of our friends suffered and died in silence and stigma surrounded by shame. We continue to raise awareness so that it never happens again.


I want to thank you for your tireless support of the LGBT community and with your work with Help Is On The Way. It's an extremely beautiful event and it keeps us mindful to be grateful and generous around issues of HIV and AIDS during the season. So, my first question is your opportunity to tell my readers about safe sex in the age of PrEP.

You know, I've said this from the very beginning; PrEP is like birth control. You don't take it sometimes. You take it all the time and, until you want to get pregnant or infected, then, you stop taking it or you get sketchy in the way you take it. So, if you're going to take PrEP, you'd better be prepared to be on your A-game of being responsible to yourself and others, and that's not always easy for people.


Bonus question from a fan: Alix Flores is a marketing and video production director. Her question: What role do you want to play in the film version of Mighty Real (of which you will, of course, be the executive producer)?

I'd love to play Sylvester's mother.