The Skivvies: Underwear singing duo and guest-stars at Feinstein's 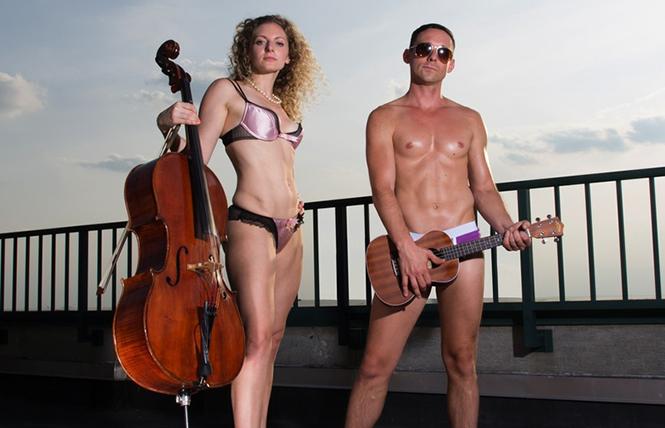 The Skivvies, aka Lauren Molina and Nick Cearley.

Ms. Molina, is that an accurate characterization of your underwear-wearing?

The Bay Area Reporter recently heard testimony from Molina and Cearley —collectively known as The Skivvies— about their subversive activities, including Touch My Elf, a one-night-only concert of holiday and pop song mashups at Feinstein's at the Nikko on Monday, December 2. 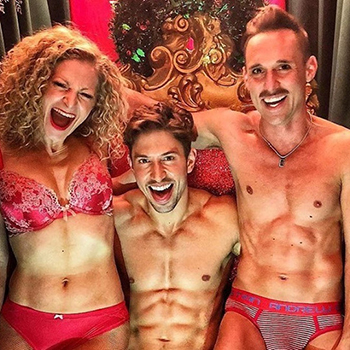 Nick Adams (center) joins The Skivvies at their Feinstein's concert.

"We'll definitely bring in plenty of current events," leaked Molina of plans for their latest barrage of undie-clad misbehavior.

At Feinstein's, they'll conspire with Broadway hunk Nick Adams (recently seen locally as Whizzer in the national tour of Falsettos), whose personal javelin will be barely concealed.
Lauren Zakrin, currently performing in Harry Potter and the Cursed Child at the Curran Theater, will provide further auxiliary power.

They found love
Molina and Cearley, regulars on New York and regional musical theater stages, have been friends since 2004, but took on their Skivvies alter egos seven years ago when, during an impromptu jam at Molina's apartment, they decided to put a performance of Rihanna's "I Found Love" up on YouTube.

"I'd been hanging around in my bra," recalls Molina, and I asked Nick what he thought we should wear. "And we decided to take off most of our clothes and do a series of what we called 'stripped down' cover songs."

Performing nearly naked, acknowledges Cearley, "is the oldest gimmick in the book" when it comes to grabbing attention. But the Skivvies' ability to hold that attention for seven years is due more to their appeal to a fan base of what he calls "smart music nerds." Their clever medleys have songs with shared themes, such as an S&M mashup which excerpts the likes of "Beat It" and "Hit Me With Your Best Shot." 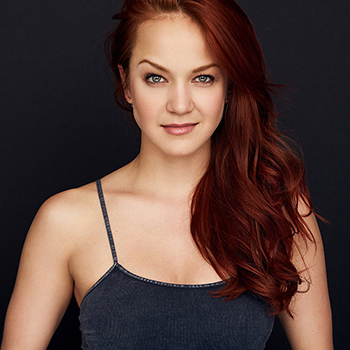 And their delightfully juvenile instrumentation and arrangements is not only infectious—it's been blatantly cribbed by Jimmy Fallon for his "Classroom Instruments" segments on The Tonight Show.

"The Skivvies really ends up being more about a loose, silly state-of-mind than the fact that we're in our underwear," says Molina. "When audiences respond to our humor, I feel like, 'Wow! These are our people.' And for the actors who are our guest performers, The Skivvies is an opportunity to perform in a warm experimental environment where there's freedom to be playful in a way you can't when you're in a Broadway show."

The duo recently extended their creative partnership beyond The Skivvies, conceiving and co-starring in an actor-musician version of You're A Good Man, Charlie Brown —inspired by Molina's cello- playing turn in the John Doyle-directed Broadway production of Sweeney Todd— which debuted to praiseful reviews this spring at the Cincinnati Playhouse (They played Linus and Lucy).

"As an actor," says Molina, "You're generally at the mercy of someone giving you a job and giving you a lot of direction on how to do it. As The Skivvies, we run our own show."