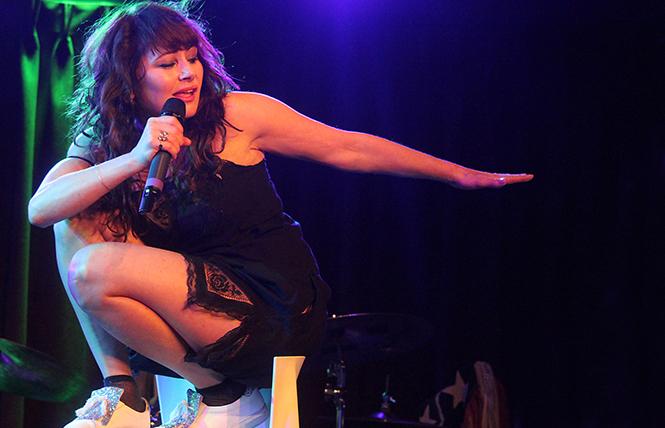 Ruffelle first gained fame for her portrayal of Eponine in Les Miserables, a role she played on Broadway and in London, winning a Tony Award along the way. She made her American television debut in 1987, performing "On My Own" on The Tonight Show with Johnny Carson. 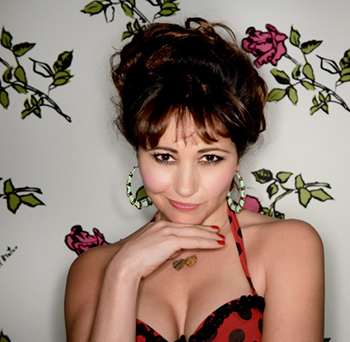 "You have such a big voice for a petite young lady," Carson told her.

According to Feinstein's publicity, Ruffelle "turns cabaret upside down and crushes it under her high heels to create a refreshing new form of entertainment."

"The show is inspired by my own life," she said of her Feinstein's appearance. "I started writing it the day I started recording my last album, also the day the love of my life walked out, which happened to also be Independence Day. The show is basically about men, booze and a dog. I could say it moves from heartbreak to empowerment."

Ruffelle didn't want to say too much about the show because that would be giving it all away, although she did say that she wanted to do a theater piece, albeit in a small, intimate cabaret setting.

"All my one-woman shows are like mini-musicals, kind of," she said. "Each song moves the scene forward and there are scenes between the songs, little vignettes. In the latest show the vignettes are in the style of the French poet Jacques Prevert. They are short, dark and funny. Also, I have the attention span of a pea, so I write my shows for people like me. They are fast-paced. I try to keep the audience on their toes, never knowing where they will be taken next." 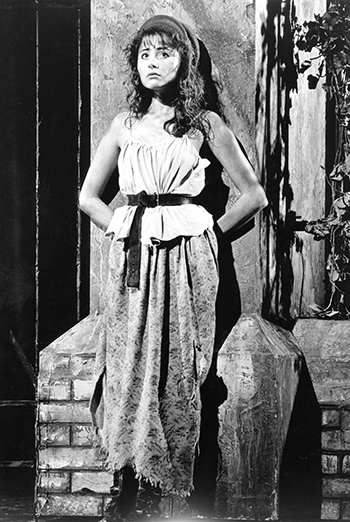 From the beginning, Ruffelle was destined for the theater. She was raised in London's East End, where her mother ran a theater school for kids up to age 16. Her father, a former telephone engineer, eventually started running her mother's office at the school. Her parents are now in their 80s and are still running the school with the help of her younger sister.

"I always knew I wanted to act and sing," she said. "But I really didn't think I could sing. I always had a husky voice. I couldn't believe it when I landed the role of Dinah in Andrew Lloyd Webber's Starlight Express. I worked hard to be a singer, took lessons and somehow managed my husky voice and all has worked out quite well, luckily."

She says that she loves to perform, it's her natural high. Her idols include people like Judy Garland, Liza Minnelli, Elvis Presley and Barry Manilow.

"I could go on and on," she said. "I've spent my whole life looking up to people like that."

Ruffelle knew that she wanted to be part of Les Miserables from the moment she heard it, before she was even offered the job. As they rehearsed, she and the cast knew they were on to something special. They were moved to tears by the scenes. But even then, they had no idea of the phenomenon the show would become.

"I am so grateful for all the opportunities Eponine and Les Miz have brought me," she said. "I doubt I'd be living in New York now if I hadn't done that iconic role in such an iconic show. I'm even so grateful that I still sing 'On My Own.'"

Ruffelle is very much looking forward to playing San Francisco, as well as to other West Coast cities.

"My band is super hot, led by my musical director Jude Obermuller," she said. "Get out of the bloomin' house and give me a hug at the end, I'll need it. And you might too!"