Gina Yashere and Friends at Freight and Salvage 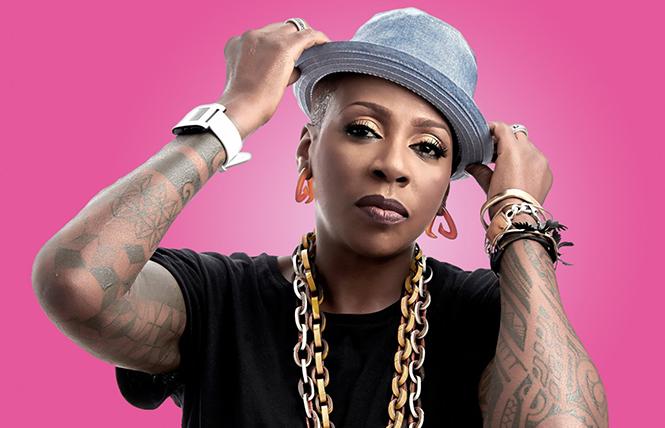 On Sunday, September 8 comic Gina Yashere returns to Freight and Salvage in Berkeley for a hilarious night of gay comedy. Yashere, whose star is shining brightly in the comedy world, will be joined by fellow funny people Sampson McCormick and Karinda Dobbins. All three performers are gay, as is Lisa Geduldig of Kung Pao Kosher Comedy, the show's producer. It's bound to be a night where a gay old time will be had by all.

Headliner Yashere was born and raised in London to Nigerian parents. She began her professional life working for Otis as an elevator engineer before making the switch to comedy. People have been laughing ever since.

In September Yashere makes her debut as a sitcom creator when her new show Bob Hearts Abishola begins airing on CBS. Yashere serves as a writer and producer on the show and will also be playing a supporting role. She co-created Bob Hearts Abishola with Chuck Lorre, who brought Big Bang Theory, Young Sheldon and Two and A Half Men to the tube. Always a hard worker, Yashere also has several comedy specials on Netflix, one of which was produced at the Brava Theater in San Francisco. In addition, she is the British correspondent on The Daily Show With Trevor Noah. 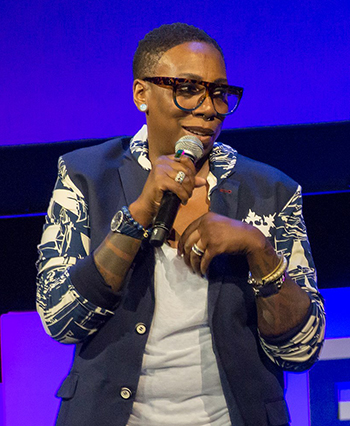 "I don't consider myself a celebrity," Yashere tells the Bay Area Reporter. "I just consider myself an entertainer and performer. I'm working, so whatever work I can get I'm taking it. It's going really well right now."

Yashere was happy to talk about her TV show, which will debut on Sept 23.

"It sounds like a love story but it's a bit more," she said. "It's about a Detroit businessman who goes to the hospital after having a heart attack--he falls for the Nigerian cardiac nurse who's looking after him. We go into her life and her family as immigrants from Nigeria coming to America trying to make a life for themselves. She's trying to get her kid through school, to make sure that he does well in life, and her expectations are excellent for that child."

Yashere pointed out that, though the show will be presenting real people and real issues, it's very much a comedy. Her role is that of the Nigerian nurse's friend, a friend who she confides in about what is happening in her life.

"And I'm advising her, in a hilarious way," Yashere said.

Her involvement with the show came about as the result of a phone call. Lorre wanted to meet her. She was living in New York at the time, so she flew out to Los Angeles for the meeting. Lorre had the idea for the show and needed Yashere's help.

"They were three white guys and they said they couldn't write it," she recalls. "They needed an authentic voice for the show. They brought me in originally as a consultant to help them bring that authenticity and they ended up saying 'We need you'. So I stayed and helped them write and create the show."

They produced a pilot, which Yashere had a good feeling about. She packed up her life in New York, bought a house in Los Angeles, and headed west.

She explains how she made the unexpected jump from repairing elevators to comedy.

"I've always been funny," she said. "People told me I was funny. I never realized that I could actually make a living from it, so I never considered it." 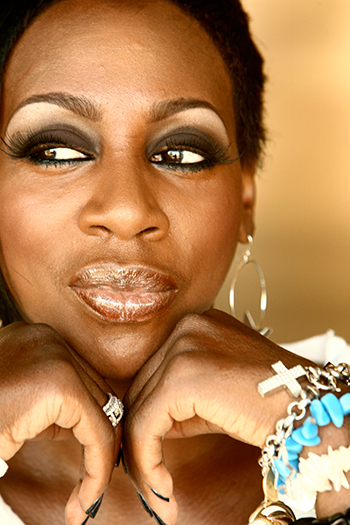 But around 1997, Yashere was laid off from her job in the elevator industry. She was 22 years old and decided to spend the summer doing fun things that she had never done before. It was during this hiatus that she fell into comedy, and never looked back. Her first gig was at a small fifty-seat theater in London. She says that she killed it.

"If I hadn't killed it I might not be doing this today," she said.

She refers to her stand-up as a "comedy memoir" in which she talks about herself and her experiences. There's also talk about her mom but Yashere is always careful never to be disrespectful. There was a set she did in London a few years back where she introduced her mom to the crowd--her mother got thunderous applause.

Yashere's comedy is also inspired by the things going on in the world.

"I do straight observational stuff and political stuff," she said. "Whatever I see that I can make funny, I'll talk about it. I'll talk about misogyny and racism, though I don't talk about Trump that much because he's like a vampire. You keep talking about him and he gets stronger. But I will talk about healthcare in America. I think it's a travesty that people are being bankrupted by their healthcare, or dying because they can't afford medication. I'll talk about stuff like that, but in a funny way. My first call is always to make you laugh, and if you learn something while you're laughing, that's a bonus."

Yashere noted that her lesbianism does, on occasion, work its way into her routines. Her being a lesbian and having a girlfriend is part of who she is.

"I am who I am," she said. "I'm a walking political statement. I'm a Black female lesbian immigrant. I check all those boxes. I hold nothing back. It's extremely important to be visible, and to be out and outspoken. And that's what I am."

When she appears at Freight & Salvage, Yashere says that she'll be talking about her new TV show. She hints that there's a very funny story as to how the project came about. She'll also be talking about her travels and her experiences. She's been all over the world. She promises a great night of fun and laughter.

"If you like laughing and having a good time, surrounded by easy going people with no hate in their hearts, come out!" she said. "It's a good night of entertainment. Just a good, fun night, that's all it is. I'm here to entertain."