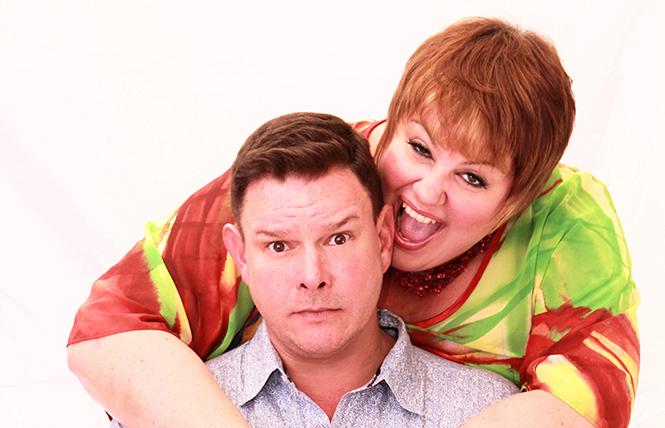 "My favorite holiday song is 'Have Yourself A Merry Little Christmas,'" offers Freddy Allen. "Judy Garland's version always makes me cry. I'm also the rare person who actually likes 'I Want a Hippopotamus for Christmas'. It's just silly, and I love it."

Do you hear what I hear?

It's the sound of seasonal sincerity. And you better think twice if you're expecting anything less from the consummate piano and vocal duo Amy & Freddy, when they play at Oasis on Sunday, December 16.

"I know it's usually a drag-heavy venue," adds Armstrong, a soulful belter who's no stranger to risqué patter. "But I hope that people will be in the Christmas spirit."

The pair's set will include a smidge of naughty in the form of Armstrong's "12 Drinks of Christmas" parody and a rendition of the 1960s novelty "Pretty Little Dolly," but mostly they'll be serving nice.

"I think that's just who we are," says Allen. "We're both down-to-earth people. We don't put on airs or be fake."

While it seems de rigueur for budding young performers to explain that they aspire to express their "authentic selves," Amy and Freddy have doing just that —no muss, no fuss— for decades. 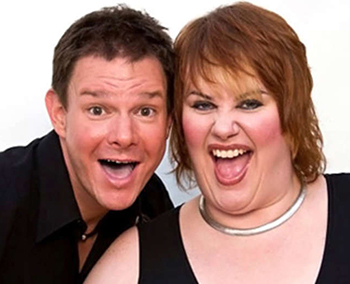 The duo has been playing together for 23 years, since meeting at an open mic night in a Chicago bar where Allen was at the keyboard.

"I think the first song we did together was 'Le Jazz Hot' from Victor/Victoria," recalls Armstrong.

In 1998, already well-established as a duo in the Windy City, the pair was recruited by RSVP Vacations to perform on gay cruises.

"Neither of us had ever been on a cruise before," recalls Allen.

"I grew up watching The Love Boat," remembers Armstrong. "I was ready to be Charo or Ethel Merman."

"After our first show on the ship," remembers Allen, "more and more people kept coming. They were adding chairs to the lounge every night until people were spilling into the hall by the end of the week."

To date, Amy and Freddy have performed on more than 80 cruises. By performing for vacationers at night and socializing with them by day, the pair developed a unique intimacy with a geographically far-flung audience.

When they play concerts in San Diego or Provincetown or Columbus, Ohio, Amy and Freddy can quickly elicit a cozy camaraderie that's not so different from what you find among the regulars at a piano bar.

While their audiences feel a closeness to Amy and Freddy, the performers themselves say they're truly family, a feeling that's magnified around the holidays.

"I've played with other musicians," says Armstrong. "But there's something to be said for performing with someone who, after 23 years, just gets you. Who understands what you want to bring out in a song.
Music is so much about memories. I get really emotionally attached to songs. And I think audiences can feel that. Over the years, Freddy and I have seen each other through the loss of a parent, a divorce, so may life experiences," says Armstrong.

Both now have second husbands, and Armstrong officiated Allen's wedding.
"I remember one year after Freddie had lost his father. We each had one living parent; my dad and his mom. The four of us got together for Christmas and sat around the piano, singing all night."