Stars shine for 'Help Is on the Way XVII' 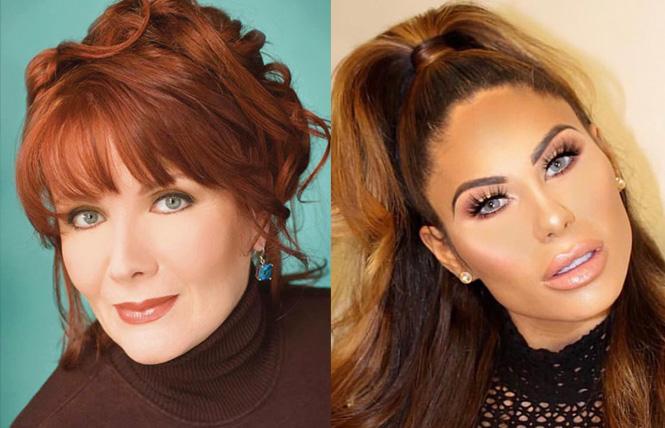 Stars of stage and cabaret will perform on Mon., Dec. 10, at the Marines Memorial Theater in "Help Is on the Way XVII," a gala fundraiser for the Richmond Ermet Aid Foundation. Founded more than 25 years ago by the late Barbara Richmond and Peggy Ermet, both of whom lost sons to AIDS, REAF envisions a world without AIDS, and stages performance events throughout the year as fundraisers for AIDS charities. Proceeds from HIOTW XVII will benefit Project Open Hand and Positive Resource Center.

HIOTW performers include Maureen McGovern, who rose to fame in 1972 when she sang the Oscar-winning song "The Morning After" for the classic disaster film "The Poseidon Adventure." McGovern, who performed hit tunes for other films and made a name for herself on Broadway, has performed at many REAF concerts. She explained to the B.A.R. what keeps bringing her back.

"I have been part of AIDS benefits since the early 80s," she said. "Over the years I have lost many dear friends to AIDS. I will never forget them. I sing in honor of those we have lost and also in support of the great works that the REAF HIOTW concerts provide for men and women living with HIV & AIDS."

"American Idol" alumnus Mikalah Gordon has also done many AIDS benefits. She tells B.A.R. that her very first public performance after "Idol" was an AIDS benefit at which she was schooled in the art of dressing for the stage by drag queens.

"I remember sitting in the dressing room with all of these beautiful drag queens who were also performing," Gordon recalls. "One by one, they came up and added a lash, and pink contour powder, and a necklace. Honey, I was a queen by the end of the night. Truly, I know how to be a lady because of drag queens." Gordon said that after that performance she became friends with a boy who later died of AIDS.

"It impacted me so much at such a young age, and I never forgot that," she said. "It will continue to be my mission to find a cure. I never have felt close to my born family, but that night, I found my family. REAF is an incredible organization, and I am beyond honored to be a part of this night. REAF is creating awareness that in 2018, we still need a cure. 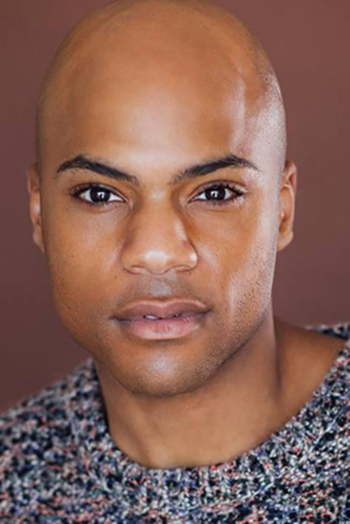 "I got a call last year to play Melania Trump in this Off-Broadway show called 'The Trump Family Special,'" Gordon said. "I created this little fan-base, so I made my Web series 'Inside Melania' that you can find on YouTube. It's based on how I think Melania would act if she ever left Donald. My favorite episode is when she tries Uber for the first time.

"I think because I never felt like the prettiest girl, I knew I could at least be the funniest," she said. "It always got me out of being in trouble. I wanted to star in my own sitcom, so somebody recommended that I try stand-up. After that, I was hooked. Nothing is more thrilling than making people laugh. My dream role is to play 'Funny Girl.' Barbra Streisand is my biggest inspiration."

Rising musical theater star Darius Harper, whose credits include "Kinky Boots" and "The Book Of Mormon," is another performer who feels moved to return to HIOTW.

"There was something about the spirit of San Francisco that stuck with me last time I was here," he said. "It's a really free place, and I was feeling really free at the time. Not to mention the dire importance of HIV/AIDS outreach and research funding. I'm happy to be back."

Harper feels that it's particularly important to support AIDS charities given the anti-LGBT policies of the current administration and the threats to cut AIDS funding.

"Organizations like REAF and Broadway Cares Fights AIDS are extremely important, especially right now," he said. "HIV/AIDS is not only a gay disease, it's a people disease, and it's not over. There's still so much more work to do, I know this first-hand. People are still dying today, in 2018. People are still being charged hundreds of thousands of dollars a year for medication, the cost of living is enormous."

Other performers include local cabaret legend Sharon McNight, comic and cabaret bad boy Shawn Ryan, jazz great Paula West, and many others. An evening of spectacular entertainment is promised.

"When I go out on that stage, I hope I can express my love for our community and also pay tribute to John Richmond, Doug Ermet, and all of our brothers and sisters," said Gordon. "It is a difficult time for our community due to the current administration. It's the reason I took my current job as the morning show co-host of the first LGBTQ radio station, I want to make our voices heard. I am only who I am because of the bravery and passion of the fighters before us. The love that Barbara Richmond and Peggy Ermet showed for their sons is incomparable. I hope I can always lead with that kind of love in my heart and the love I'll leave on that stage."